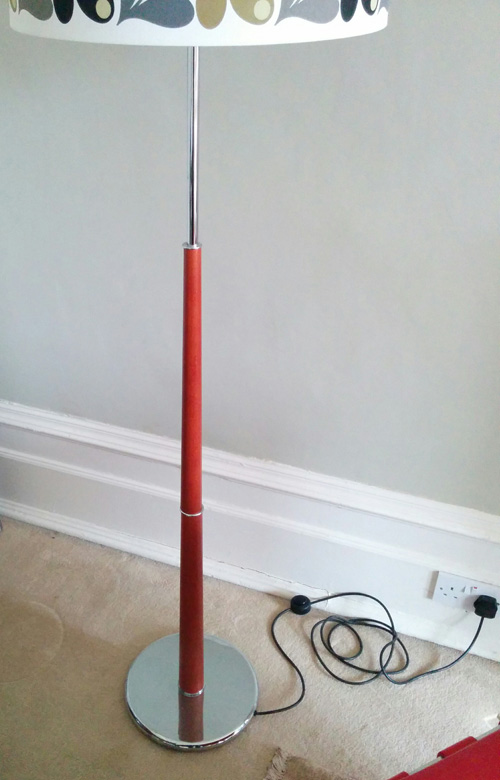 We seem to be always short of lighting here. I’m not a fan of central pendant lights, and in our Lewes house we made use of lamps. But whereas one standard lamp could light a room in the old house, here we need at least four lamps in each room. Consequently we’re still moving lamps around all the time.

So I was excited to see on eBay a standard lamp base for sale, ex-hotel stock, for just a fiver. Red wood & chrome, it looked like it would be a good fit with the 1970s standard lamp base I inherited from my parents. With it being ex-hotel, I thought it was likely to be heavy duty (everything in hotel rooms is either fixed, nailed down or too heavy to move/take away!)

Even better, it turned out the vendor is based in Eastbourne. When we picked it up, we discovered an enormous Aladdin’s cave of STUFF – I suppose hotel and shop clearance means at least ten of everything, and some of it gigantic: chandeliers, lamps, tables, sofas, chairs, wardrobes, mirrors, piled on top of each other. Shelves stuffed high with bedding and table cloths. There was something fascinating but a bit sad about it. An entire lighting shop must have gone out of business, as one section was given over just to lighting, with hundreds of lampshades falling over themselves for space.

Anyway, while we were there we couldn’t resist a pair of table lamps with shades which we got down to about £20 each. Here’s one of them – 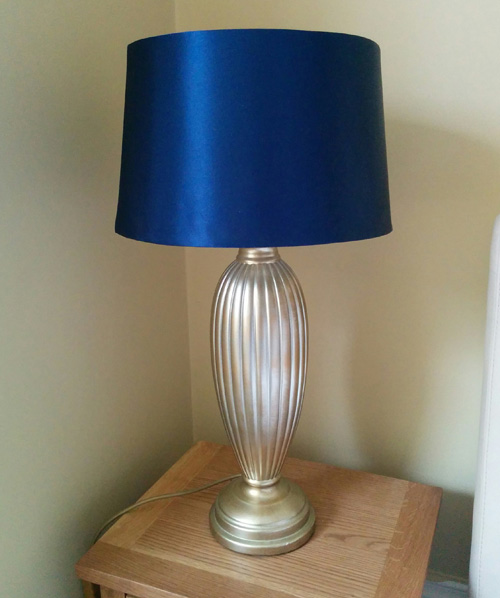 But back to the standard lamp – the base was indeed very heavy, and it had a foot-operated on-off switch, which I liked. The chrome and wood seemed unmarked. We were told it needed a new plug. 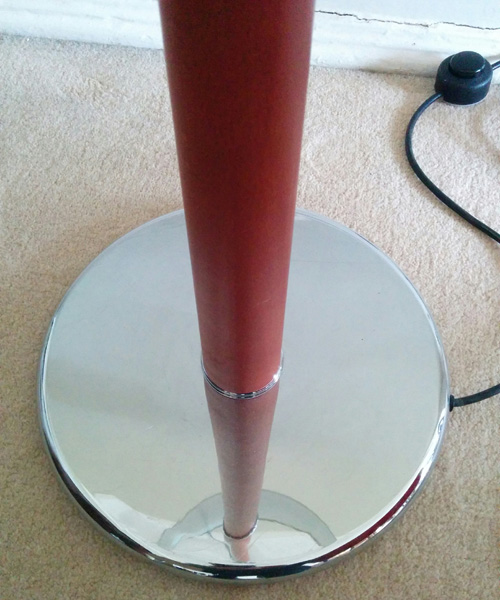 When we got it home, we put on a plug, screwed in a bulb, turned it on and… it blew. The fusebox tripped and there was actually a hole in the metal part of the bulb! 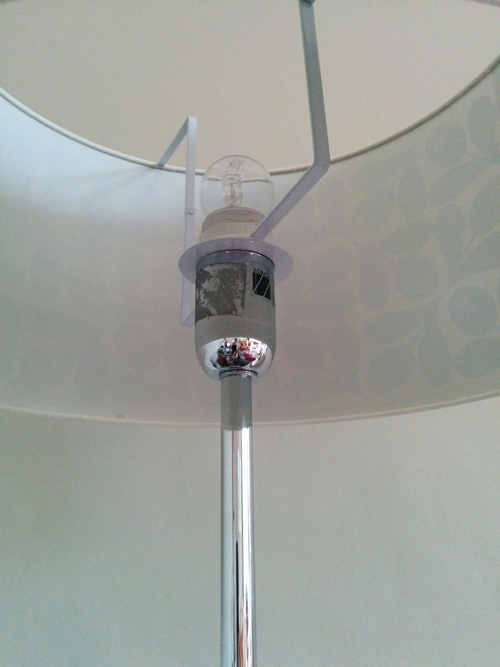 I was a bit worried at that point that it was something to do with being wired for Europe where the voltage is different (it had come from Italy). I investigated replacing the lamp holder, or the wiring. All a bit complicated. And hey, it only cost £5, so if it was a dud, so be it. Then we had the idea of asking the electrician who happened to be here helping with the boiler fix. He fiddled with it, and moments later it was working. Apparently there was a dodgy connection in the lamp holder. 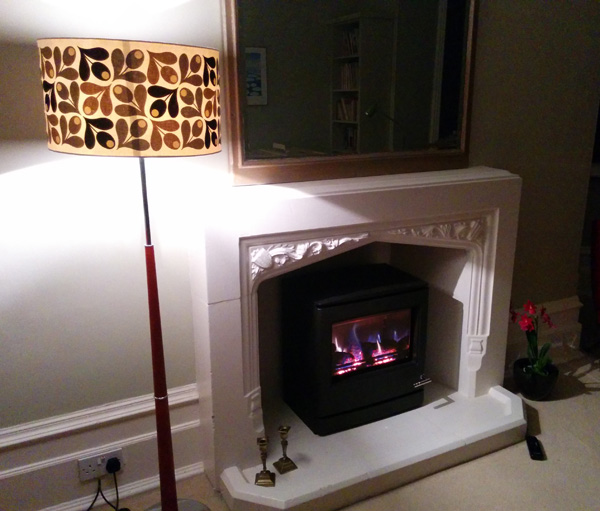 So we put it together with one of the Orly Kiely lampshades we picked up half price in a sale, and now it’s sitting happily by the music room fireplace.