Although I tackled the exterior of the living room windows in the summer, the interiors were still in a poor state until recently. Peeling paintwork, some nasty holes and cracks. I wasn’t planning on stripping them right back, but once I got out the scraper large expanses of paint came off very easily. I guess as with the door the dark wood wasn’t properly prepped before someone slapped on the white gloss, and now it’s ready to delaminate. This gives you an idea of what stared at us every morning: 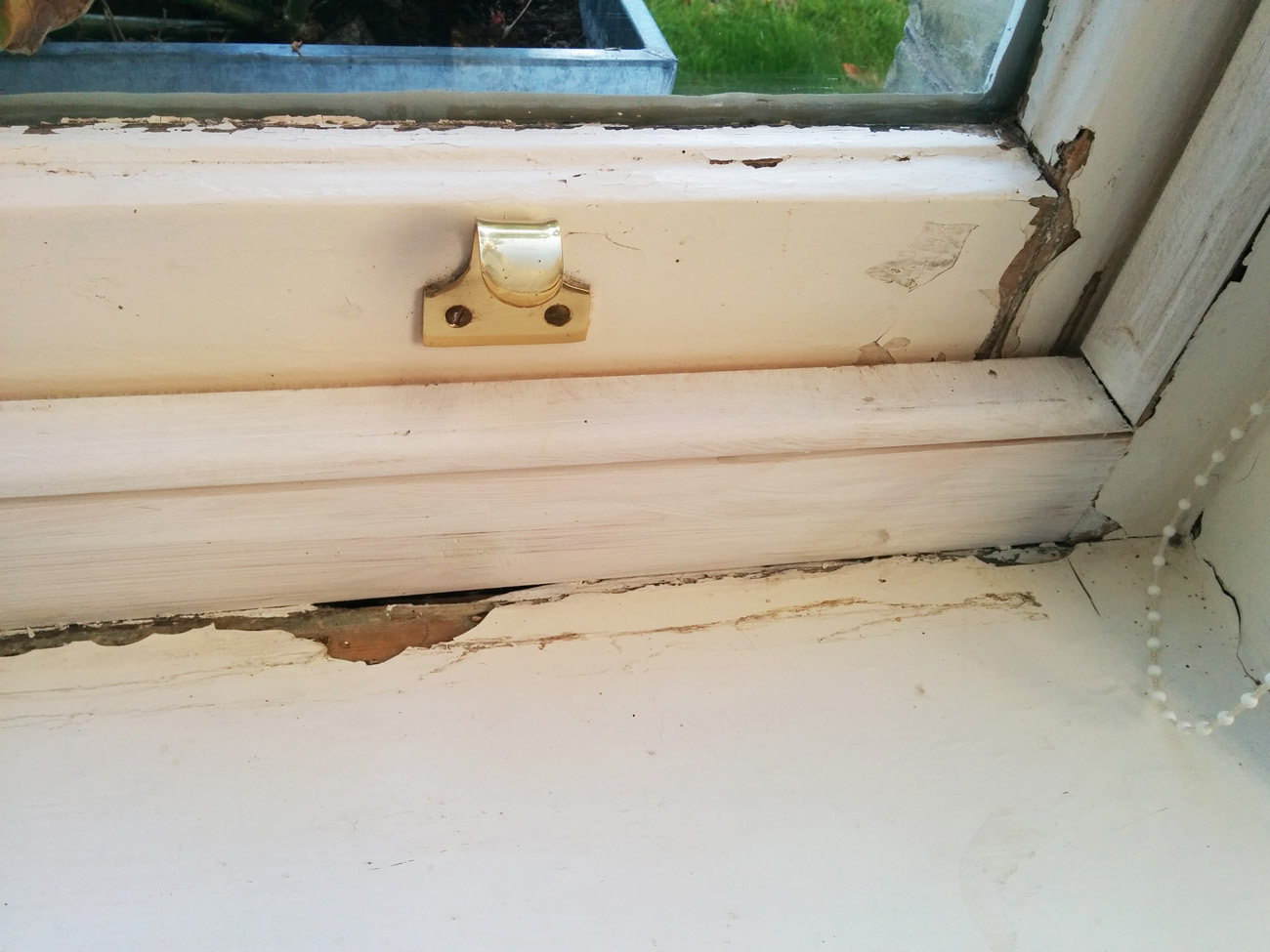 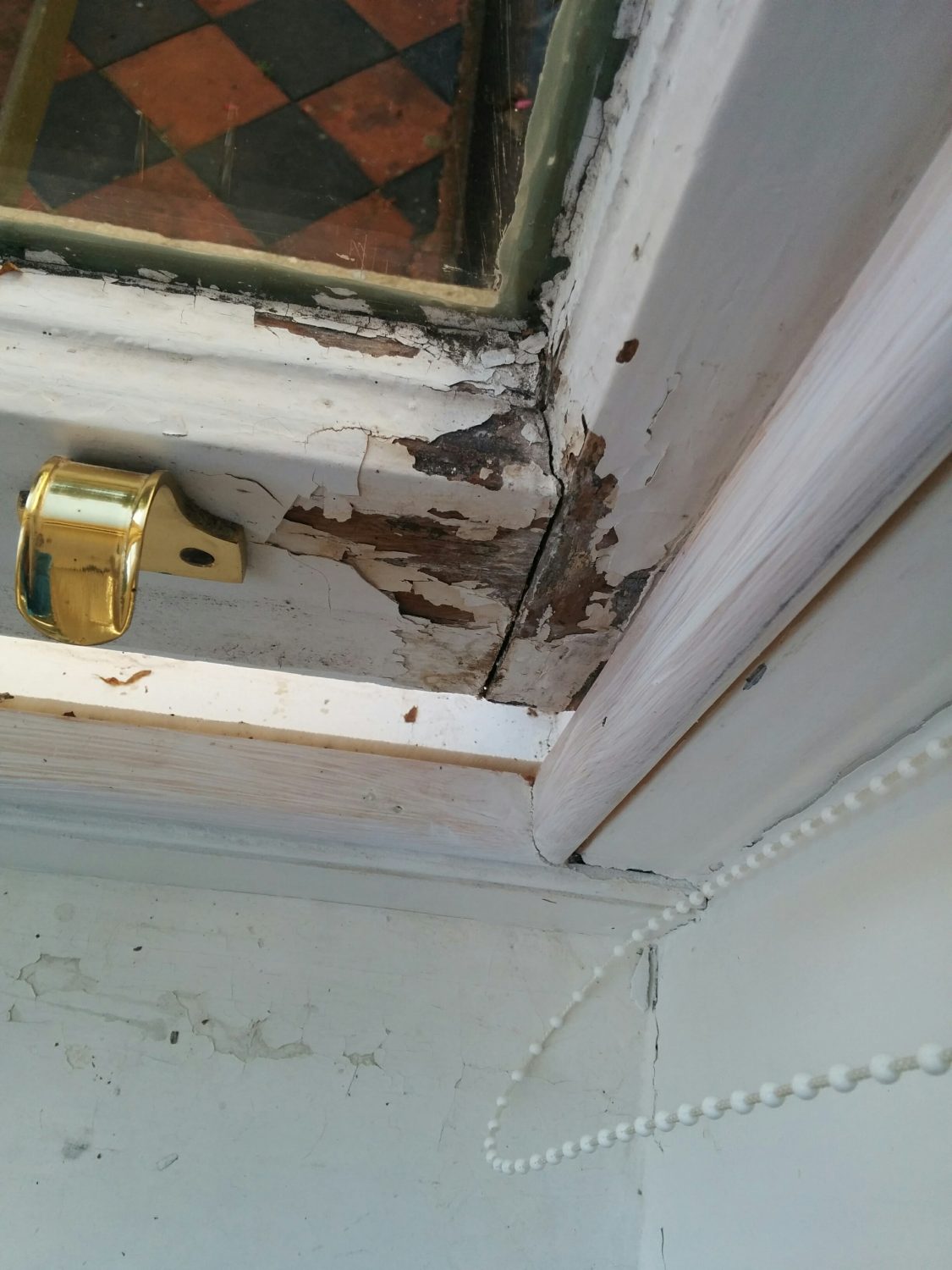 And once I’d got scraping: 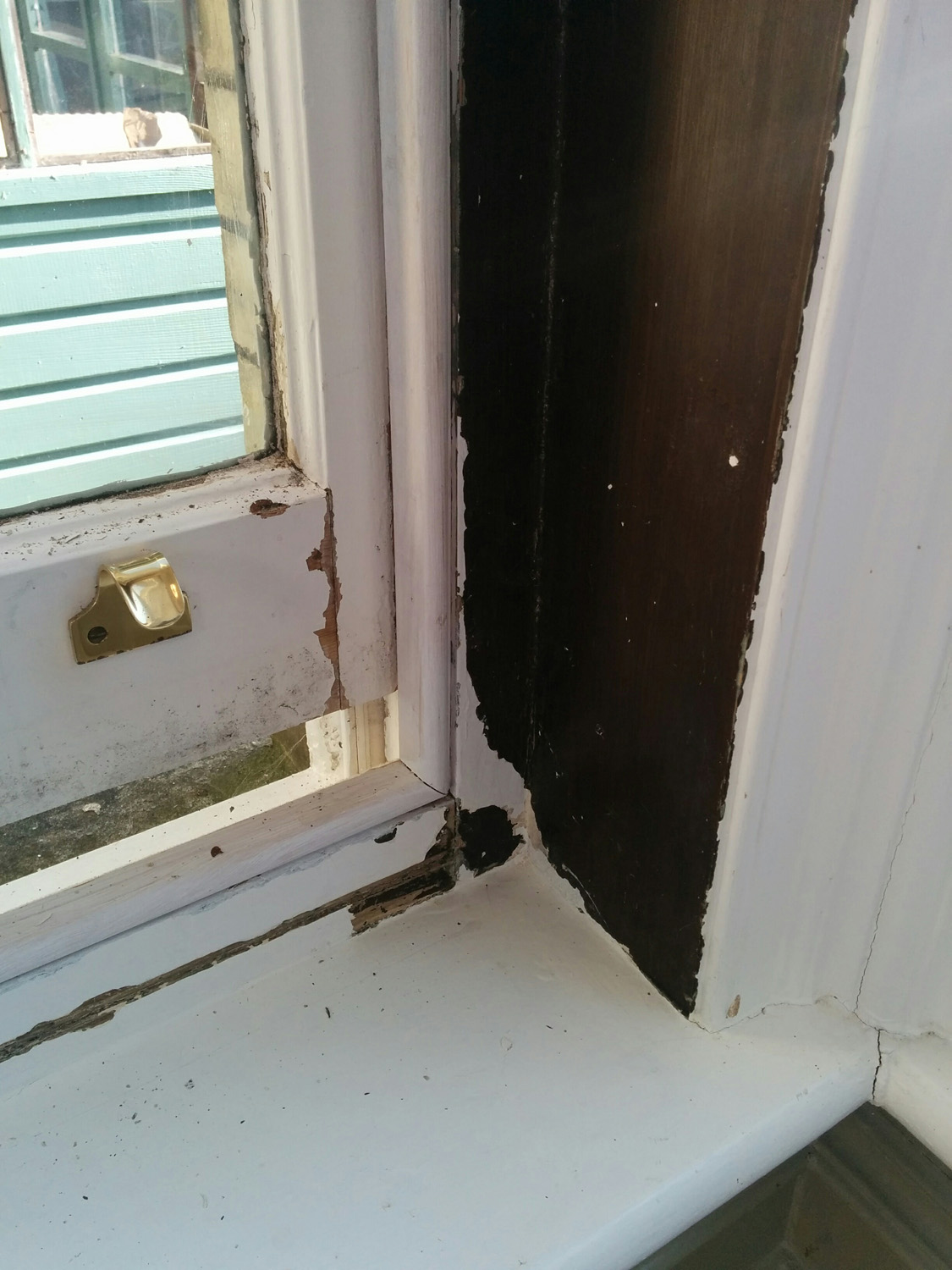 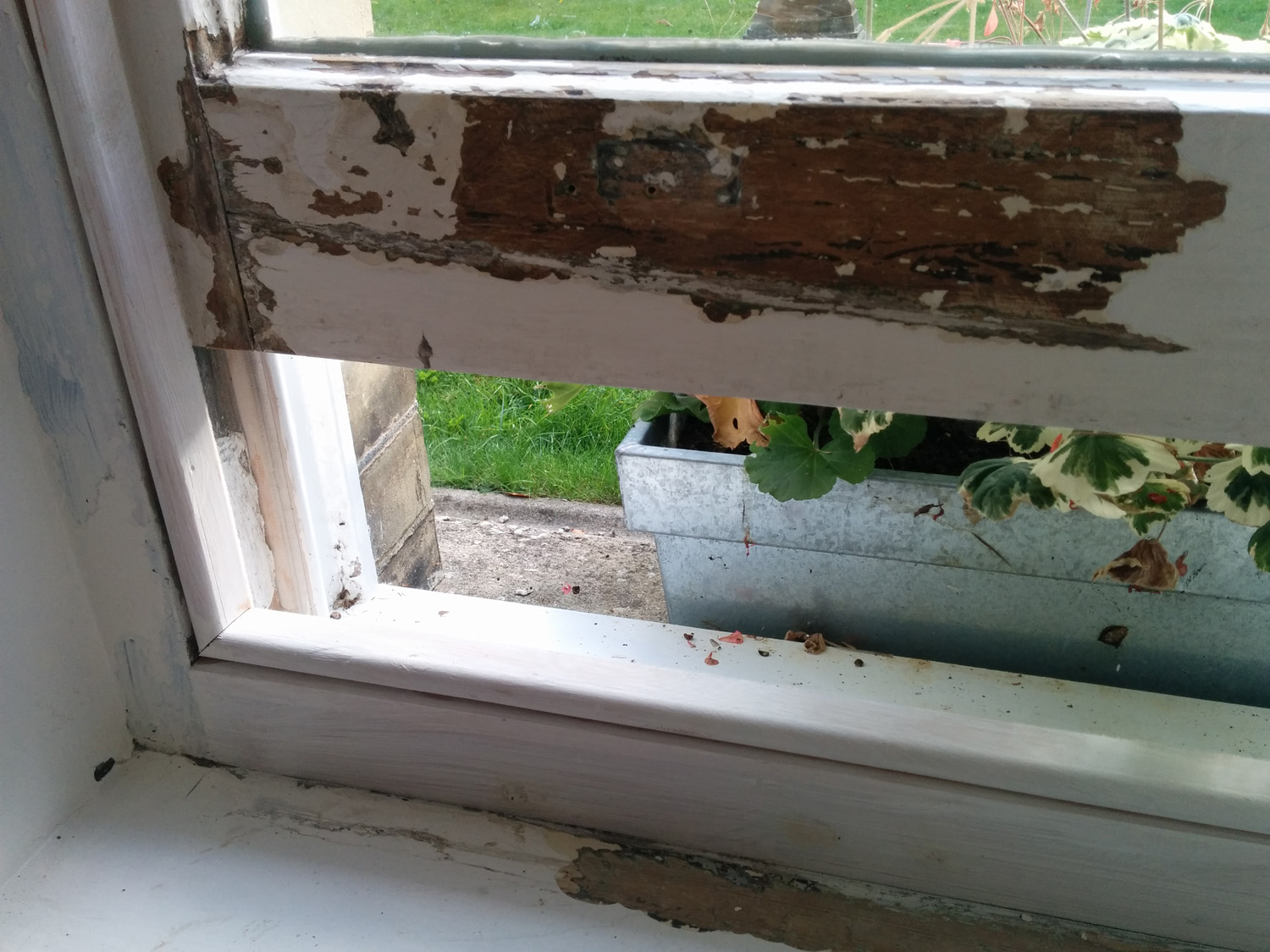 It took a lot of scraping and sanding, then filling. There was only one large hole that went right through to the outside, which I had to fill with little pebbles first before adding woodfiller which you can see here: 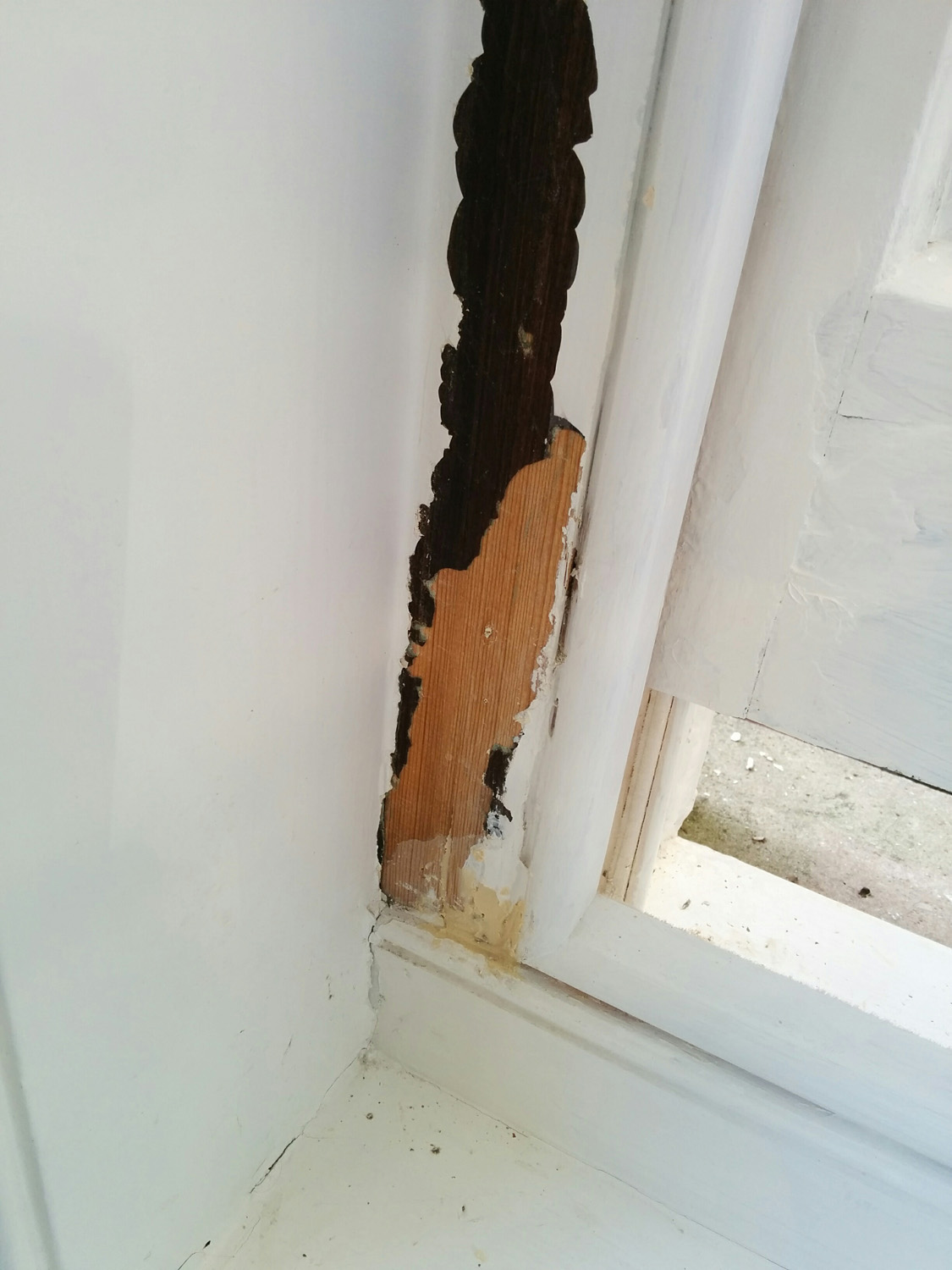 I then primed and undercoated with Farrow & Ball ‘light tones’… 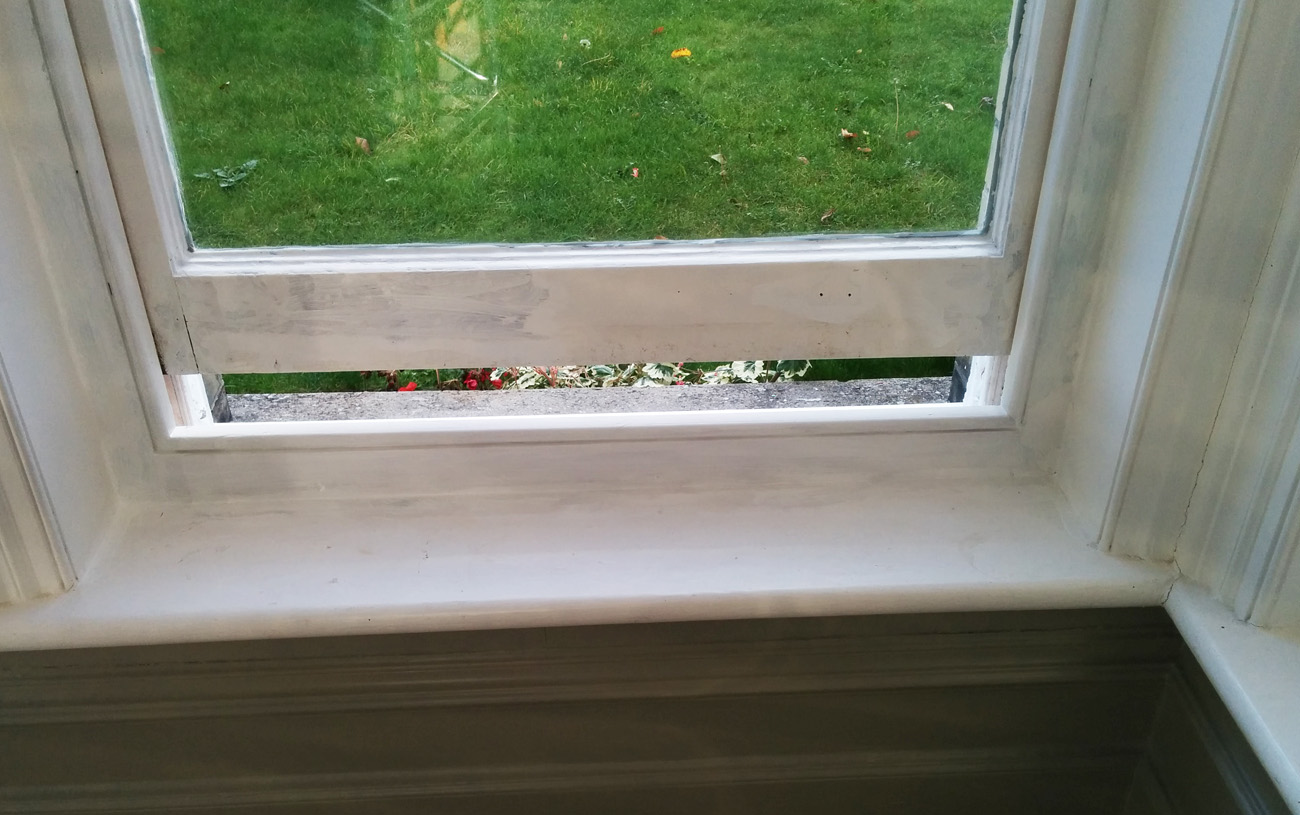 before finishing in Pointing. Nick helped at this point because it meant going up the scaffolding tower to paint the top sashes. I’d actually managed to avoid that during the prep because all the deterioration was in the lower sashes, particularly the meeting rails, presumably where all the condensation gathers. And the top sashes were painted shut some while ago I suspect.

There’s something about Farrow & Ball paint that is so lush and creamy, the photos don’t really do it justice. 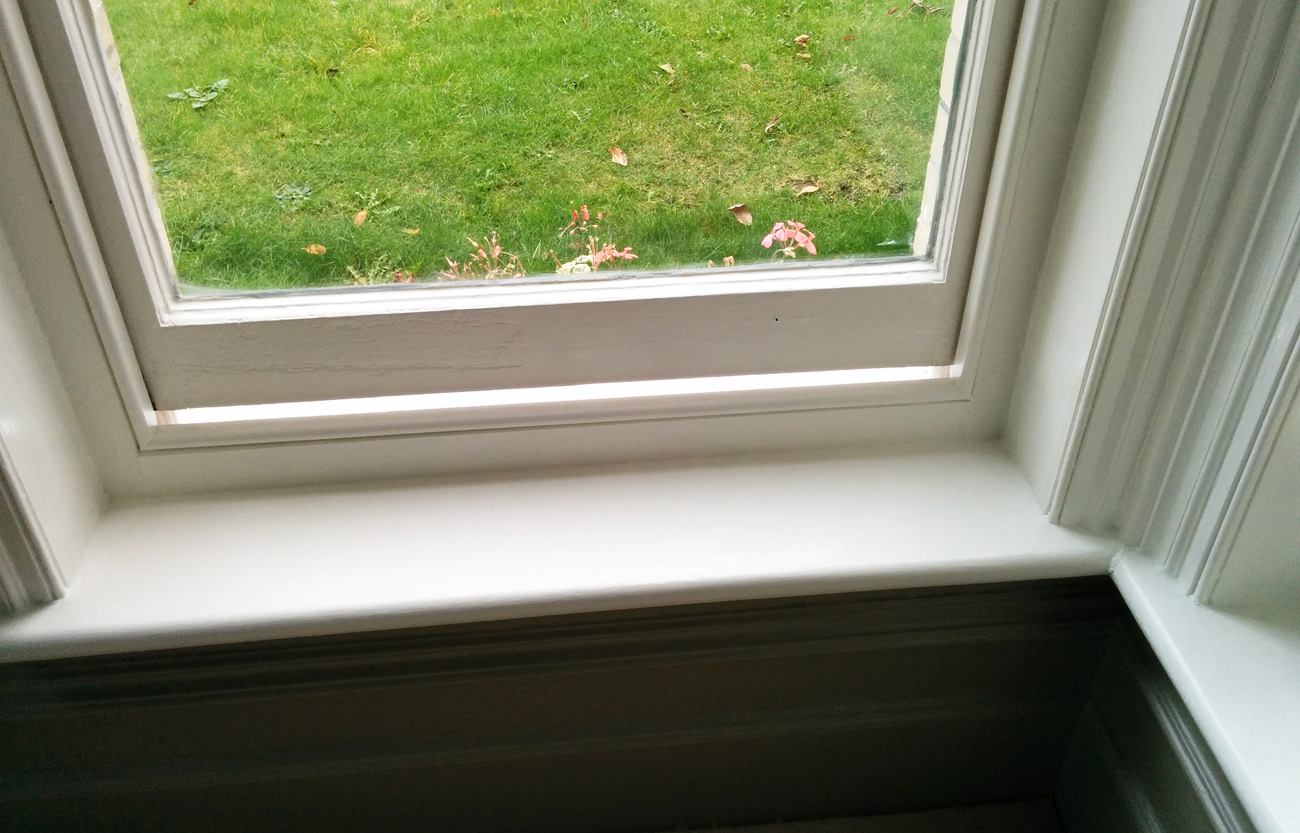