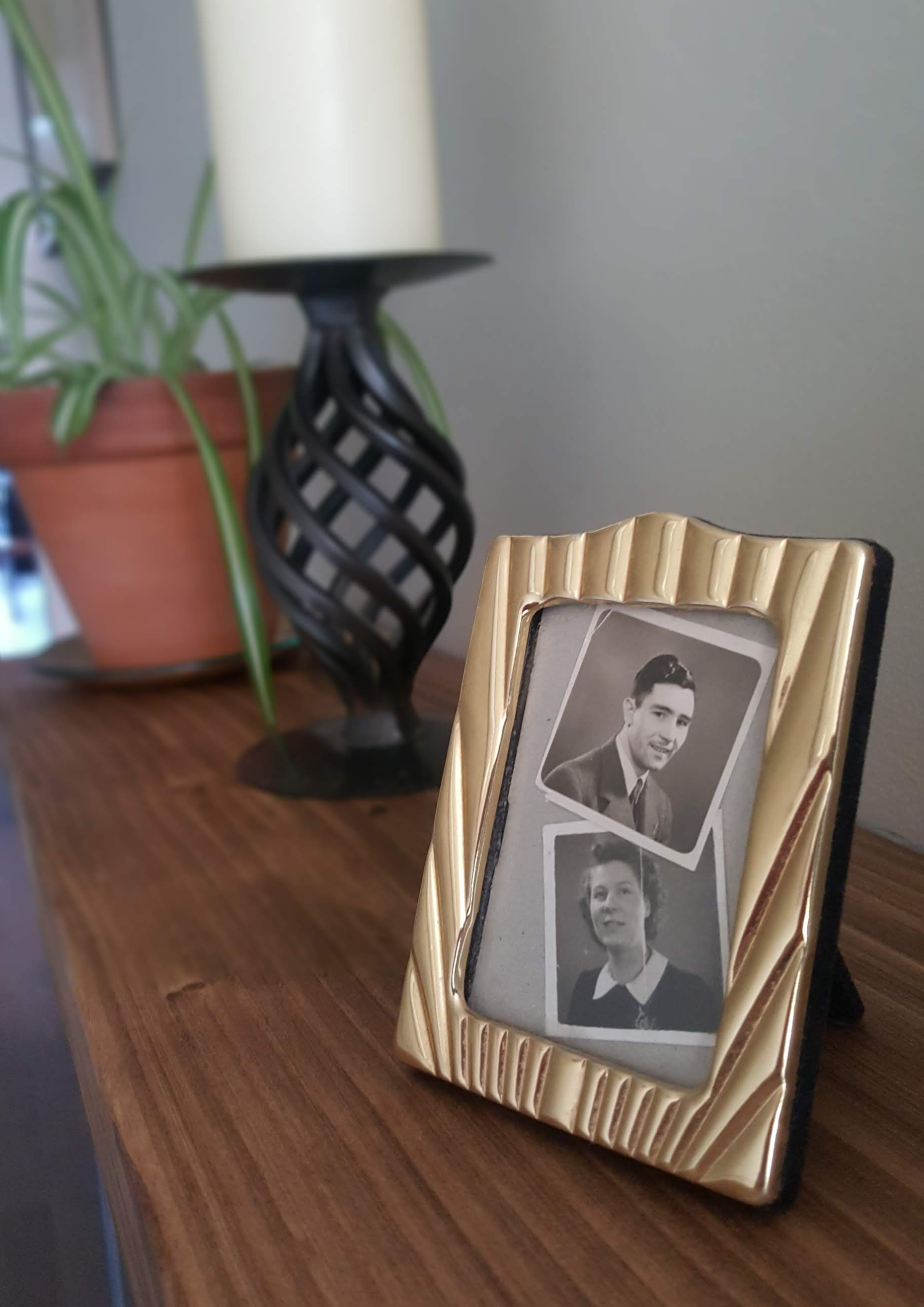 The long hallway has always felt like not the sort of space to linger in, and I’m still trying to figure out how to change that. There’s a large radiator on one side. We’ve toyed with the idea of putting a shelf above it. But it would be at a strange height. It also proved impossible to find a supplier of floating wood shelves that would make one three metres long. On the same wall is an annoyingly prominent red fire alarm box. It could have been fitted just around the corner of the same wall, but no, some jobsworth with no interest whatsoever in aesthetics just plonked it at about his own eye-level on a large bit of blank wall. Sorted!

How often this happens. But it can be really difficult to monitor, as they seem to do it just as your back’s turned. To my chagrin, it happened twice in our new bathroom – first of all the toilet roll holder – let’s slap it right there and make a feature of it when you enter the bathroom! These things always seem to happen when I’m out. Similarly the siting of the remote control unit in the shower. BAM! Right there in the middle of our beautifully minimal Porcellanosa tiling. No going back on that one. Builders never seem to appreciate the difference a few mils (or more) can make. This is a huge expanse of wall! Let’s just put it here in the middle, and get on with the important stuff. As if playing pin the tail on the donkey.

Anyway… I digress. The hall is a little bare, I wouldn’t call it narrow, but it’s not wide enough to put in a hall table, which seem to be a standard 40cm depth. We’ve thought about a runner. But would we want a runner the whole length? Wouldn’t that just accentuate the length and the narrowness? Its also not just a long thin hall – it opens up into an L-shaped area by the front door and doors to the two front rooms, and again into a hall area at the back. By the front door it’s narrow (no room for even coat hooks). The flooring is a wood laminate which extends through the kitchen and bathroom. We like the colour and feel underfoot. It’s easy to keep clean. But personally I’d like some sort of zoning with rugs, something to add some warmth. But finding rug(s) the right size isn’t easy.

So far we’ve put in a small hall table, which we’re pleased with but it seems a bit lonely at the moment. It was the only option I could find where you can specify a narrow depth (so as not to get in the way), but the maximum length available was one metre. So maybe it’s the proportions that are wrong for the size of the hall. The must be a way to tackle this visually. What’s the answer – should there be two? Or something else at the other end? And/or rug or runner? We’d had already had Nigel’s garden design plan framed and hung that on the wall opposite the radiator. I suggested we didn’t place the table right under the framed plan, because I wanted the option of putting on it tall flowers or a vase, which may obscure the picture. Now I wonder if we do need another table to balance it out. We’re currently thinking maybe we just need more pictures or something on the wall(s). There is a smallish mirror currently near the fire alarm box. UGH! 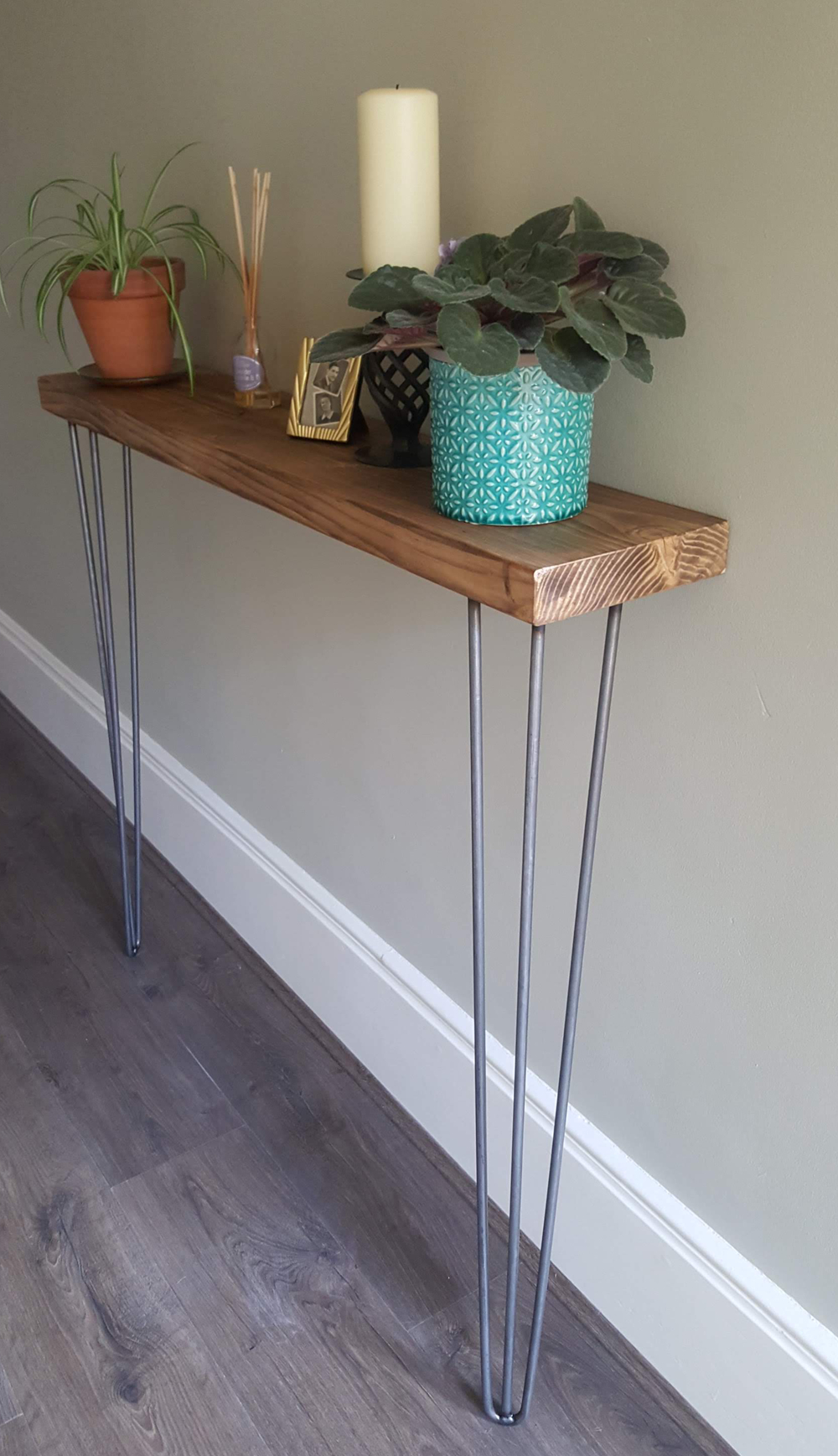 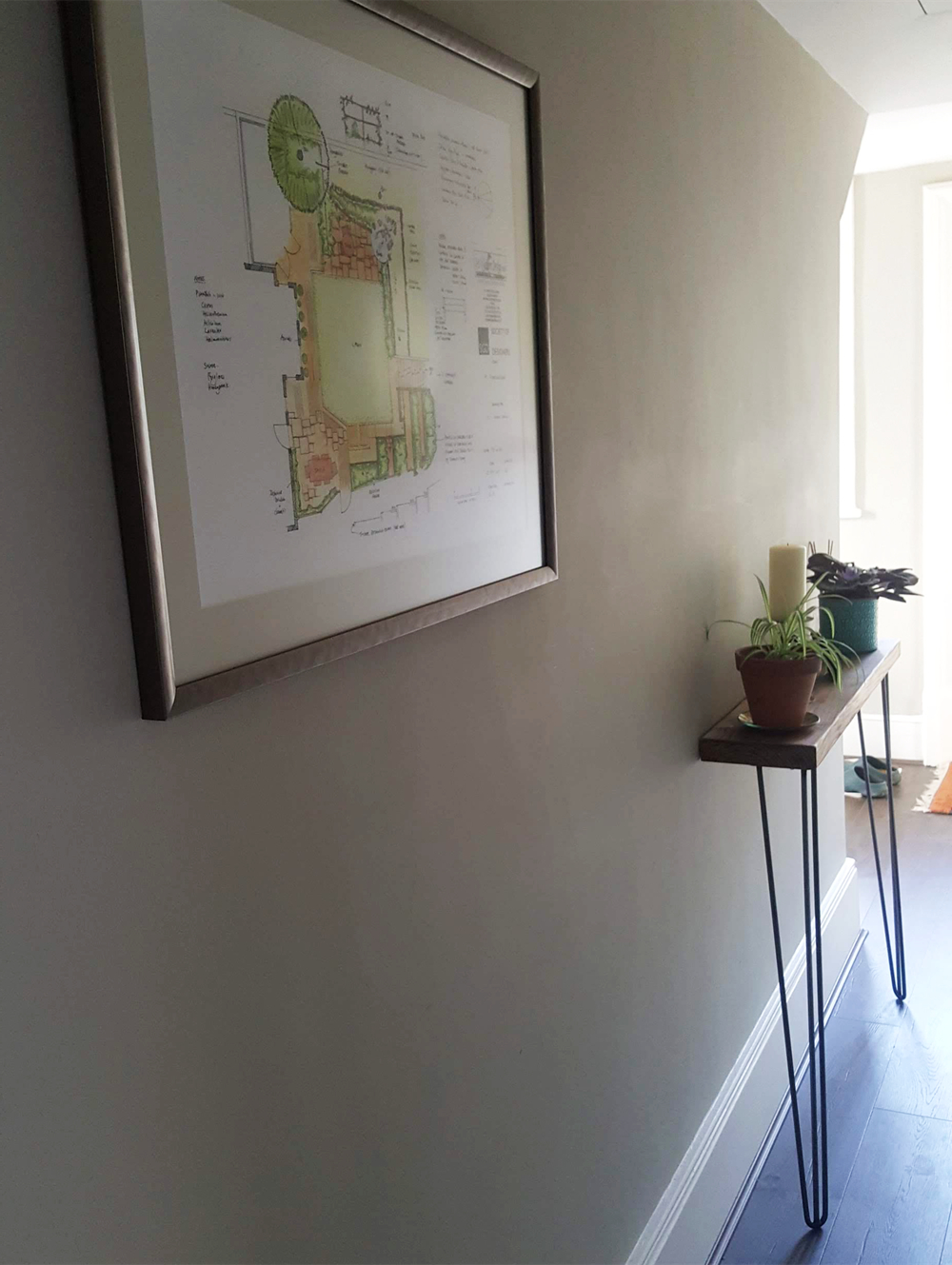