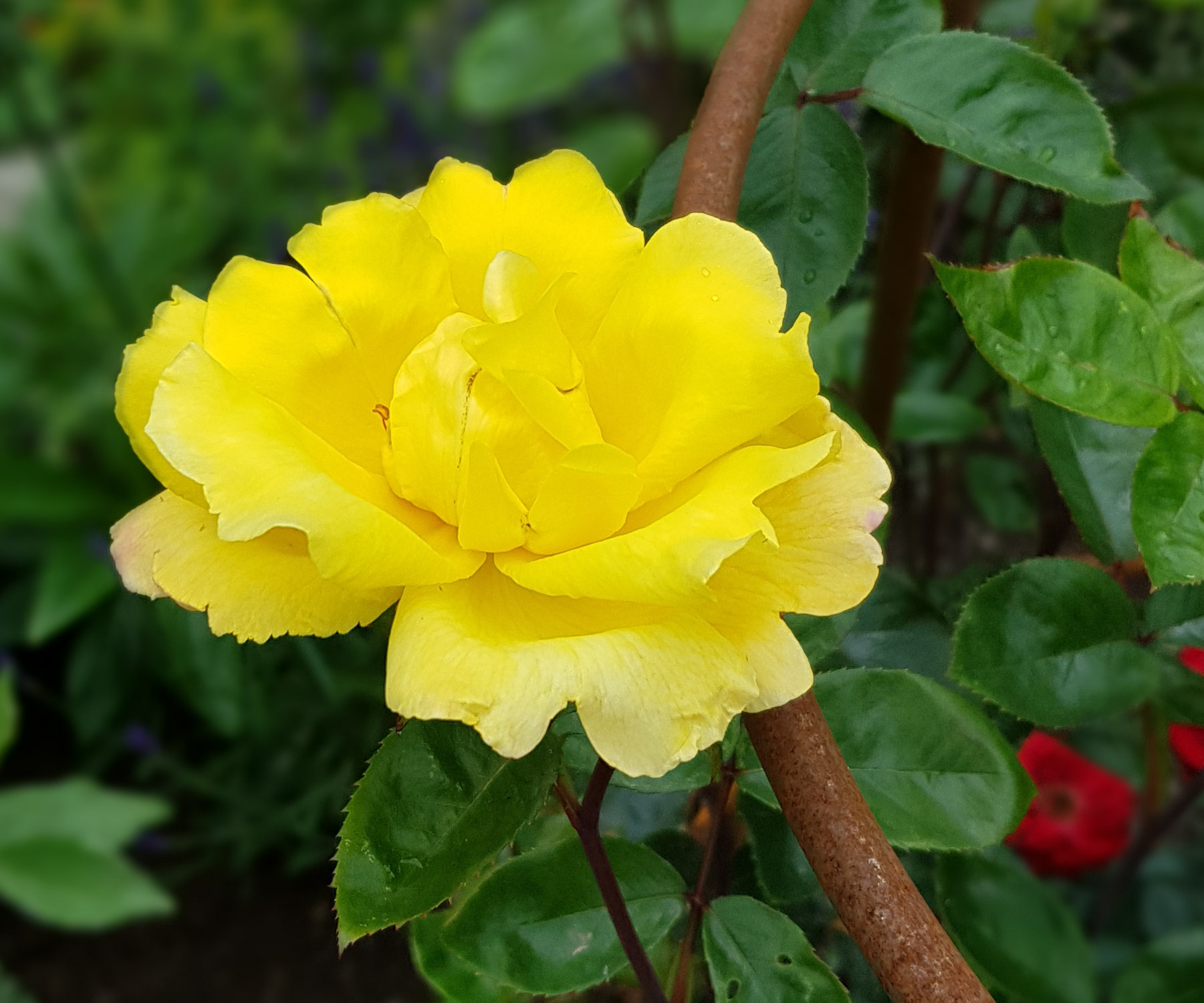 Good year for the roses

I never used to be a big fan of roses – all that dark foliage plus the thorns and the temperamental behaviour – but we seem to be having more luck these days. In fact we even decided to get an obelisk and bought a couple of new roses to grow up it. So far, a good year for the roses, and I’m warming to them!

There are two roses we inherited, so we don’t know what they’re called nor how old they are. This one had only ever given us the odd individual flower, so I had to rush to take a photo when it appeared: 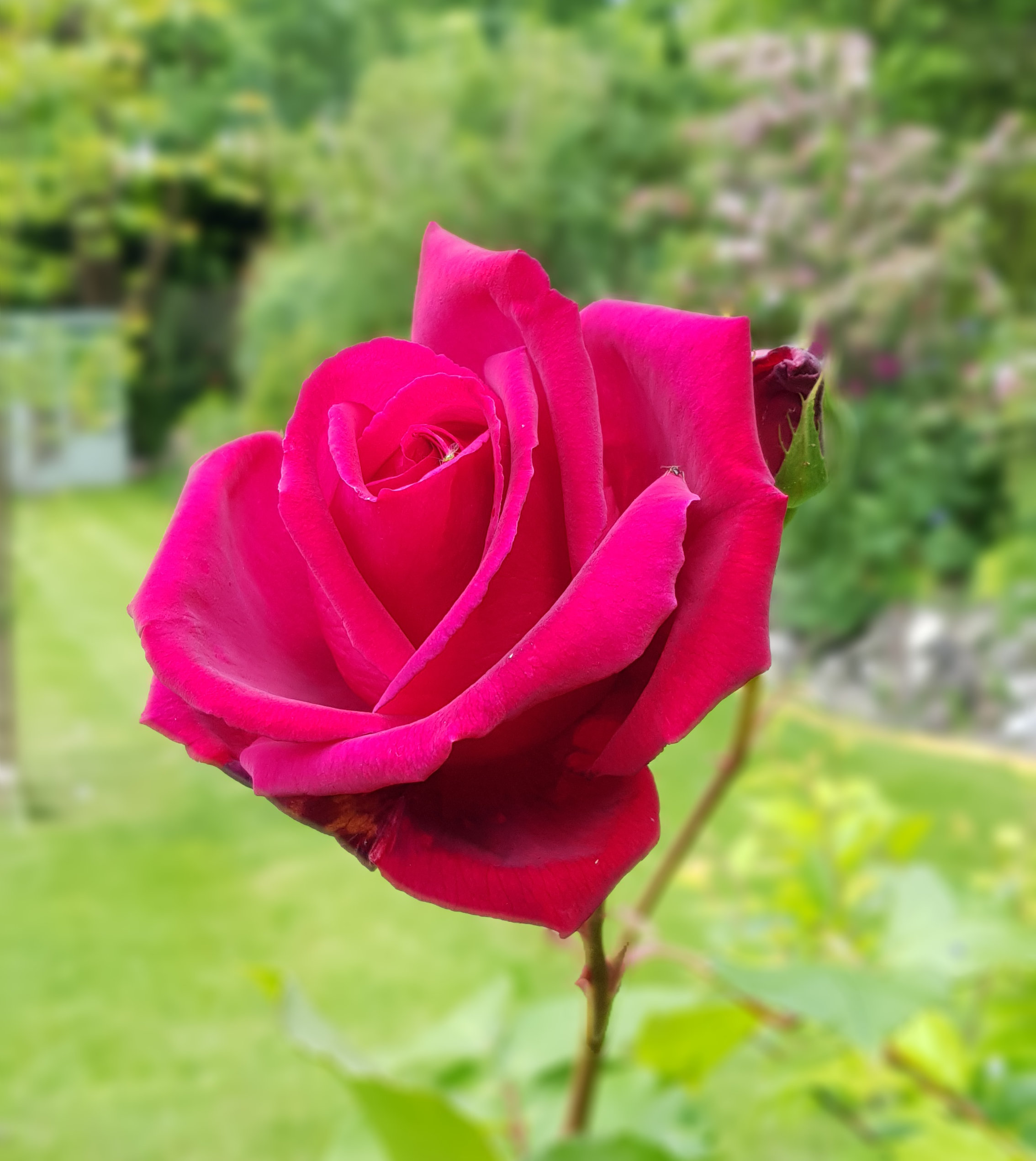 Here’s the other unidentified rose, a floribunda type, which most years gives us plenty of blooms, although last year was a dud. It has a nice scent. 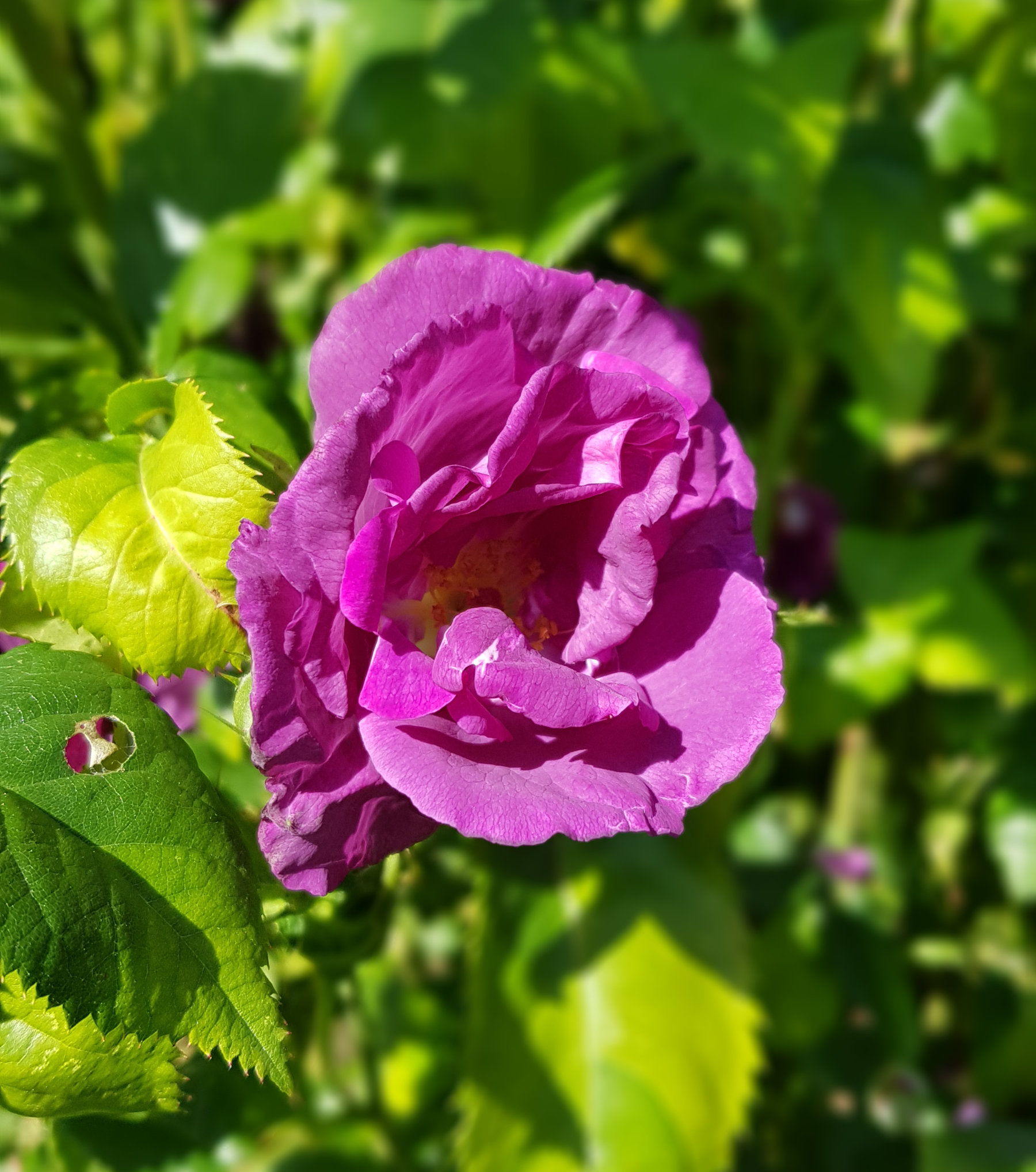 Here are the two climbing roses on the pergola. ‘Schoolgirl’ has lovely apricot coloured flowers which are large and short-lived (only a day or so before they drop). ‘Zephirine Drouhin’ is a David Austin climber which only this year has started to put out more flowers. A lovely scent.

Then we have three shrub roses, one is ‘Winchester Cathedral’ (another David Austin rose) which was a gift from Nick’s sister. The flowers are pure white:

Next to it is a miniature rose ‘Anna Ford’ and a small floribunda called ‘Irish Eyes’. I’ve included two photos of ‘Irish Eyes’ as the flowers change colour very attractively from yellow to orange.

Rambling across the pergola is a white rose that we’ve ‘encouraged’ over from next door (with permission!) This flowers early summer and is glorious. 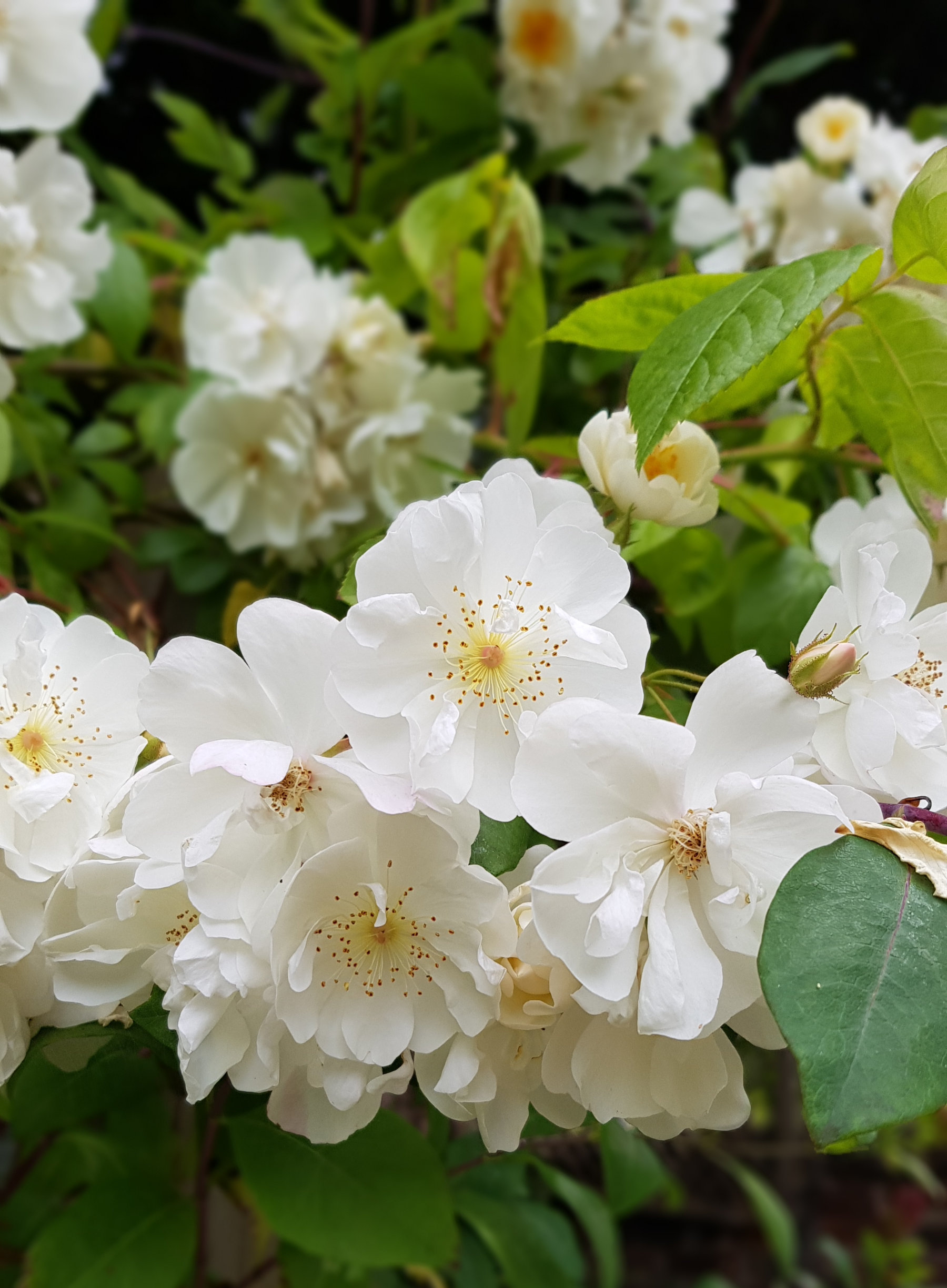 Against the fence is Rose ‘St Swithun’, a palest pink rose with large heavy blooms. Once I took one apart and counted over a hundred petals! Some years this rose has been underwhelming, but we seem to have got the pruning (or lack of) right as this year we’ve had plenty of flowers. It twists and turns across the fence with a couple of purple clematis.

And finally our newest acquisitions, the two roses on the obelisk. The yellow one is ‘Golden Showers’ (yes, really). Our neighbours planted one in the top garden – we love its colour and it flowers very reliably. The red one is called ‘Love Knot’ and is doing very well so far.