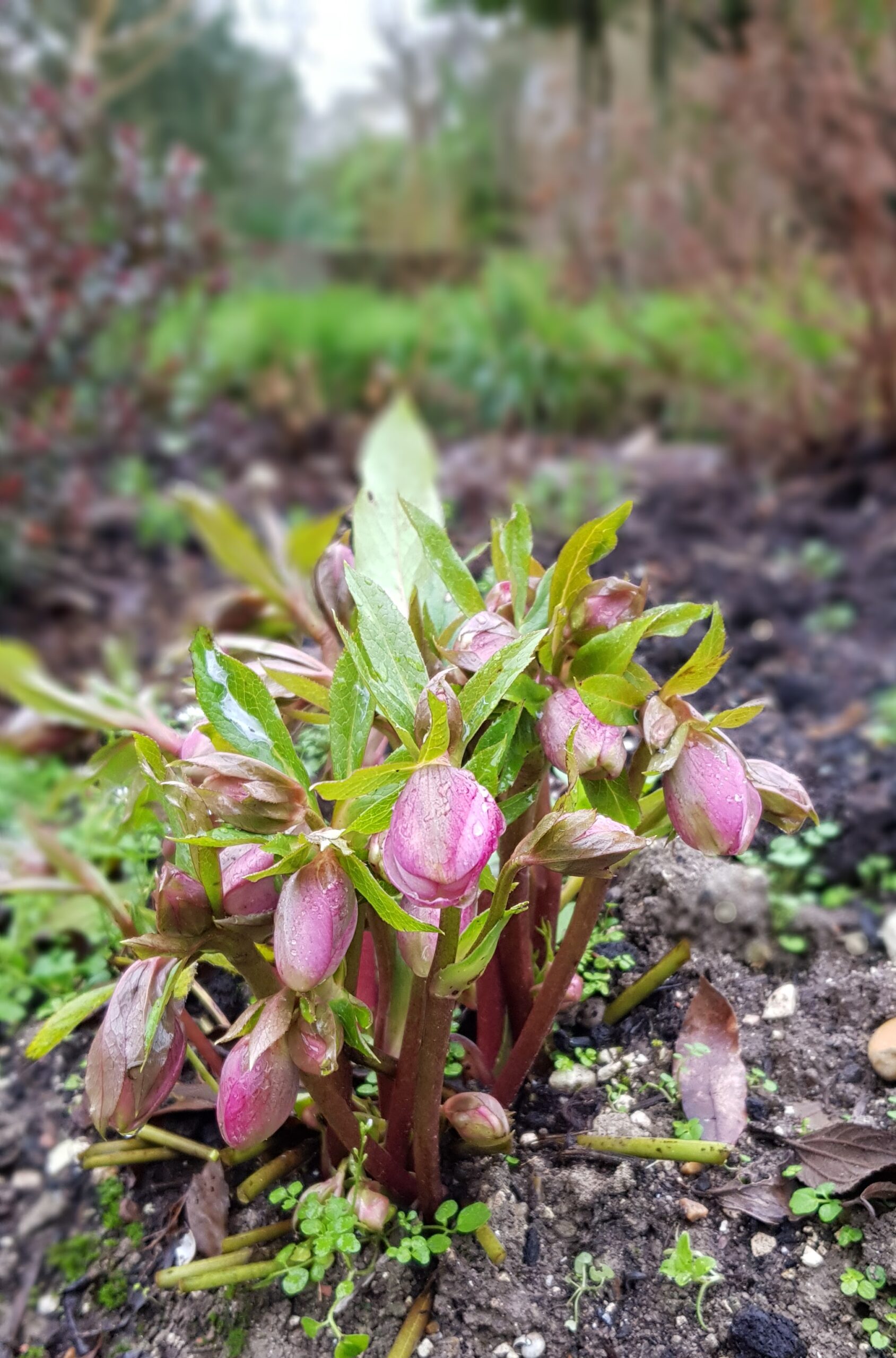 We’re desperate to be allowed out to see our grandchildren (who we haven’t seen in something like 8 months), and do all the normal things that make life worth living, such as meeting up with friends, going swimming, having a pint down the pub, visiting National Trust houses and (PLEASE OH PLEASE) singing in choirs.

But at least it’s nearly March and the days are lengthening. Every morning we look out at the garden and discuss what we’re going to do with it, look hard for signs of new life and count down to the Spring.

Thank goodness for a few lovely things. A friend gave us an Amaryllis bulb at Christmas and by Valentines Day it was fully out – all eight massive blooms! 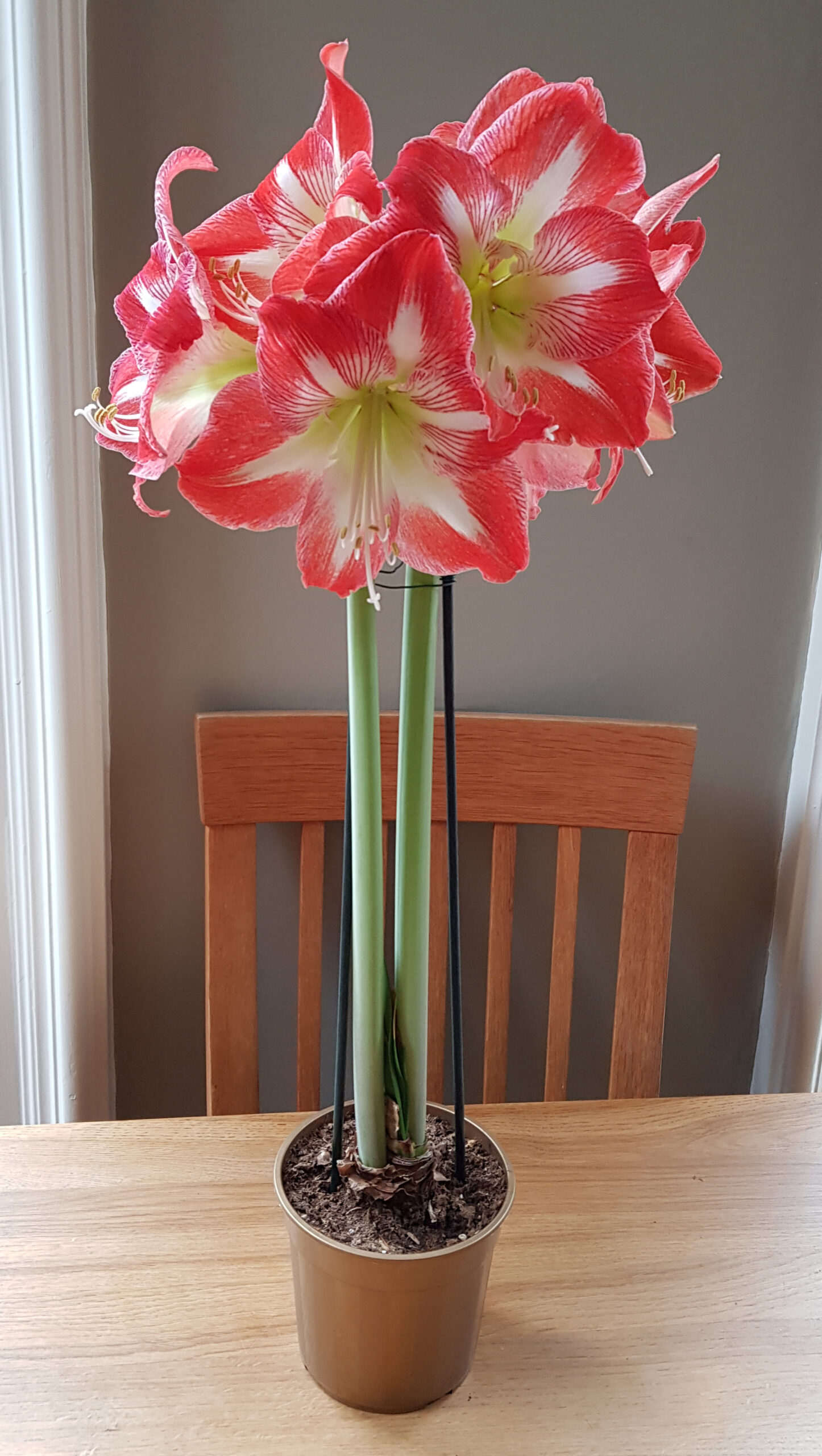 Just a couple of weeks ago there was some freak snowfall, which probably set things back a bit. 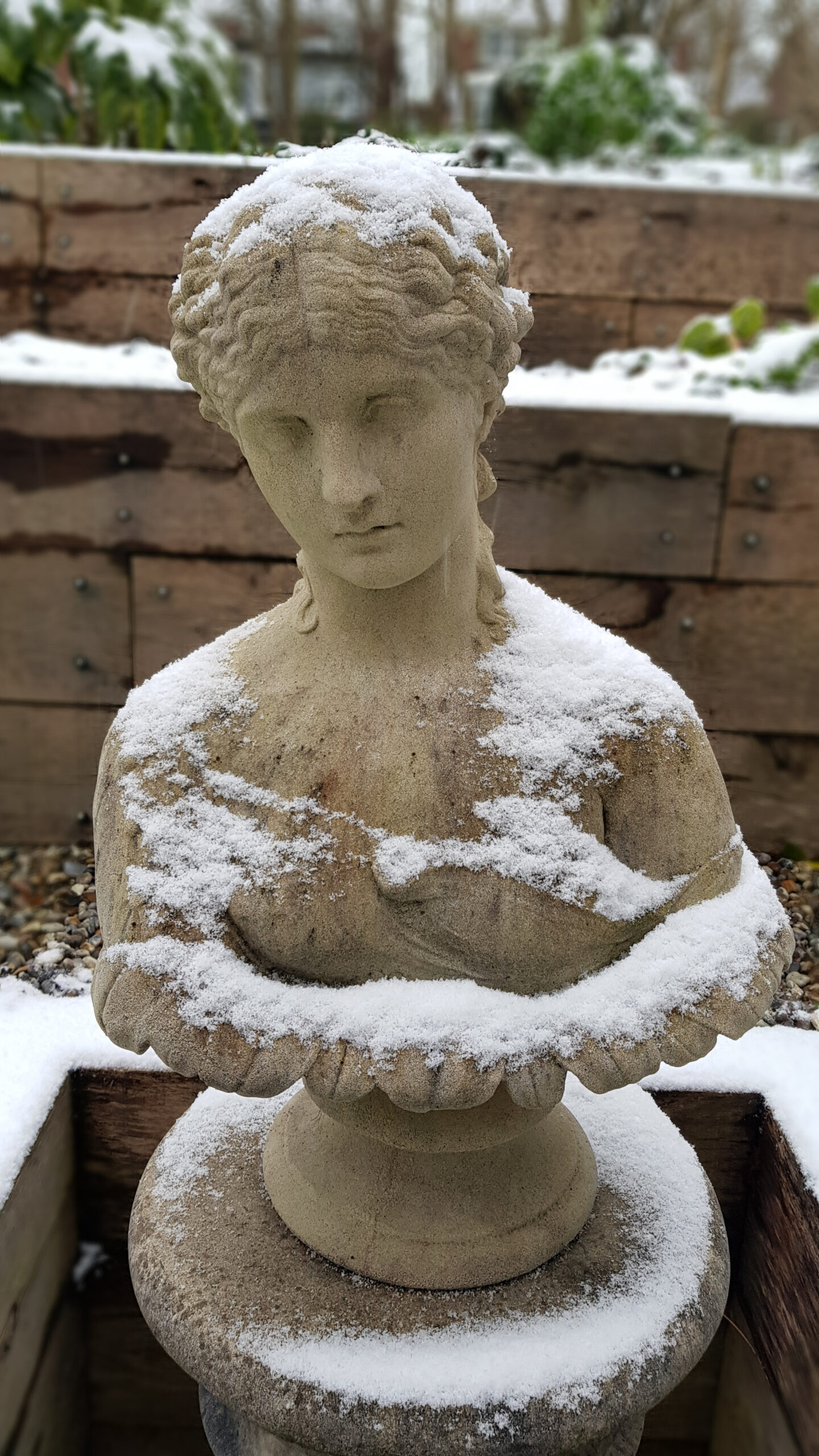 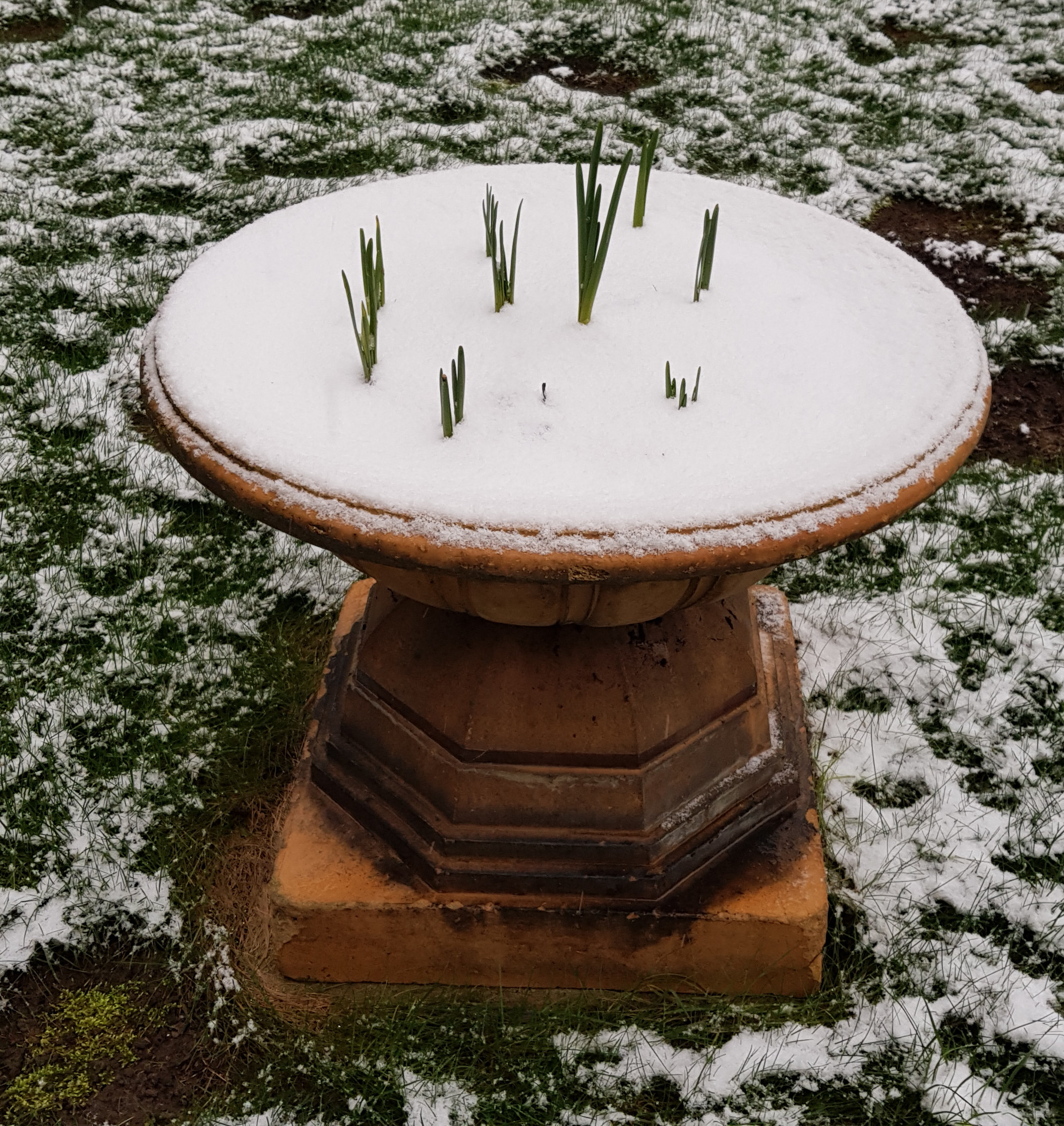 But in the last few days things have warmed up considerably. Yesterday I was feeling poorly after a rough night following my Covid jab, and I told myself to have a ‘take it easy’ day (as opposed to …?) But the garden beckoned! We found ourselves out there weeding, pruning and tidying at 8am! I was exhausted afterwards but I’m sure it made me sleep better last night. And the vaccination side effects completely disappeared after 24 hours. 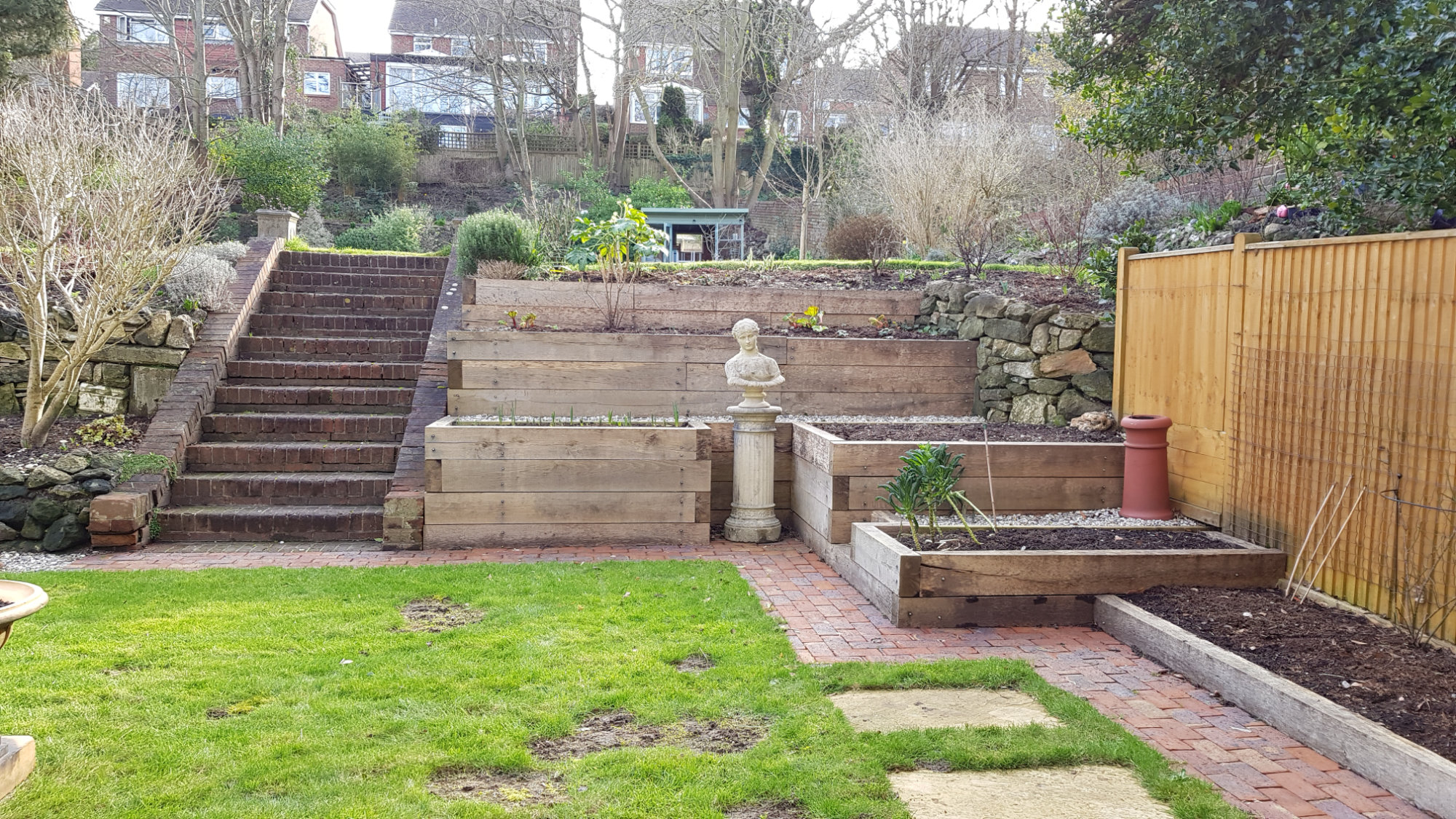 Everything’s a little bare at the moment, but it won’t be for much longer. 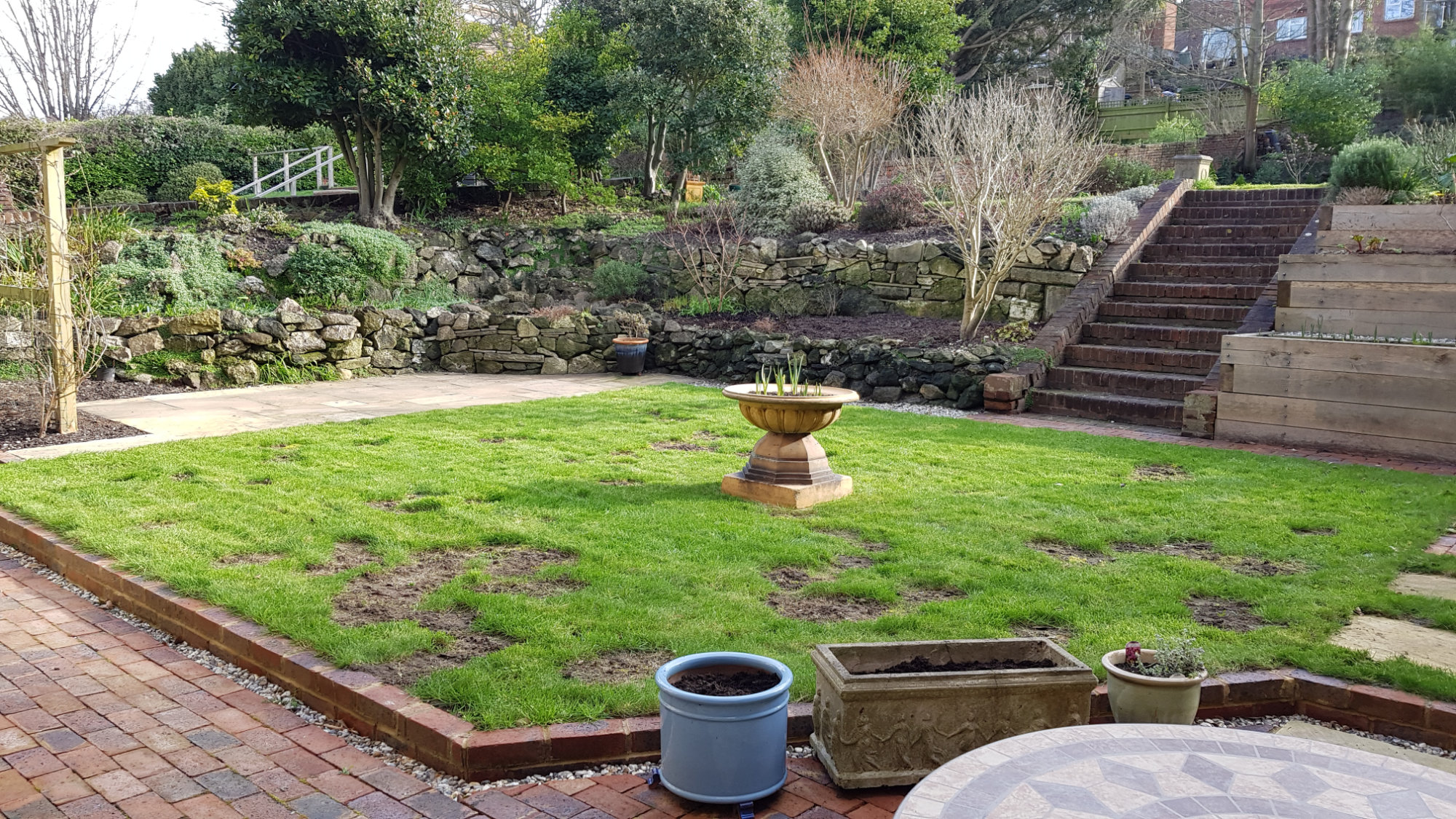 You might be wondering what has happened to the lawn! Well let’s just say there was a little accident involving the wrong weedkiller last autumn…I won’t say who it was but it wasn’t me! Anyway, we’ve got a ‘lawn doctor’ booked, he’s coming round next month to sort it out. By the summer we should have our lawn back.

Meanwhile the apricot bush is full of buds, and bulbs are emerging… 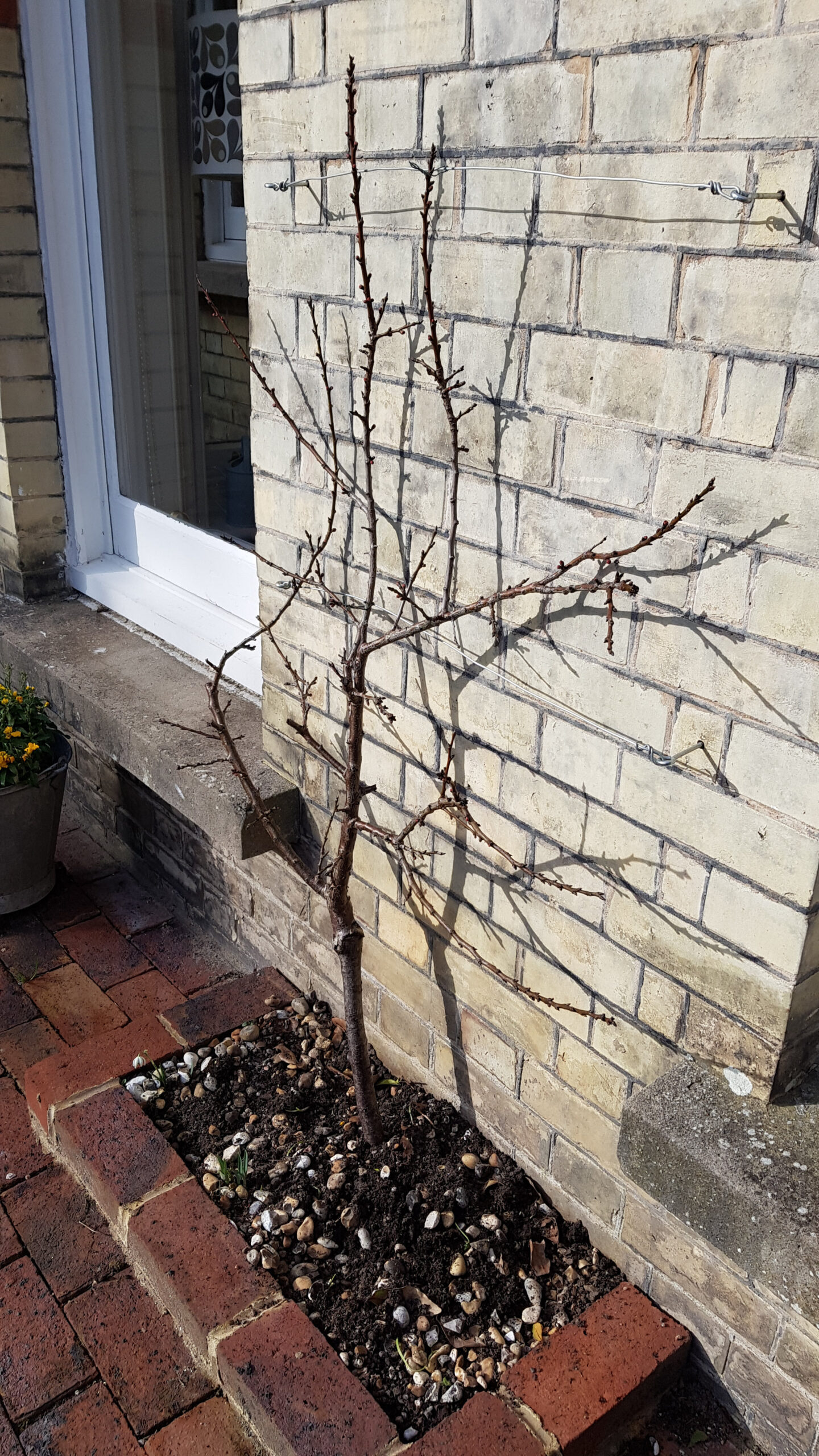 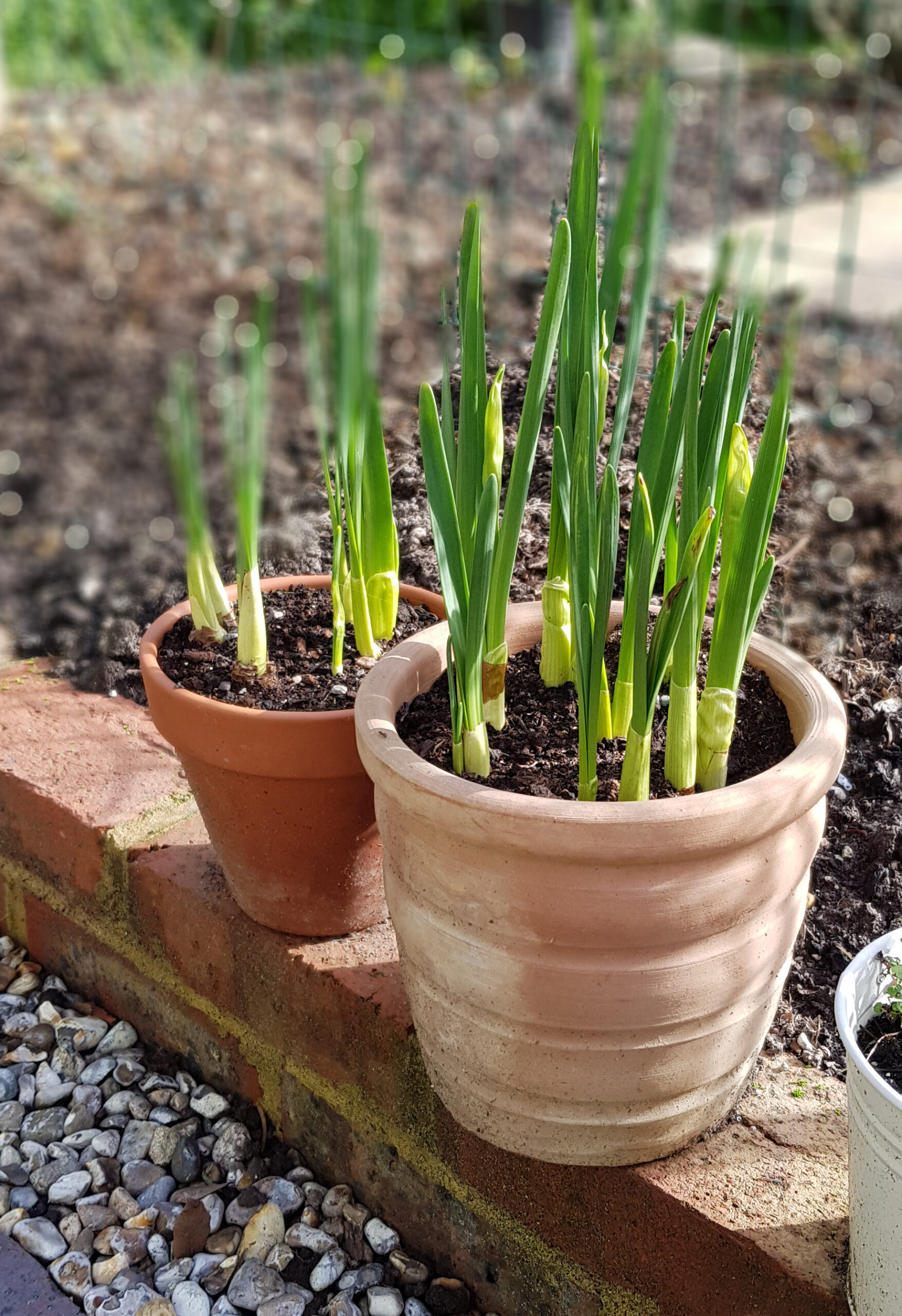 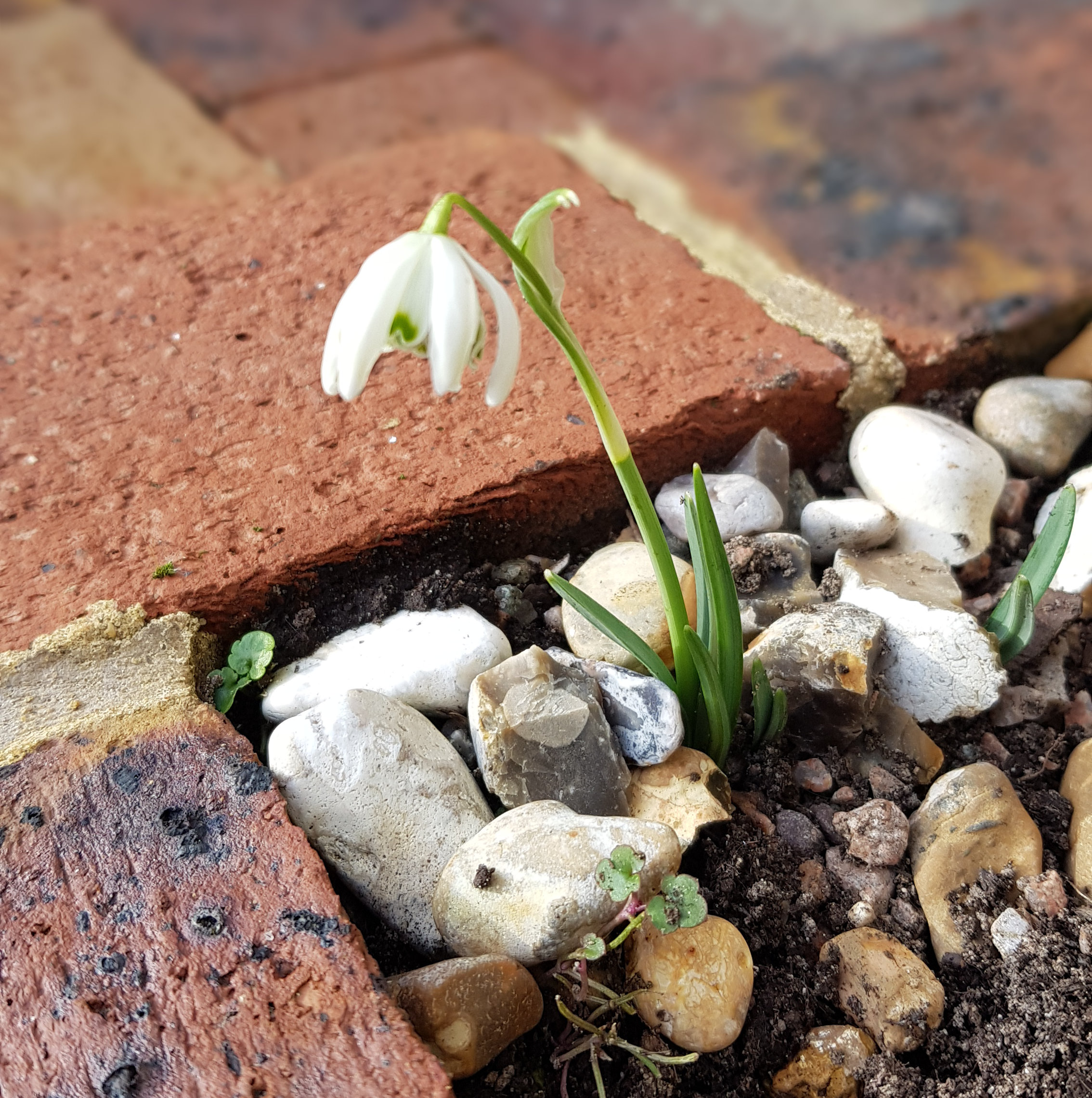 This morning I sowed courgette, tomato, chilli, spinach and salad seeds and they’re now on the windowsill propagator. After that I had a cup of tea sitting on the patio, listening to the birdsong, which was absolutely lovely. Then I repotted two houseplants that had become dry and potbound. Did I say two plants? 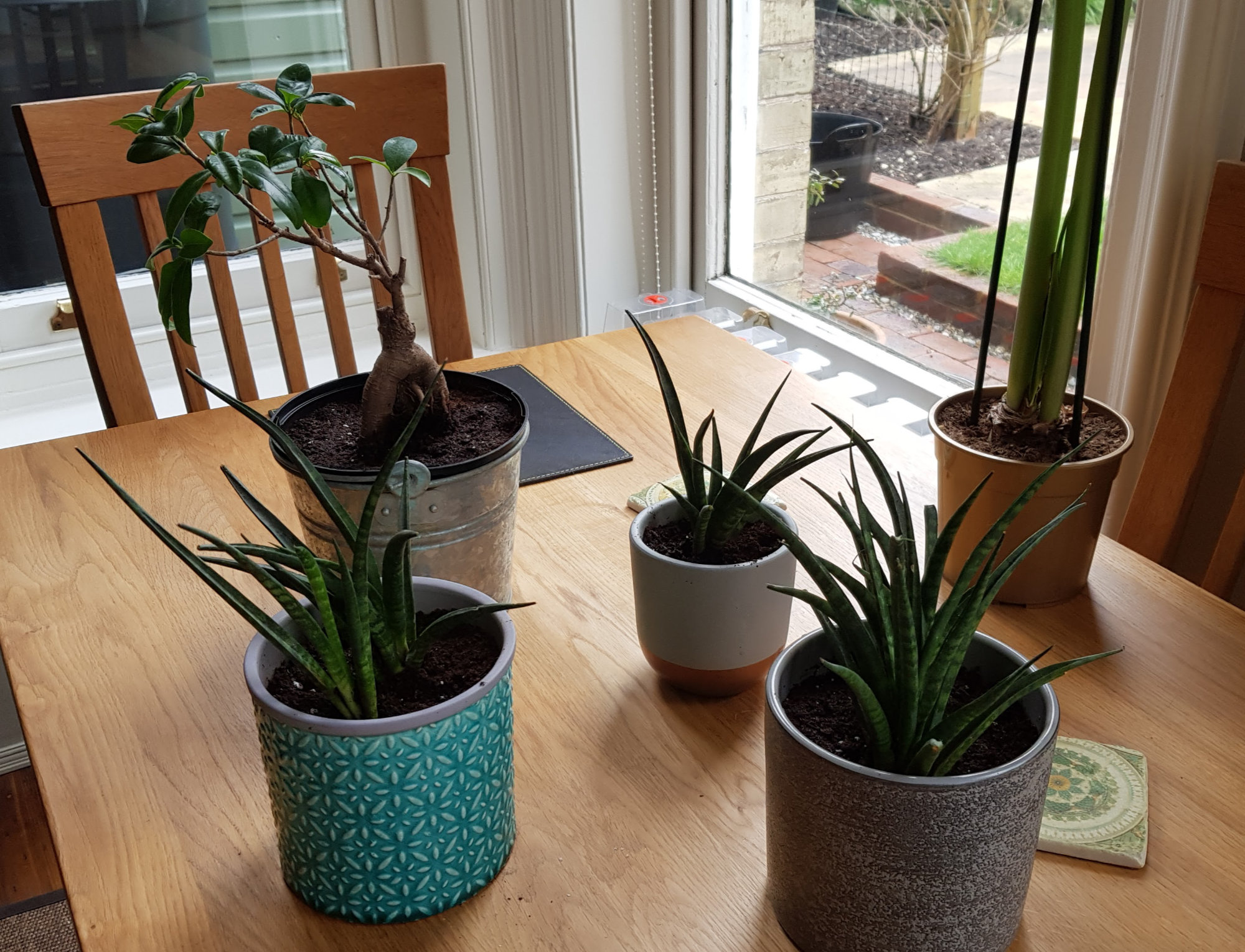 The Sansevieria ‘Punk’ which originally filled the smallest of the pots you see here, turned out to be five separate plants when I managed to get it/them out of the pot! I know how it must have felt, being shoved tightly in that pot for a year with no escape!  So I’m hoping they will all enjoy the freedom and take to their new pots. The bonsai is a Ficus Ginseng (Indian Laurel) which has air roots, so I hope I haven’t planted it too deeply.