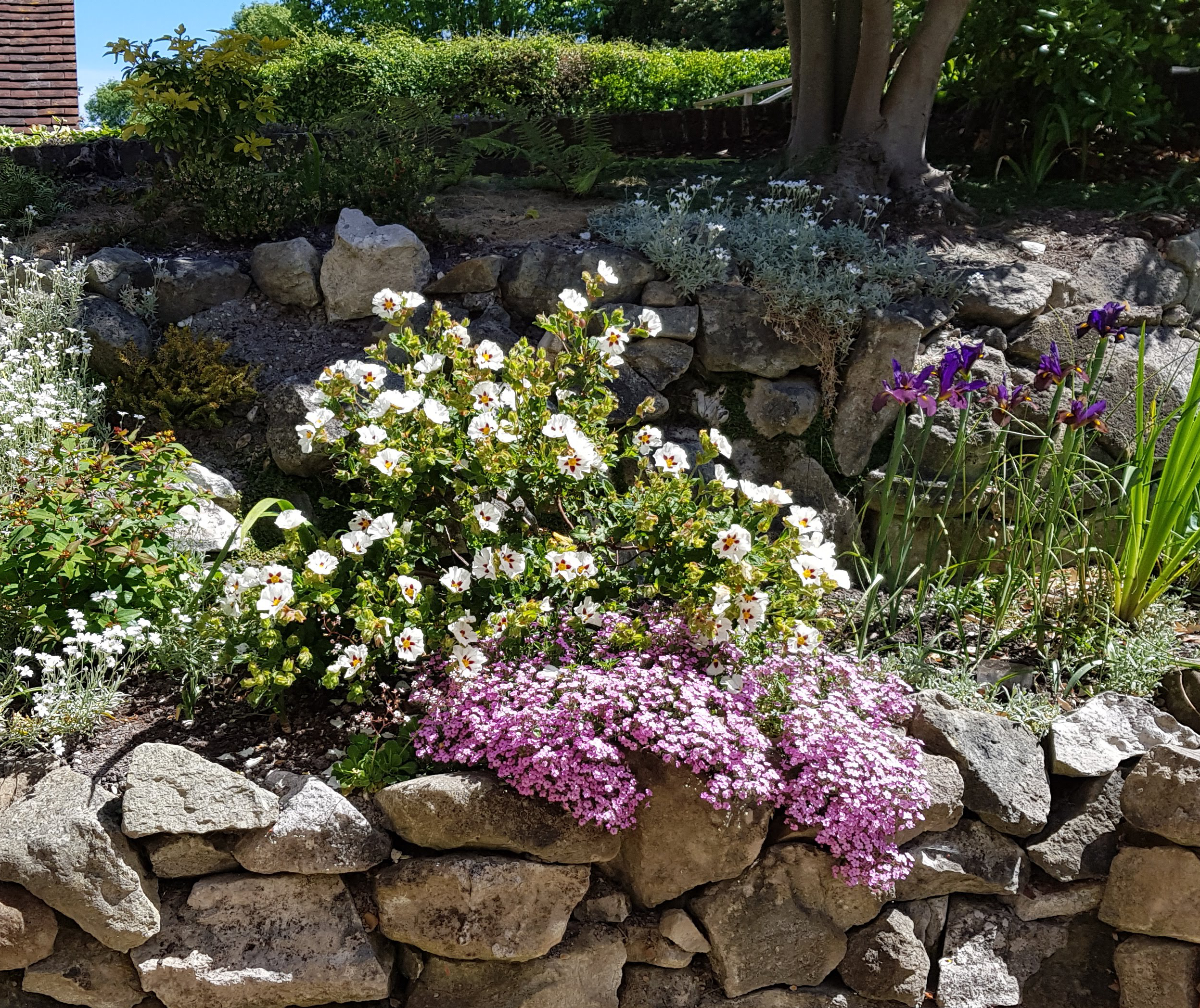 The garden is starting to look lovely. We’re not sure why but the roses are particularly good in comparison to previous years! This is Rosa ‘Schoolgirl’ which is putting out a lot of flowers on the pergola. 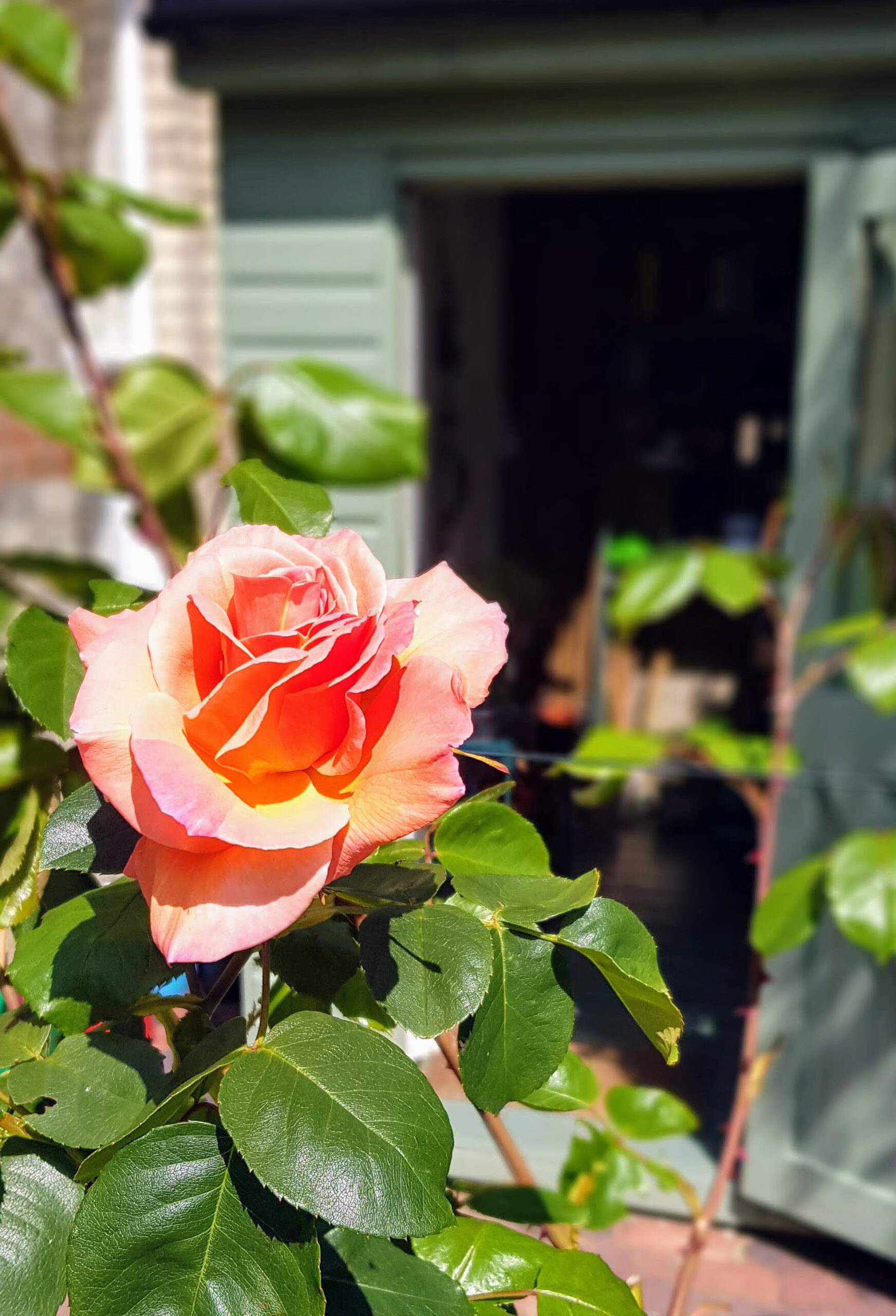 The purple clematis ‘President’ flowers twice each year in May and August, and this year the first flower came out on May 1st – perfect timing! 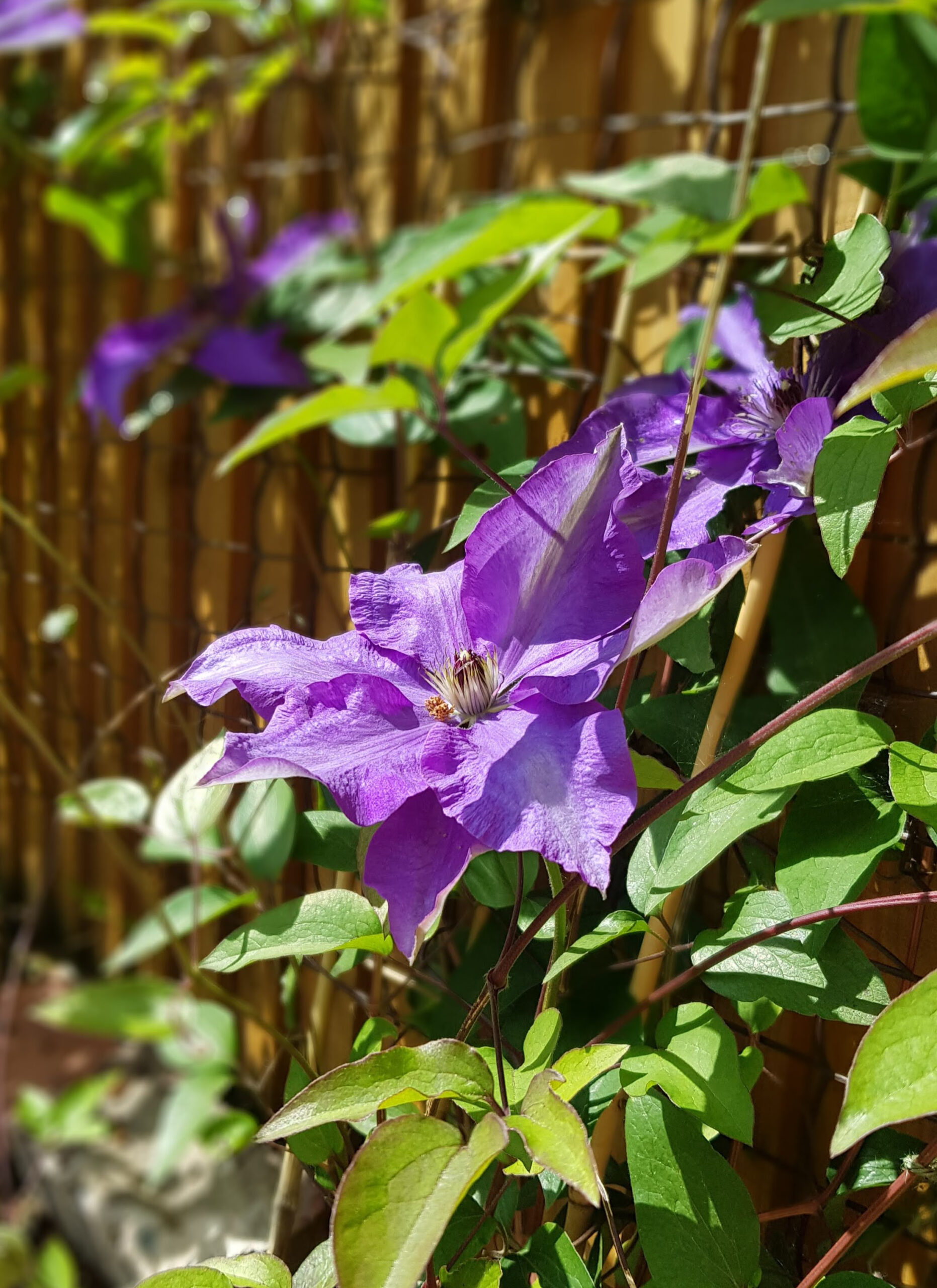 On the lower rockery wall, the Saponaria I somehow managed to raise from seed is now in its element. We’ve decided we want more of this around the garden!

Also in this photo you get a glimpse of the Cistus which is absolutely fantastic at the moment.

Wildlife is also picking up. Just a few days ago we started seeing damselflies around the pond. And we spotted two Red Admiral butterflies a couple of weeks ago, and also some Cabbage Whites – which reminds me I need to get on with building a cage to keep them off the brassicas before I plant them out. 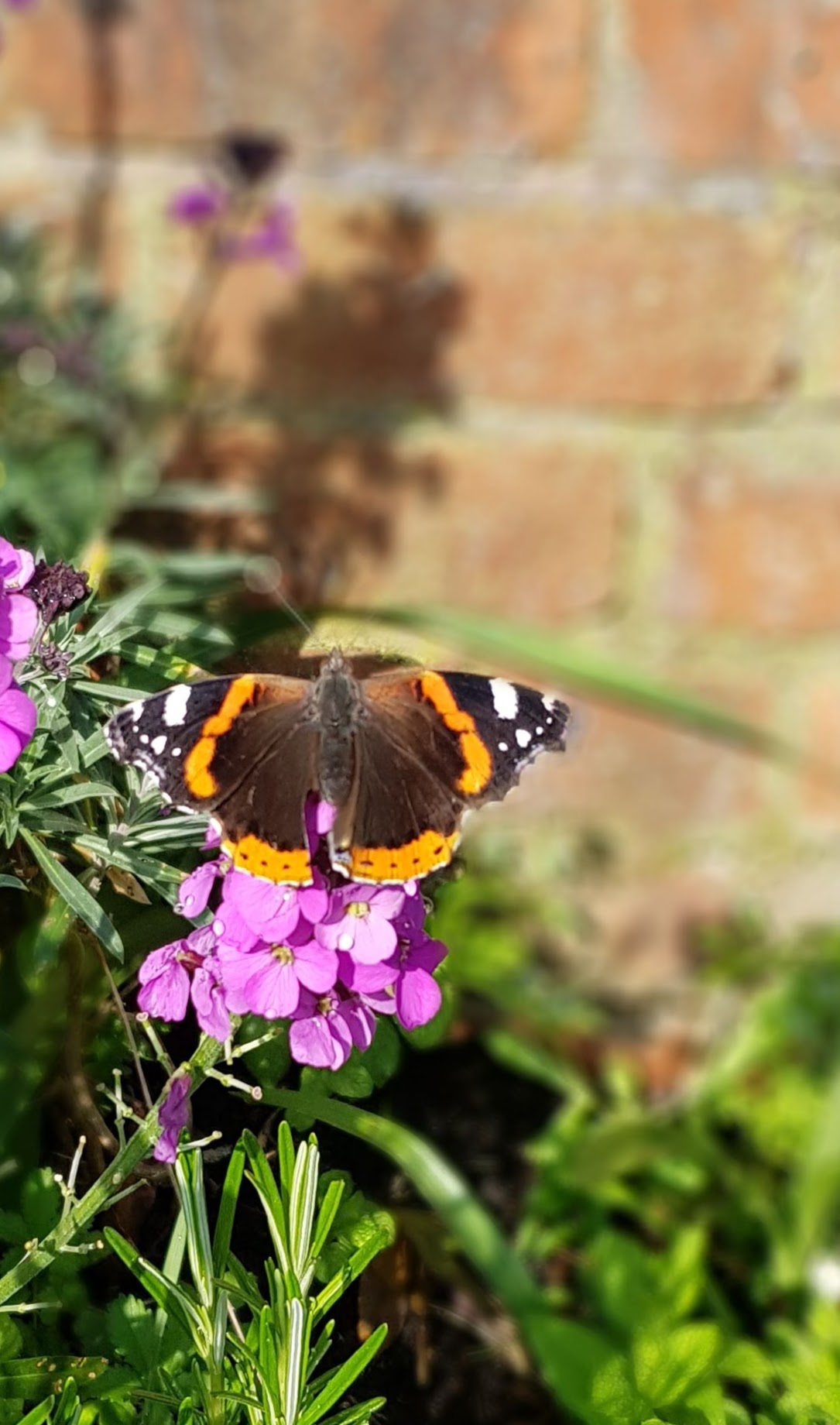 And here’s a marvellous thing – the Rose ‘St Swithun’ has never flowered before, all we got were occasional buds that refused to open, and this being its third year we were all ready to get rid of it. But it’s suddenly burst into bloom – not just any old flowers, but huge, dense heads, really beautiful. 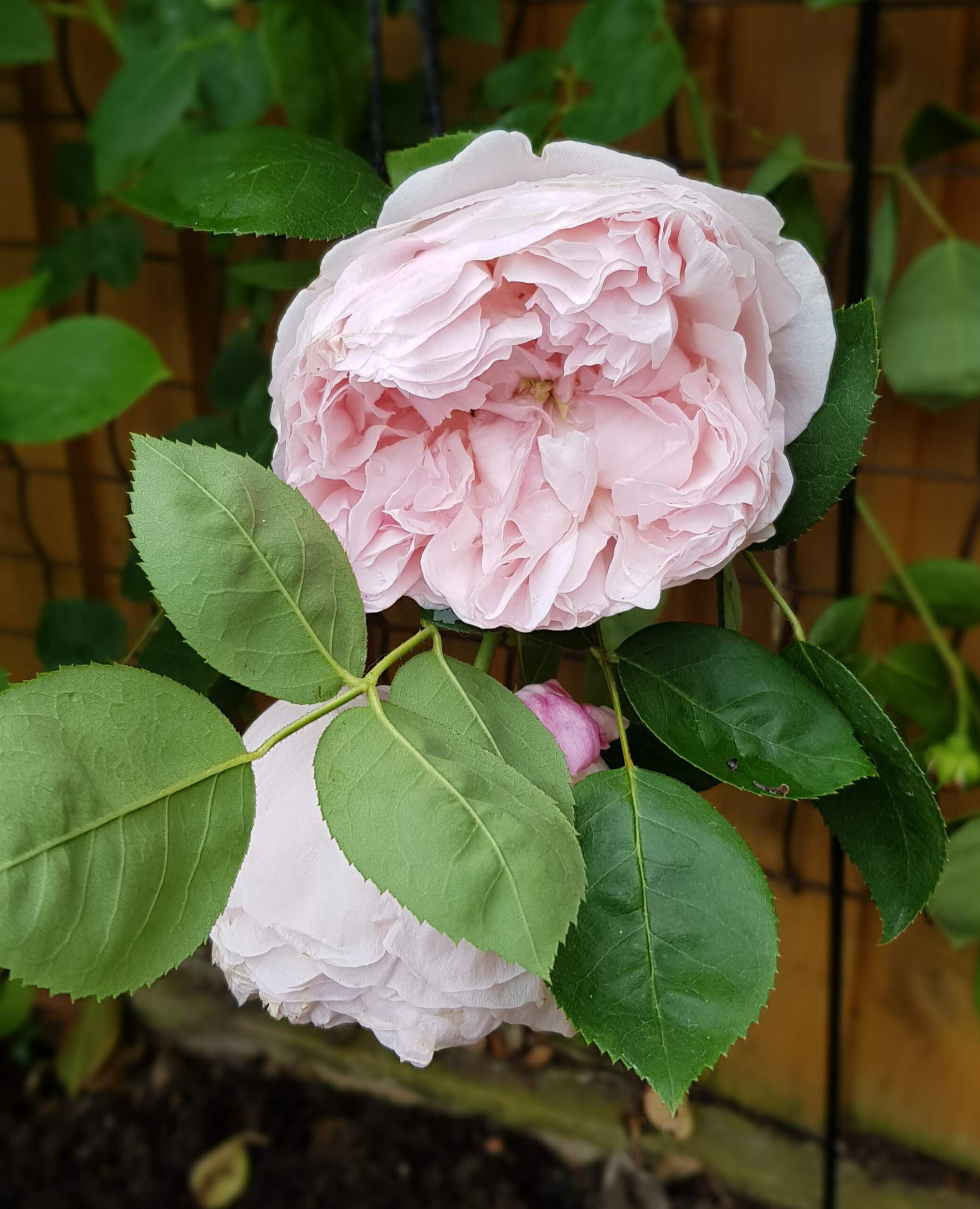 When one head was going over I cut it off and carefully took off all the petals, to see how many there were – I counted 117! 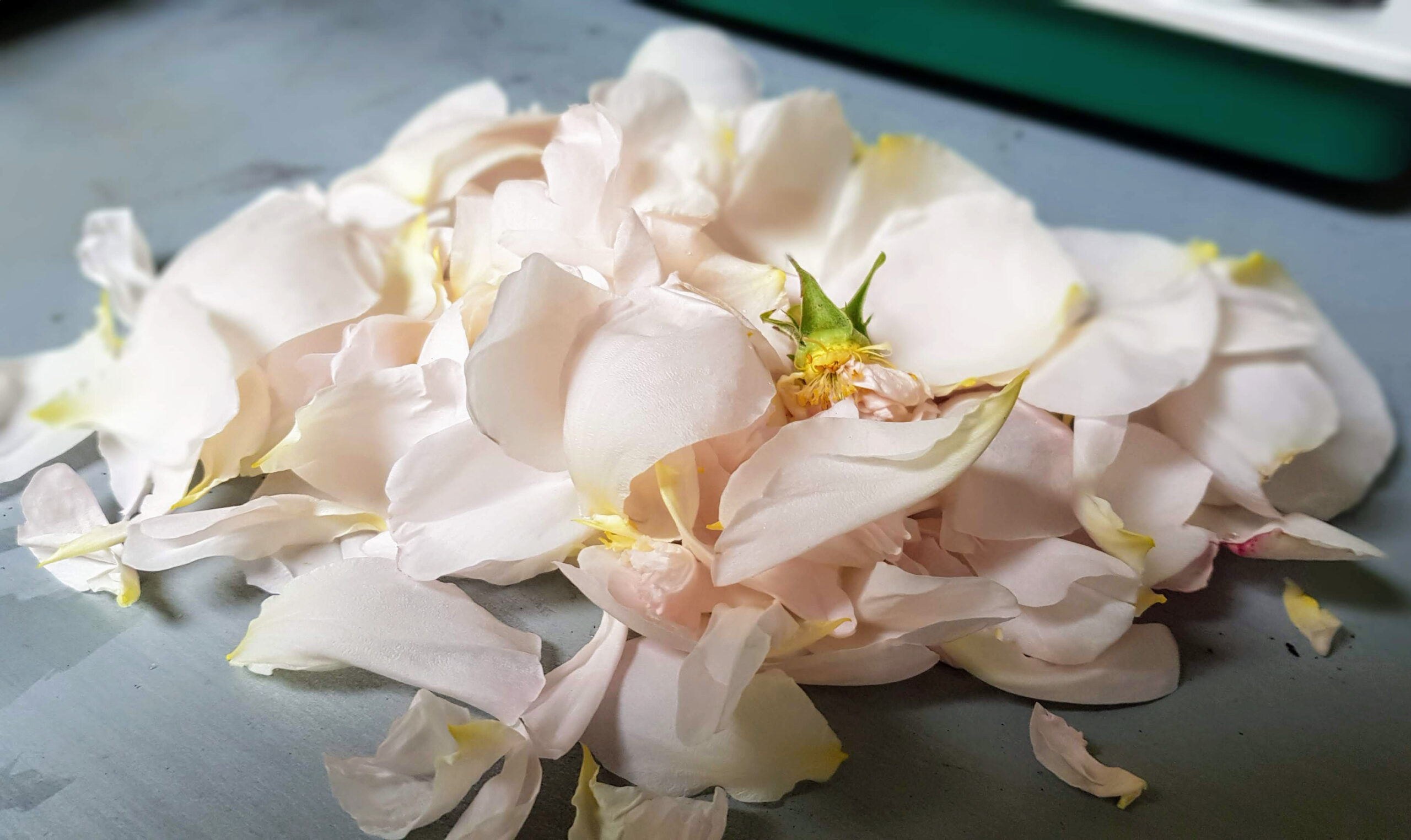 Meanwhile April was sunny almost all month, and May hasn’t been bad either – I can’t remember when it last rained – so as we’re still in lockdown we’ve been having a lot of lunches like this… we are very lucky! 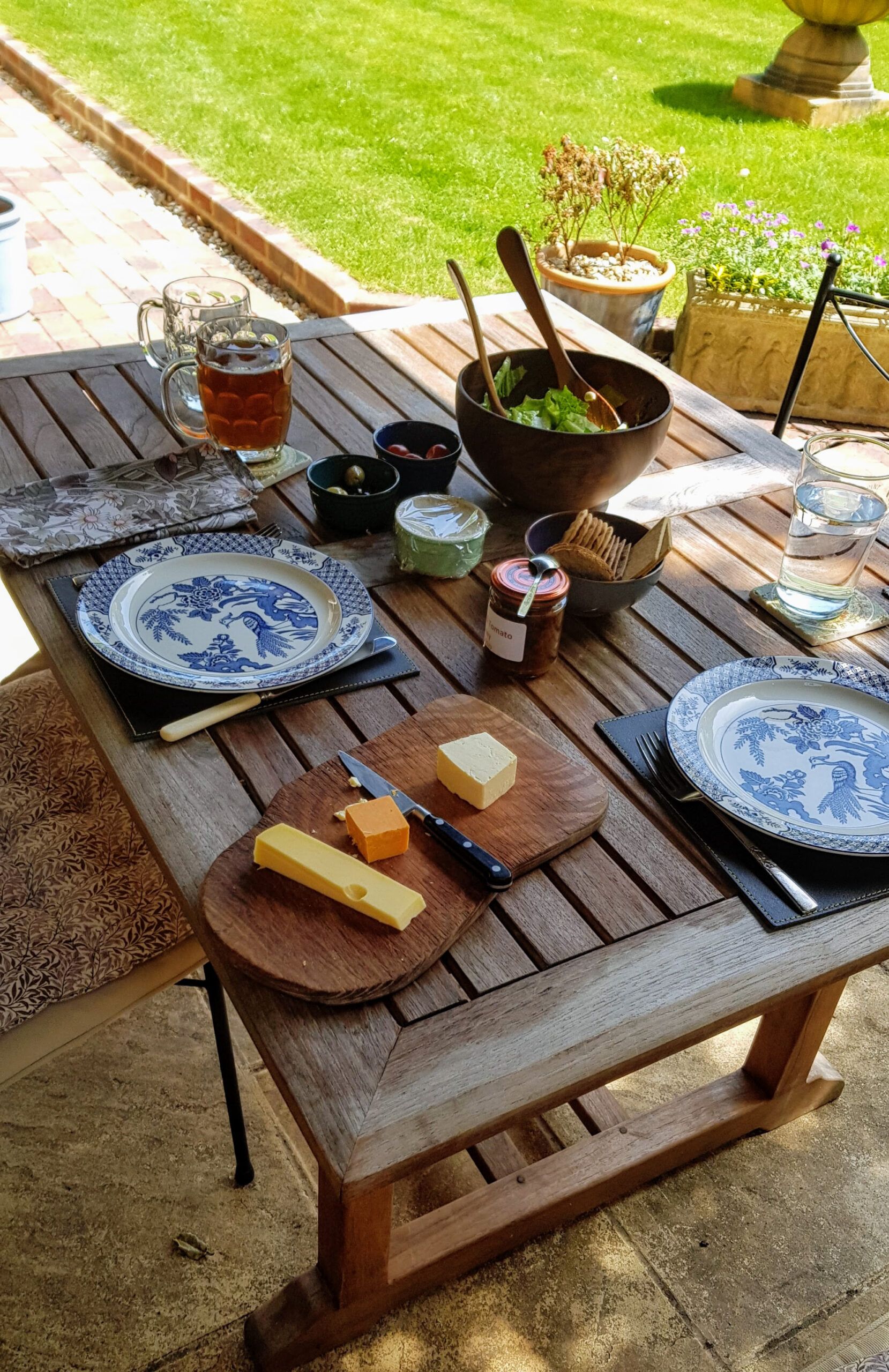