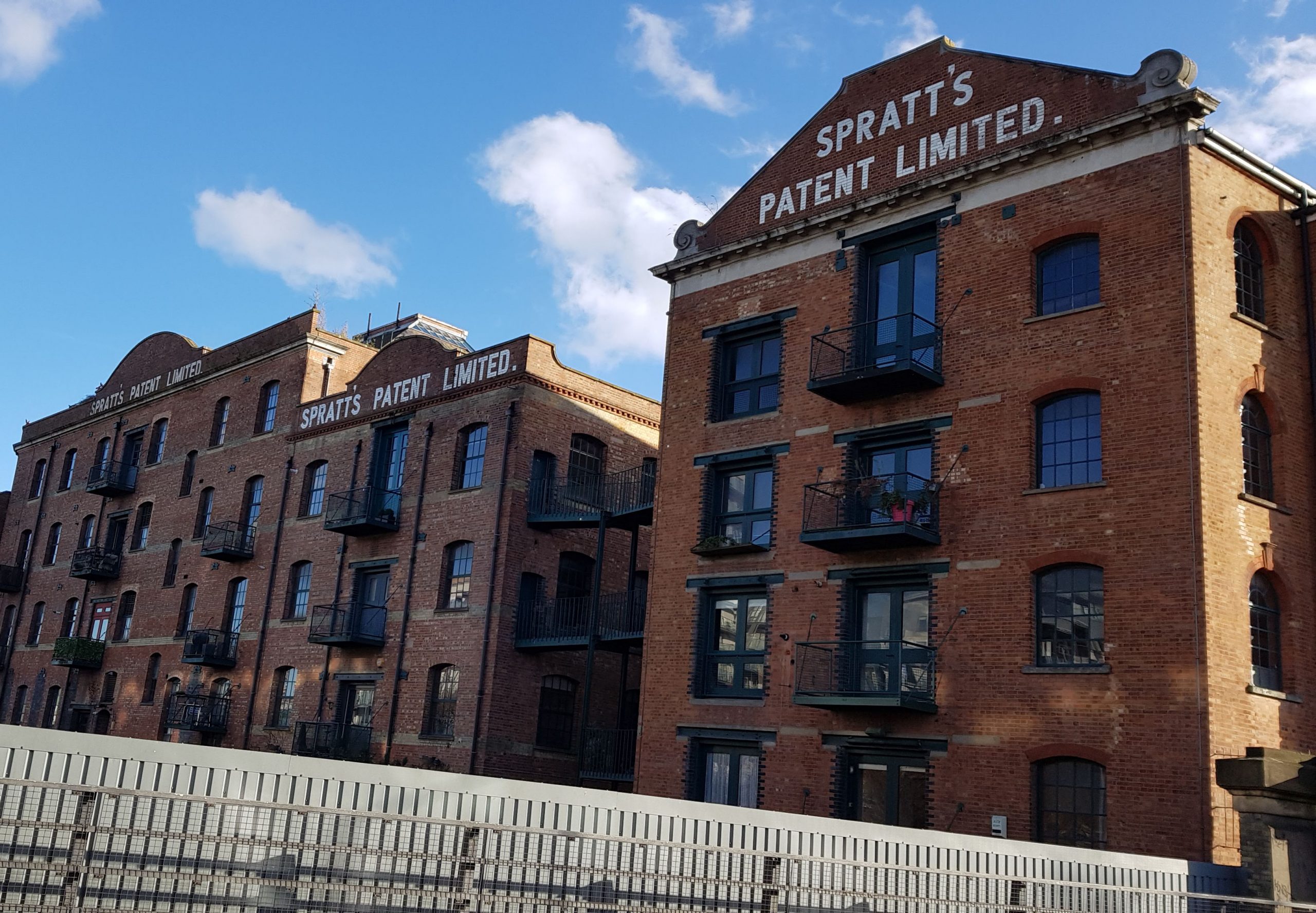 January can be a dead time for hotels, and although London is an all-year tourist destination there are bargains to be had, especially if you go out of the centre a bit. Last year we discovered the Aloft at Excel, a newish place right out east of the city, but on the DLR so easy to get into town. When there’s nothing on at the Excel (massive exhibition centre) the Aloft can be wonderfully quiet. Nothing on at the Excel PLUS early January = quiet AND great prices. I don’t know why I’m telling you this really as we don’t want anyone to find out about it in case it gets busier and more expensive all the year round!

Anyway that’s where we headed for a couple of nights away, and had a super time. We were lucky with the weather: bright skies, only a little rain. On one day we did a walk from the DLR station at Limehouse, along Limehouse Cut which is one of London’s oldest waterways. We hardly saw anyone for almost the entire route. There’s so much interesting history, architecture and regeneration in this part of London; we love it. 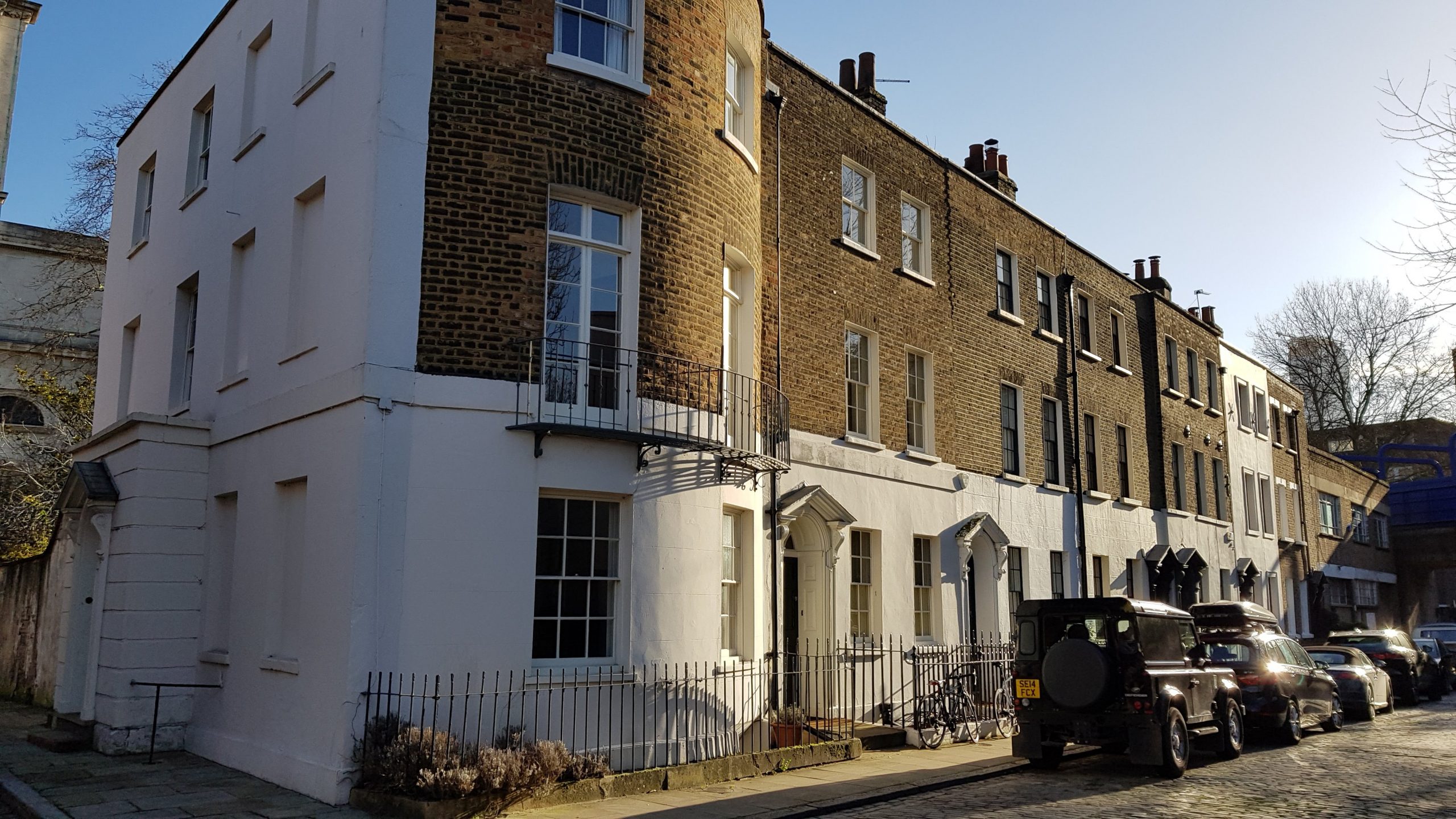 We made a short diversion to see St Anne’s Church, approached along this little street. Look at this gorgeous Georgian terrace – all that’s left of what was no doubt a bigger development. I love the way you can come across pockets of loveliness like this so easily in London, and it all sits perfectly well against the newer additions. On the left of this photo was an old pub in the process of being renovated. St Anne’s itself is HUGE – I tried photographing it from the side but couldn’t get it all into one picture – so I did a photoshop job on it (not perfect – apologies for the different sky colours!) Sadly it was locked so we couldn’t look inside.

Later on we were thrown off the canal because of building works, but that led us serendipitously to the Poplar Union, a community cafe and roast house. A lovely laid-back, local vibe, and Nick reported the coffee to be excellent.

This used to be a massive pet food factory! Now it’s been made into some pretty swanky apartments, and it’s right on the canal. This blog post features a few of the Spratts building’s inhabitants, with a ton of lush interior photos.

Towards Bow Locks and where Limehouse Cut meets the River Lea, you start to see more narrow boats, barges and houseboats. We spoke to one woman who had sailed her barge here all the way from Wales!

We started to see more graffiti and city grittiness as we walked, but that’s part of the interest I think… 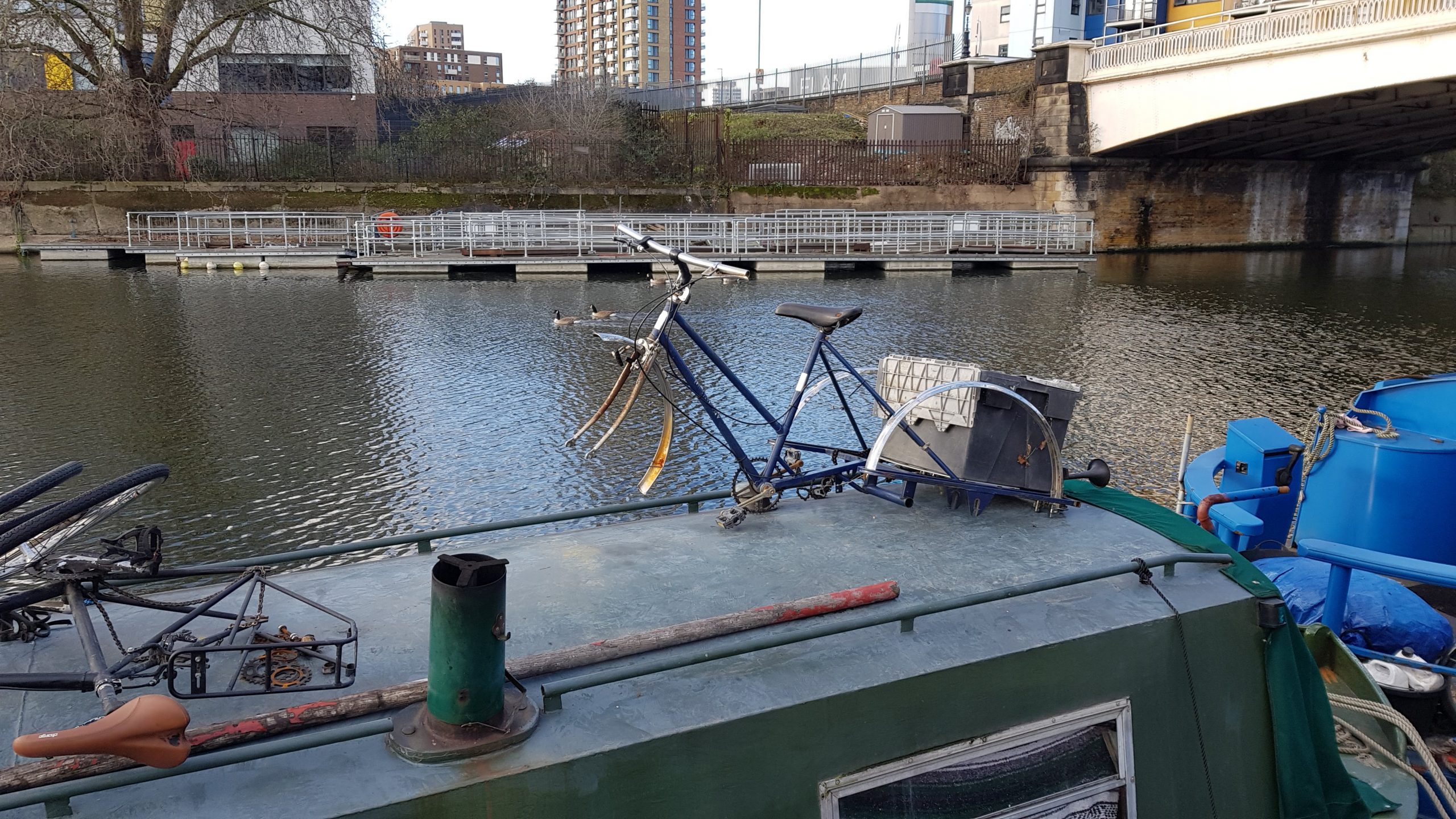 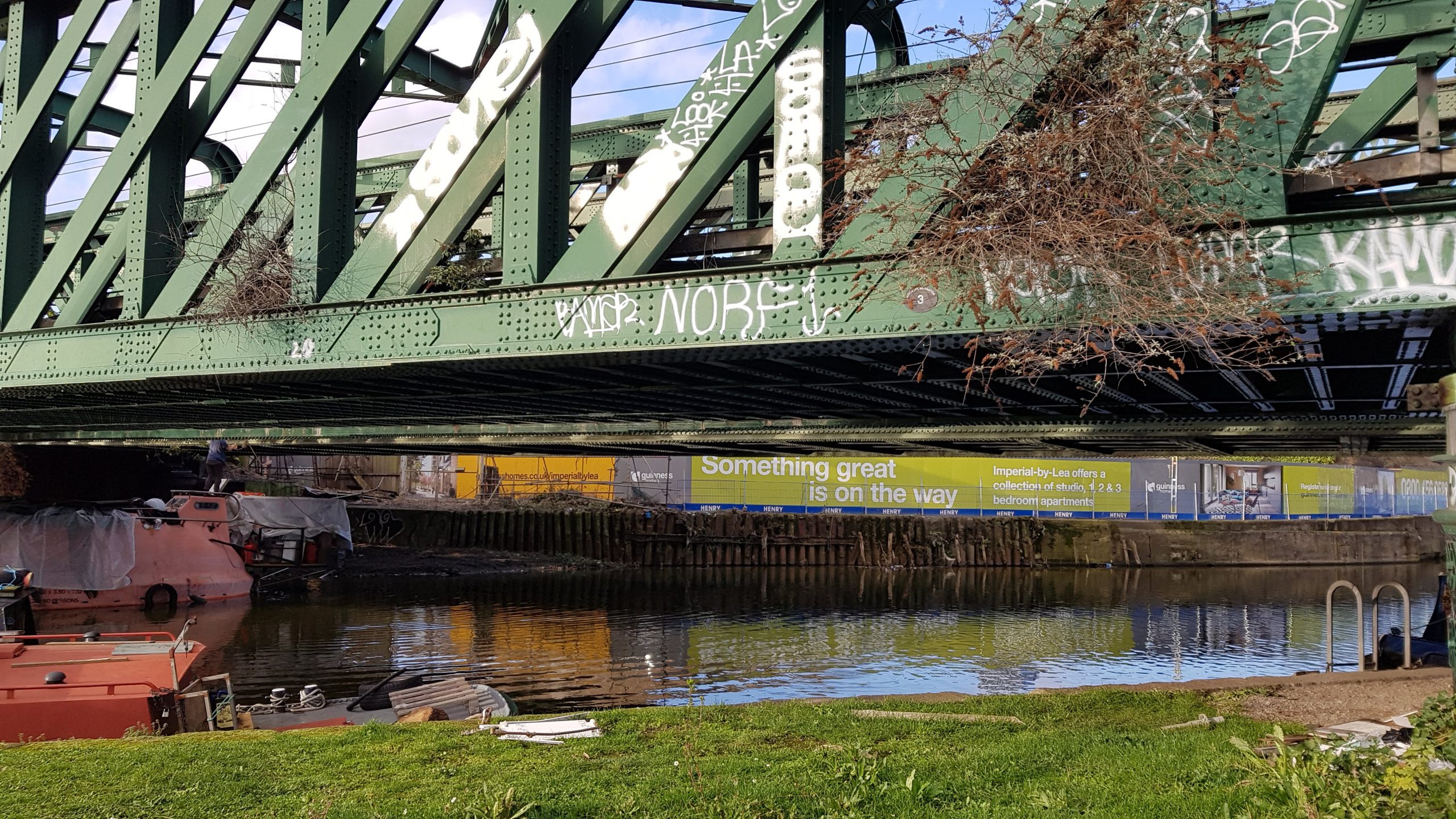 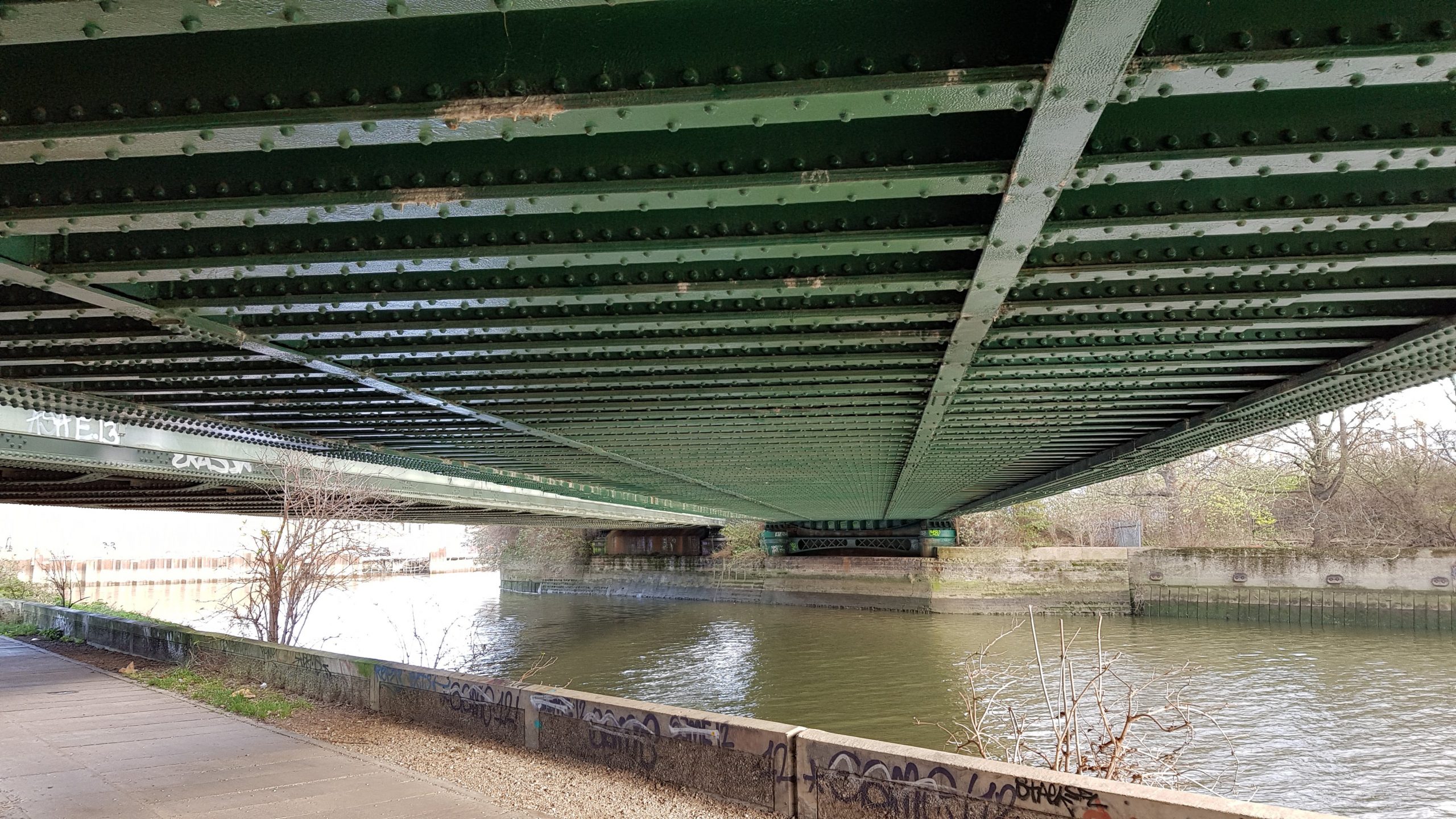 At the end of the walk is Three Mills Island, and at least two of the mills are now listed buildings. There’s also a film studio here, an incongruously huge, windowless slab of concrete. Hopefully people working in there do get out occasionally to enjoy their surroundings.

After the walk, we made our way by tube back to the city, and found a nice pub near Fenchurch Street for lunch, The Crutched Friar. This sounds like a total tourist trap I know, but it was heaving with city workers, so we reckoned it would do!

Back at the hotel that evening we were treated to a rain storm which just cleared up in time for sunset. Great views! 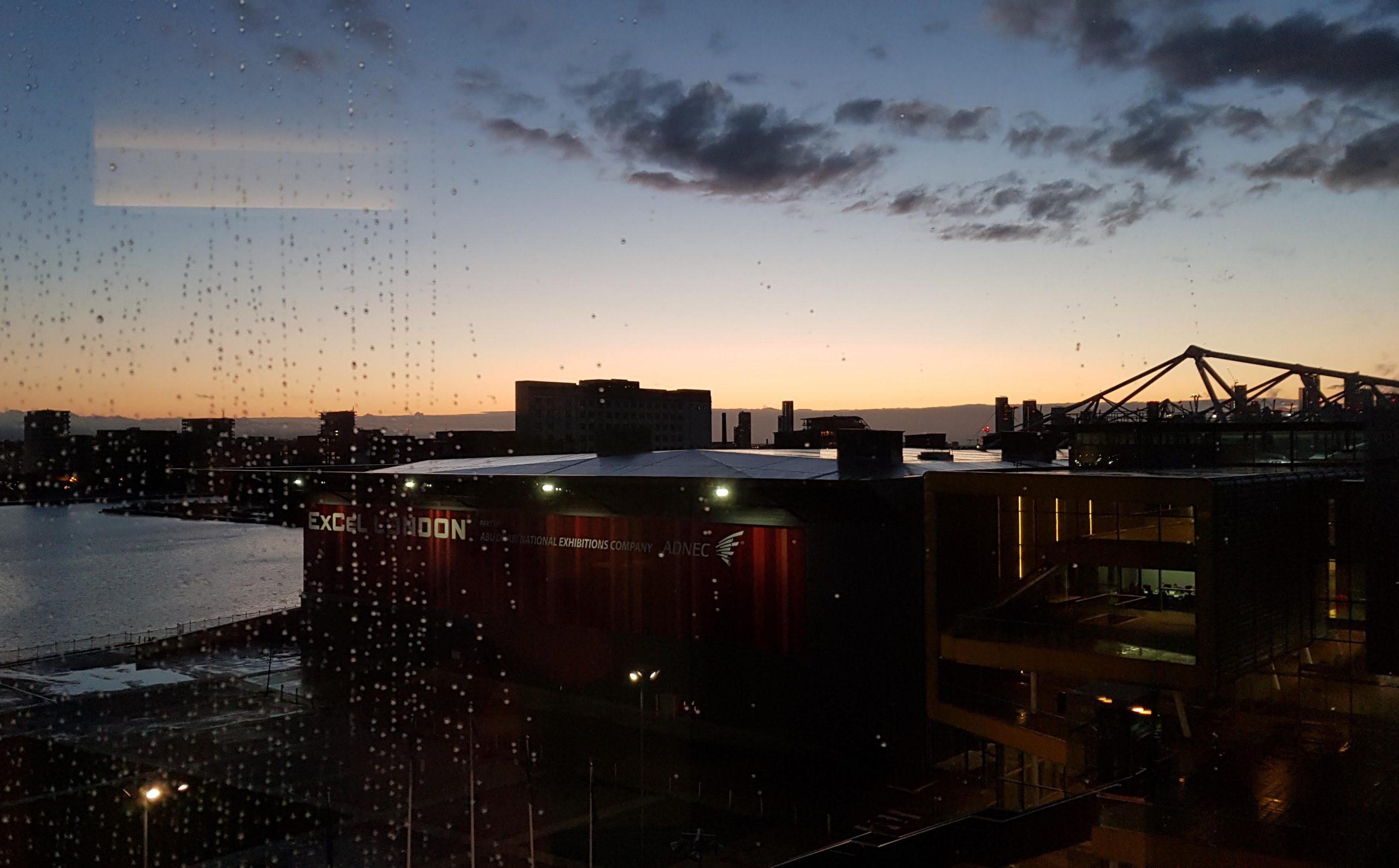 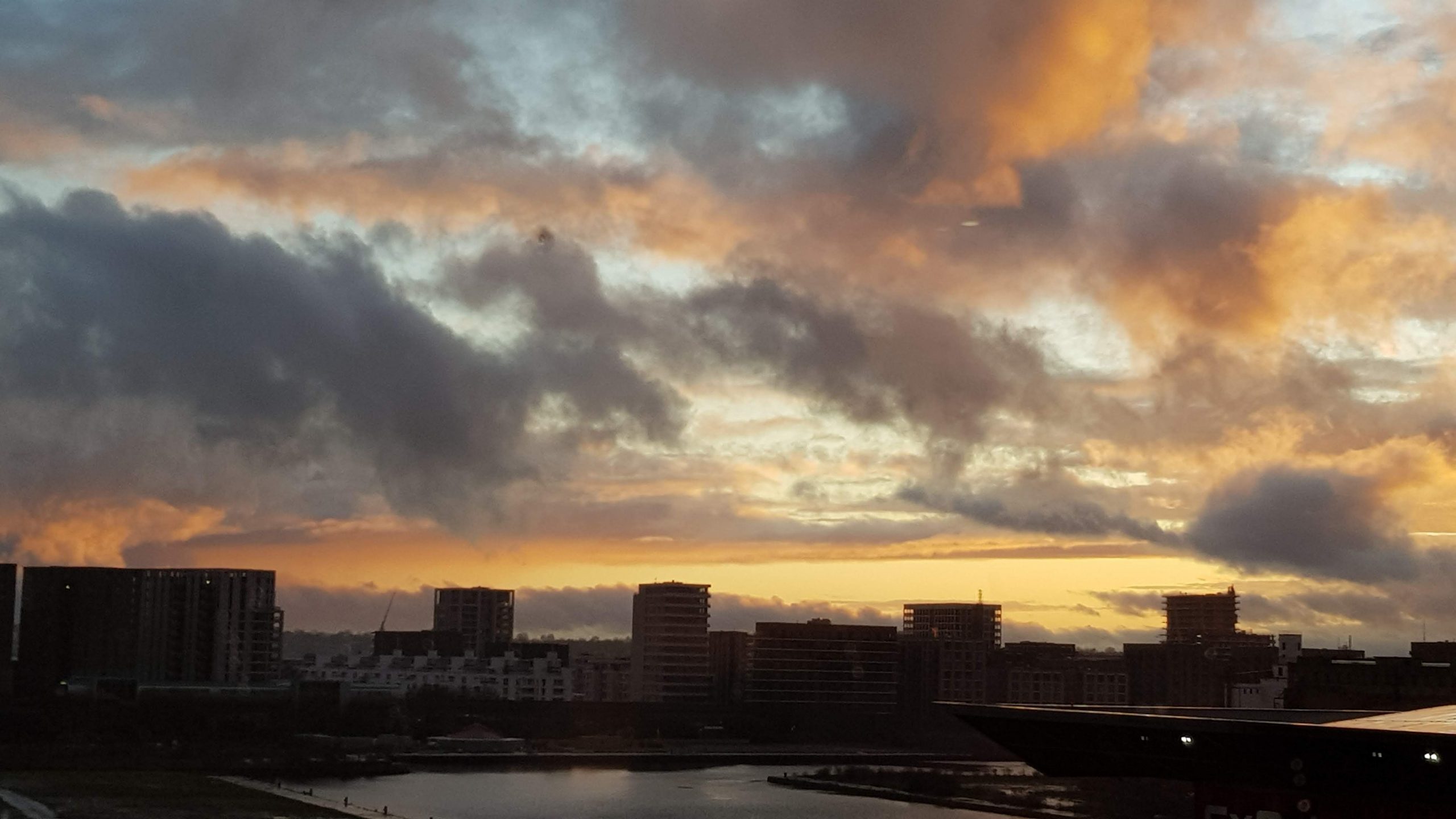