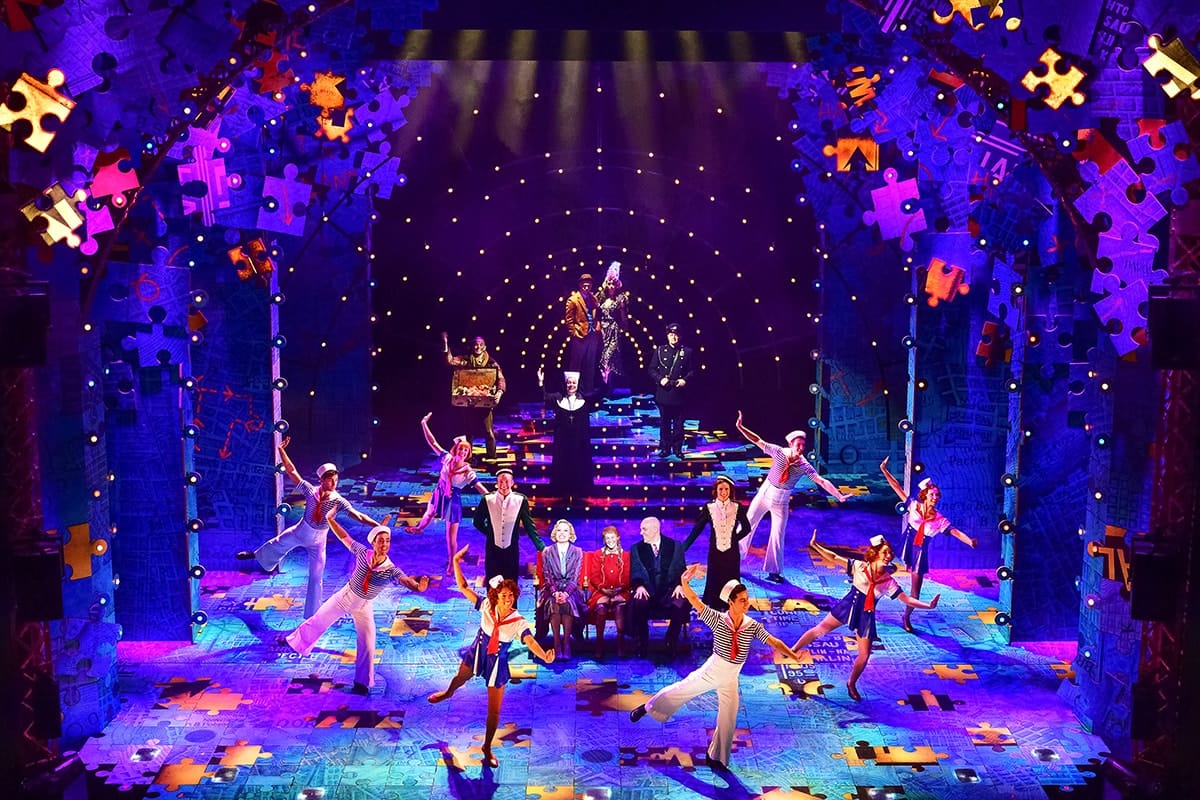 I know I wasn’t the only person in the audience last night who hadn’t seen Annie before, but at times it felt like it. The foyer of the Congress Theatre in Eastbourne was buzzing and everywhere you looked there were little girls, many of them dressed in sequins and dance gear, perhaps in the hope of getting the call (”The actor playing Annie hasn’t arrived – Is there anyone in the house who could stand in?!”) As it was, the audience contented themselves with applause, some singing along, and a bit of jigging in seats.

When I was growing up I loved the old film musicals which invariably played on TV at weekends  – anything with Gene Kelly or Judy Garland in particular. The frocks, the glamour, the amazing dancing, the romance – it was a world away from South London in the 70s and I absolutely lapped it up. But as an adult I’ve never fallen in love with stage musicals, and in fact quite the opposite – all that hyper-amplified shouting and belting, fake American accents and terrible storylines. So here I was, strangely quite looking forward to seeing Annie, and I have to say I loved it.

This was the very first performance of a six-month long run that will be touring the UK from Cardiff to Aberdeen to London and many points in between. If the ‘orphans’ were nervous after the delayed start they didn’t show it, leaping into action from the word go and very quickly into It’s a hard knock life, a high-energy chorus which even I recognised.

Very quickly I was swept up in the sheer joy of the performances, particularly the singing and dancing of the ensemble. Lesley Josephs had great fun in the role of the horrid Miss Hannigan (‘Little girls, little girls / Night and day I eat, sleep and breathe them /Get out of here!’) principals Alex Bourne (Daddy Warbucks) and Carolyn Maitland (Grace Farrell) had beautiful singing voices (no belting detected by this listener!) Kiana Dumbuya was a cute Annie and Amber the dog almost stole the show as Sandy.

I also loved the live band directed by Daniel Griffin from the piano – I often wish that in the theatre the musicians weren’t always so hidden, although I know the audience’s attention is on the stage. And in this case, there was plenty to look at – a colourful, jigsaw-themed stage set, kaledoscopic numbers that had dancers at times seemingly flying through the air, multiple costume-changes and dramatic lighting effects.

Never mind the Air Show, I recommend a trip to see Annie this week. The whole production was so slick I thought I was on Broadway, and couldn’t help having a big smile on my face all night. Everyone was on their feet at the end and no wonder, this is classy stuff.

Annie is on at Eastbourne’s Congress Theatre until Saturday 17th August.