The sun was shining yesterday so we took ourselves off to Herstmonceux Castle to see the gardens. By chance, there was also a guided tour of the castle itself, which isn’t generally open as it’s occupied by students (although not in the way I remember ‘occupations’ when I was at uni!)

The castle is actually owned by Queen’s University in Canada, and operates as the Bader International Study Centre hosting a new crop of students every year who come over here to study.

It’s less than half an hour’s drive from Eastbourne, and a bit tucked away up a country road. The fact that we’ve never been here before is testimony to its slightly secret location…but it’s an impressive sight when you roll up. 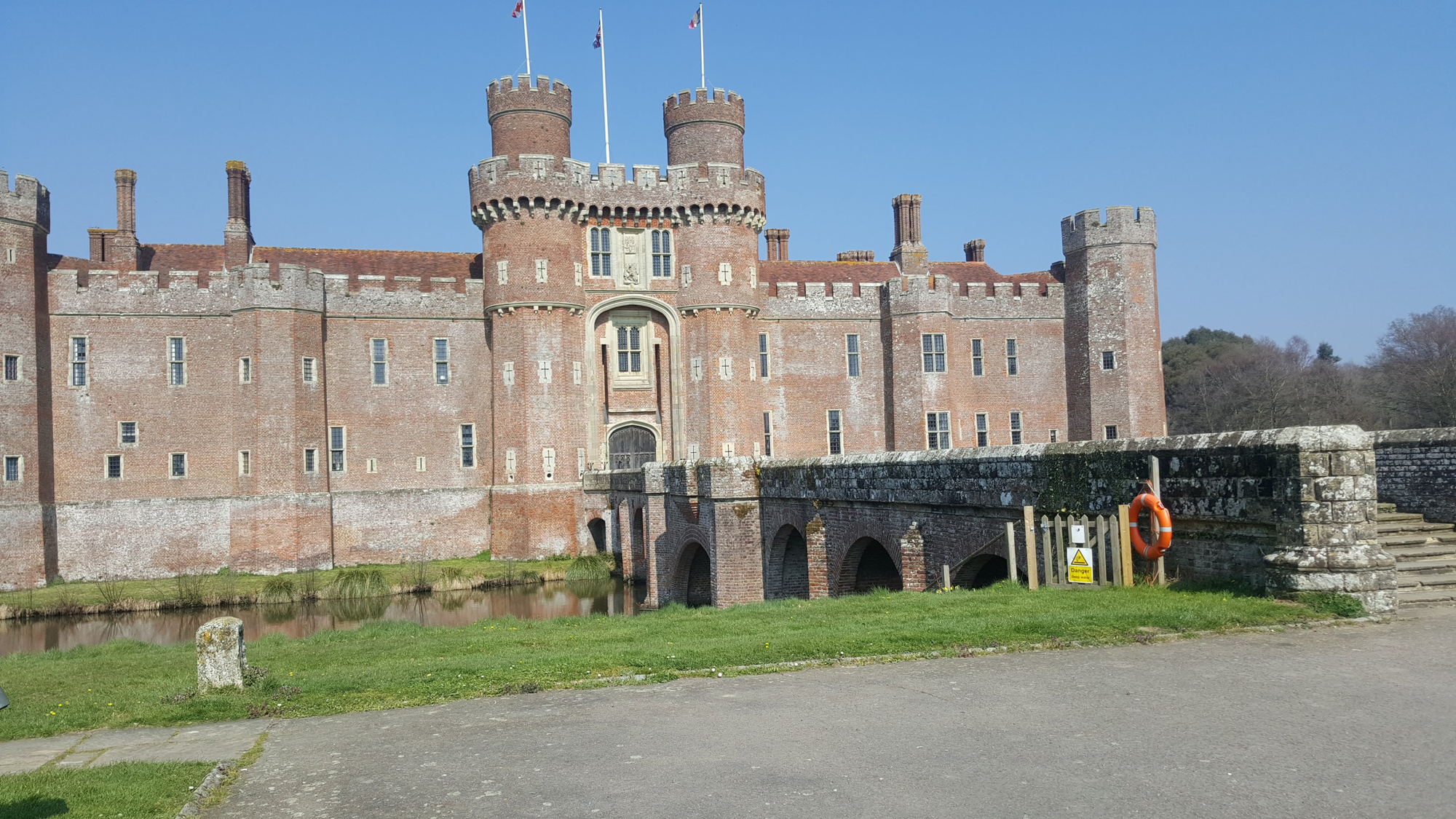 Our tour guide gave us a quick history of the place and explained that in the 15th century it was the largest private home in England. It has a rather ‘perfect’ look which made us fear it wasn’t really old at all, but in fact although it was restored in the 20th century much of the building is indeed original. Being made of brick is itself unusual for the period.

The interior is a strange mix of old and new, part-school, part-conference/wedding venue. We checked out the Elizabethan panelling, the secret chambers, the Grinling Gibbons wood carving and the decorative ceilings, whilst surrounded by TV screens, whiteboards, chairs & desks, projectors and all the paraphernalia of a  working college. One moment we were in the oldest part of the castle with massive doors and recesses for the drawbridge mechanism, the next we were in carpeted rooms with chintzy window dressings and slightly jarring modern decor. A chimney breast painted a bizarre shade of navy blue dominates the centuries-old fireplace. Given that the rest of the room is neutral cream it stands out even more: 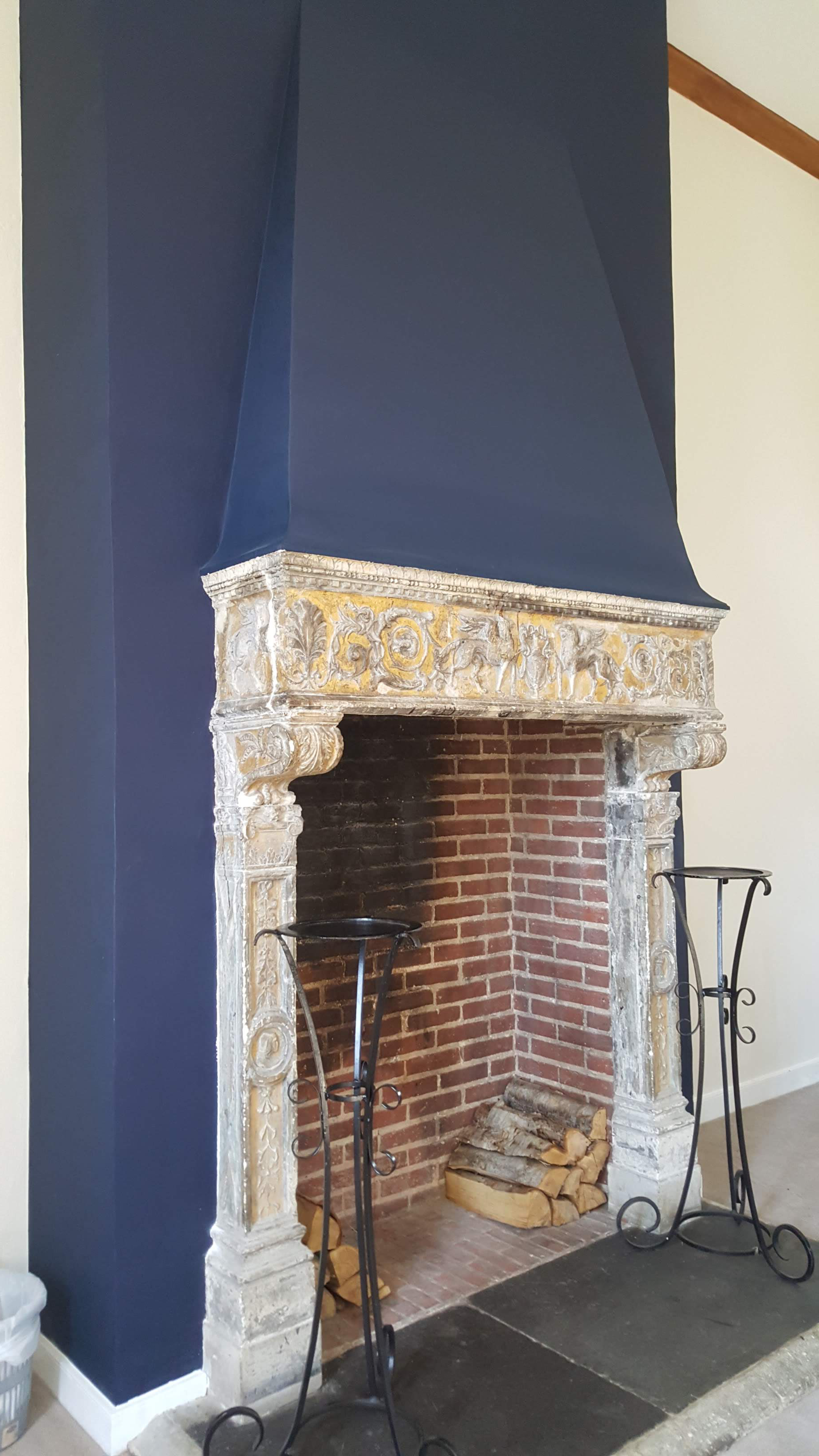 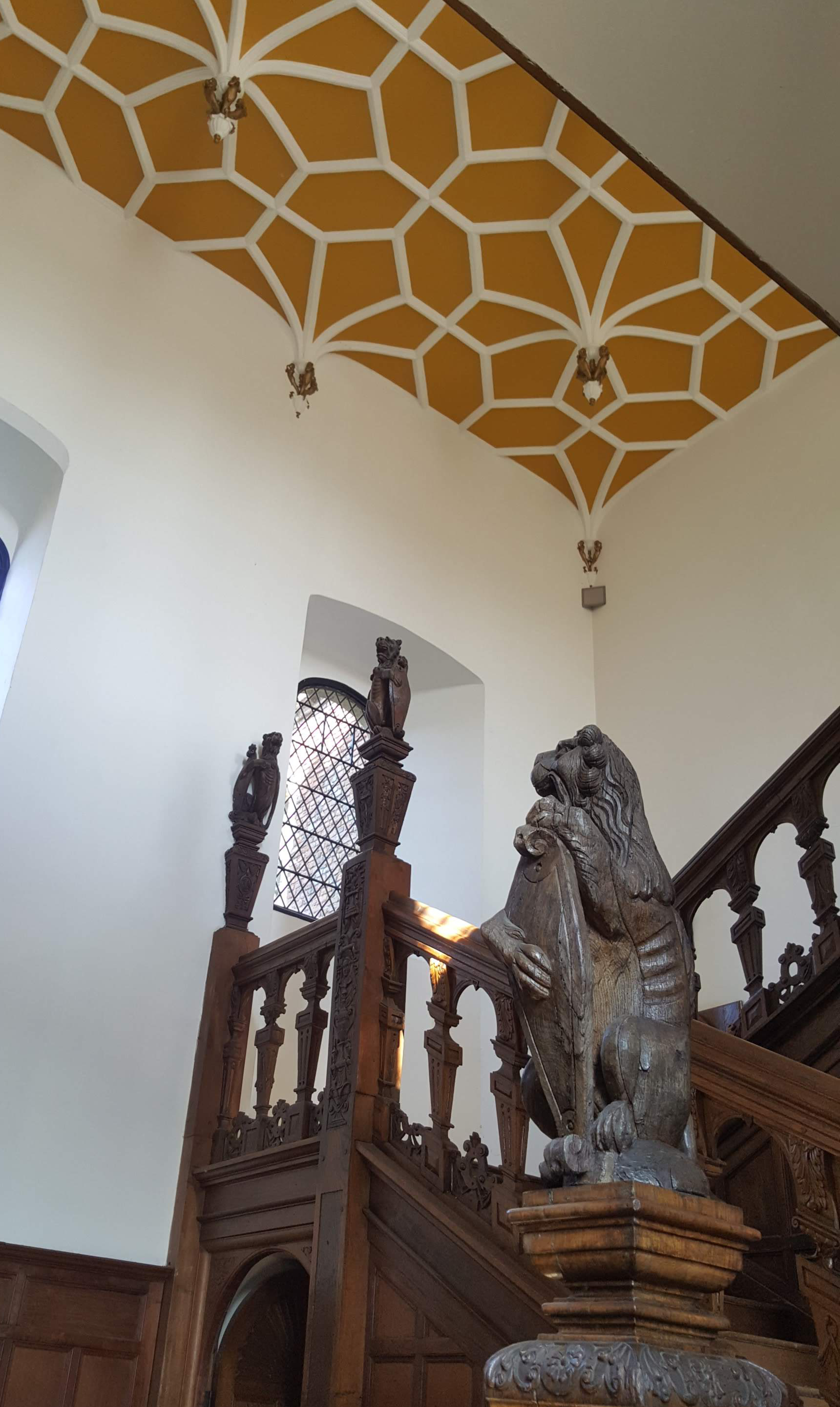 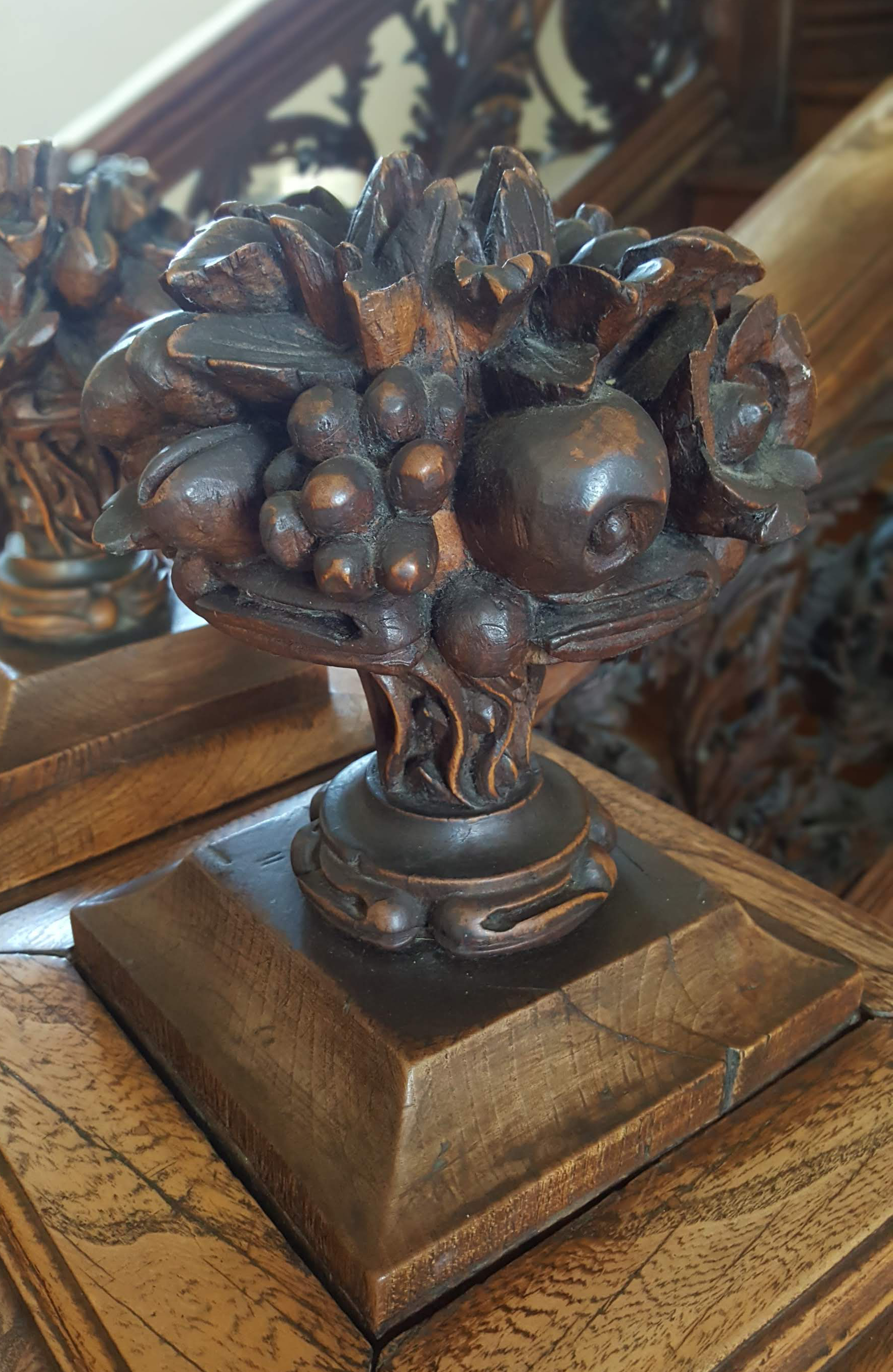 Outside, the formal gardens and grounds are wonderful. I was really interested to see the borders at this time of year, noticing what plants would be coming up and how they were placed. Also, how many of the perennials had been cut right back in anticipation of new growth.

Most fabulous of all are the magnolia trees, all in bloom. And daffodils everywhere of course! 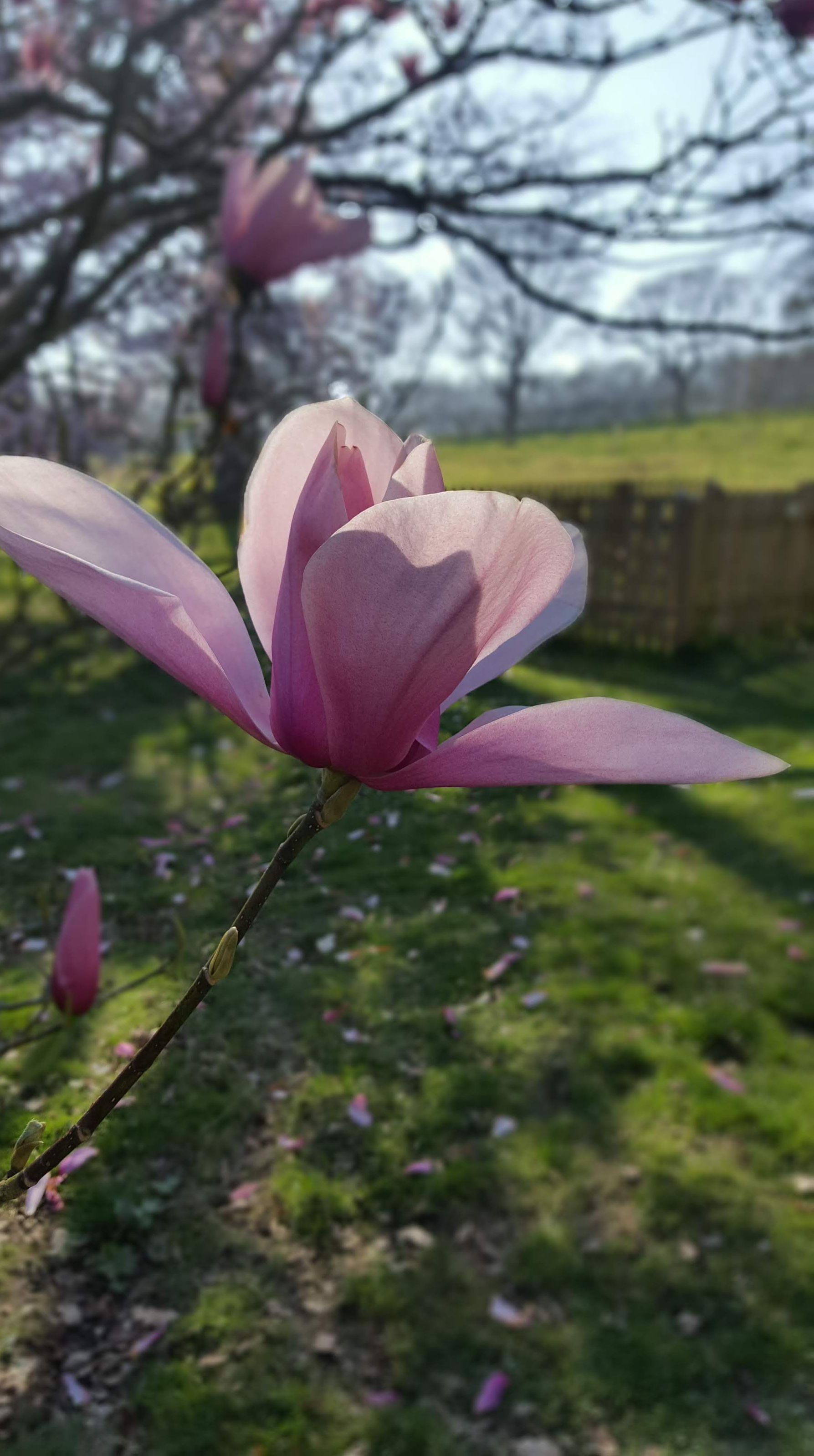 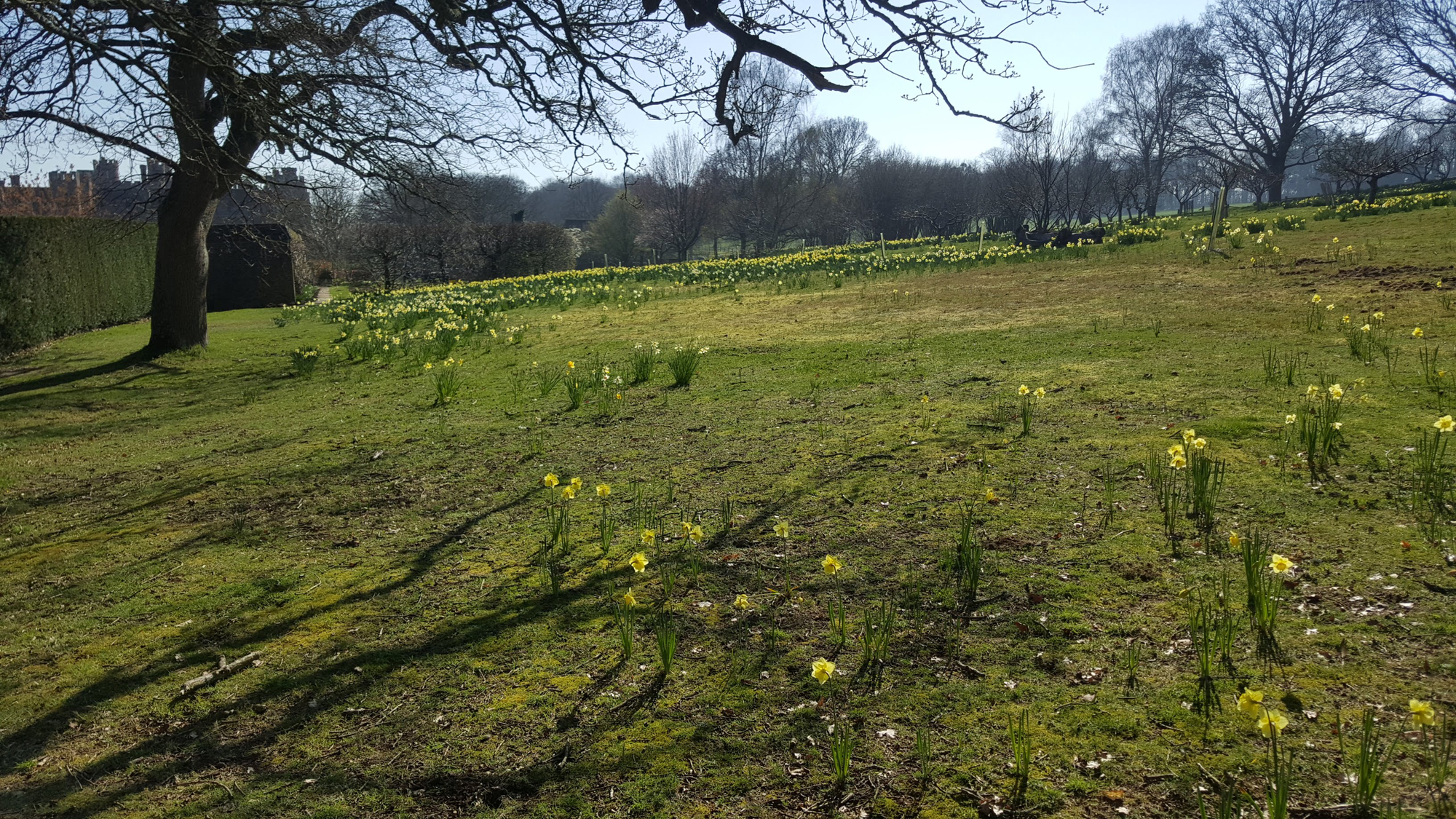 We felt we almost had the place to ourselves, in comparison to National Trust properties for example.

There’s a small tearoom, and there were a few small garden plants for sale and very reasonable prices. We picked up 3 each of sweet marjoram, flag iris, Siberian iris and globe thistle (echinops).

I’m sure we’ll be back. It’s a beautiful place, and you can’t get more fairytale-castle-like than this! 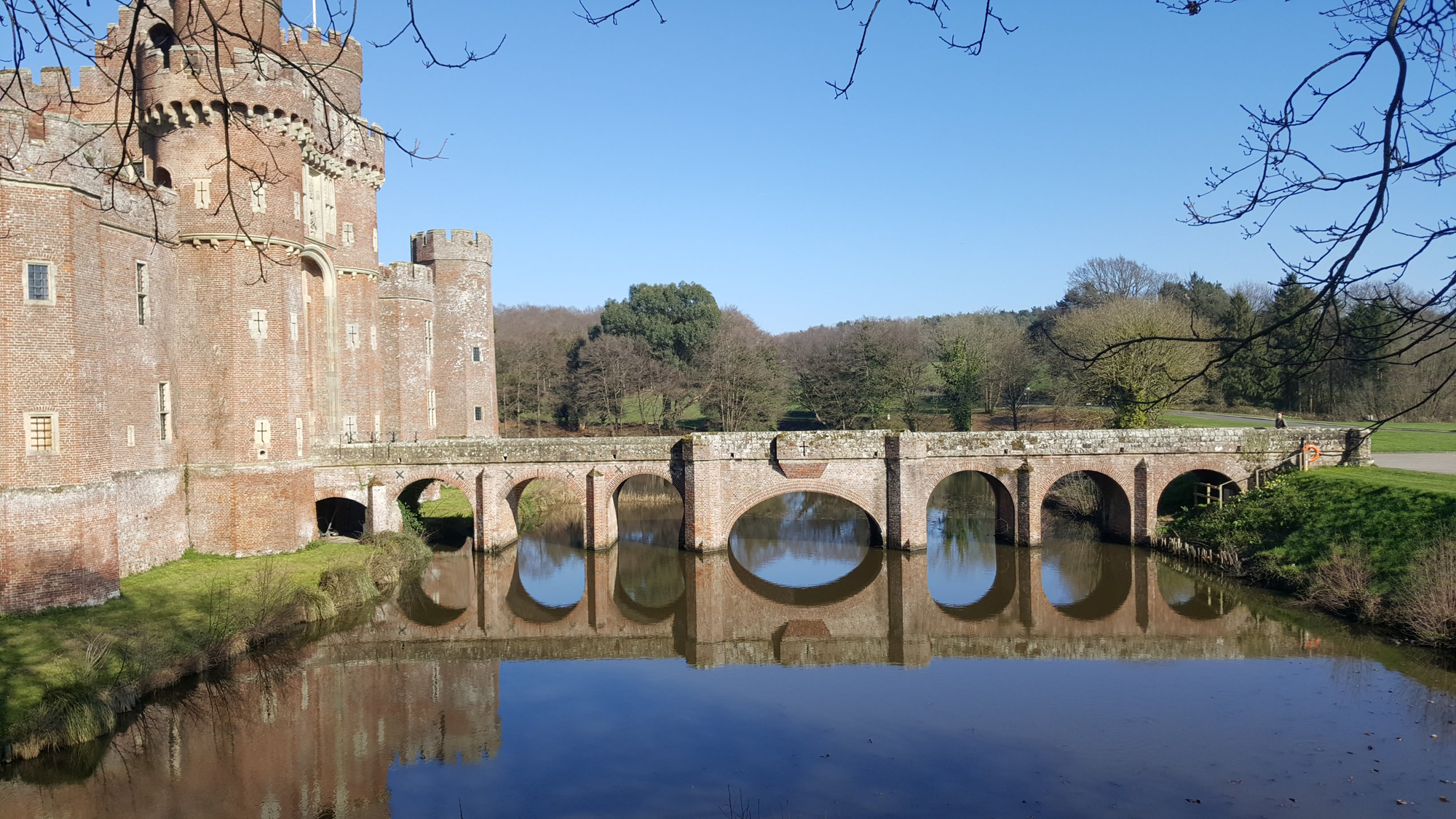