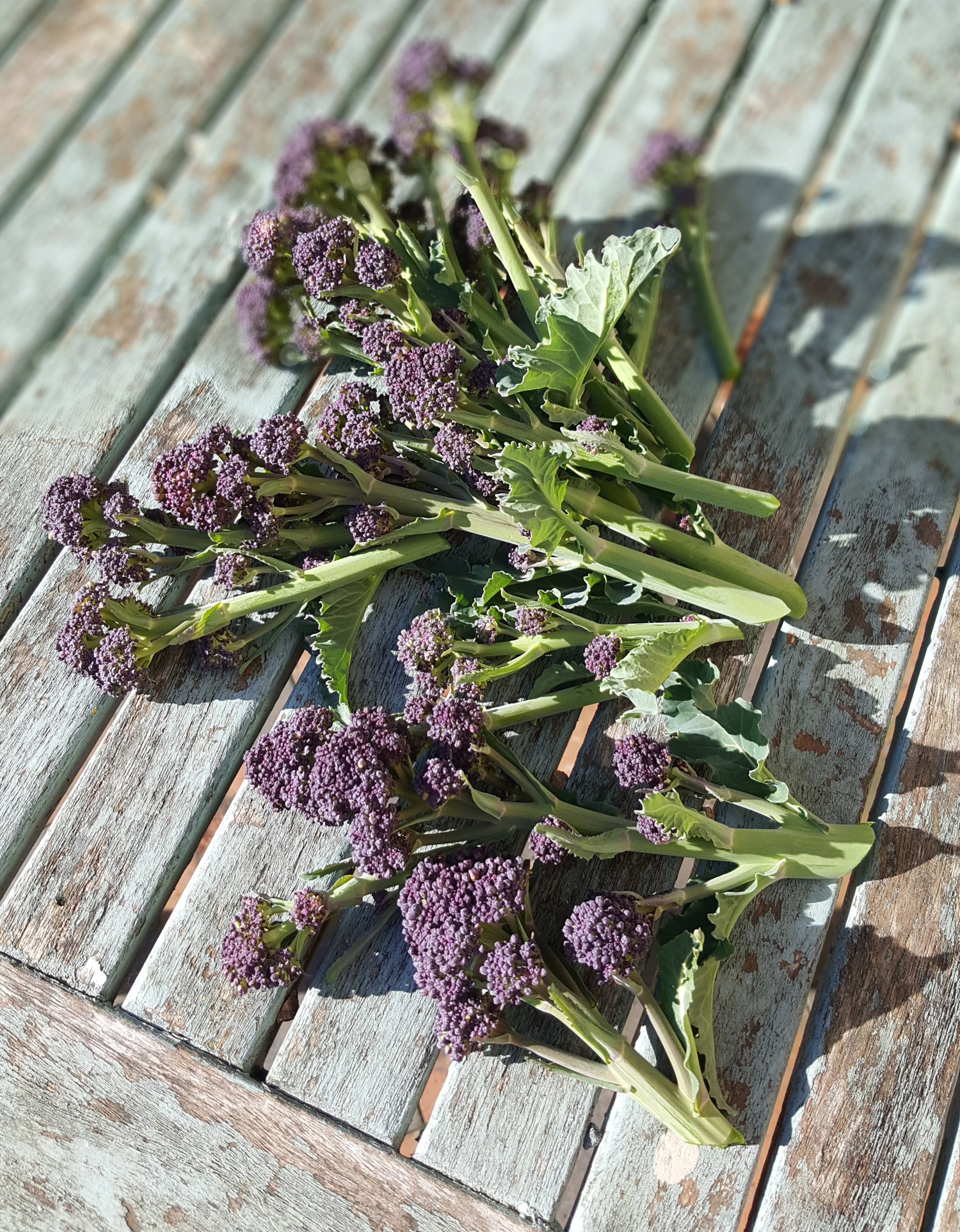 The garden over winter, broccoli and exciting plans

It’s been a while – but as British Summer Time begins, it seems like a good time to get things up to speed on this blog.

First of all, the garden… We saved some of last year’s geraniums, cut them back and planted them in pots which we’ve kept over winter in the summerhouse. I’m not really sure if they’ll all make it, but they’re looking reasonable at the moment. We even got them out in February as the weather seemed mild enough. But we’ve had a couple of cold bursts of weather, even snow – unusual here in Eastbourne. Some plants have stayed outside and even in January were showing signs of new growth.

And now – drum roll please! Remember the broccoli and all the grief I had over bugs, butterflies and overcrowding? Well, here they are trussed up in their netting last month… 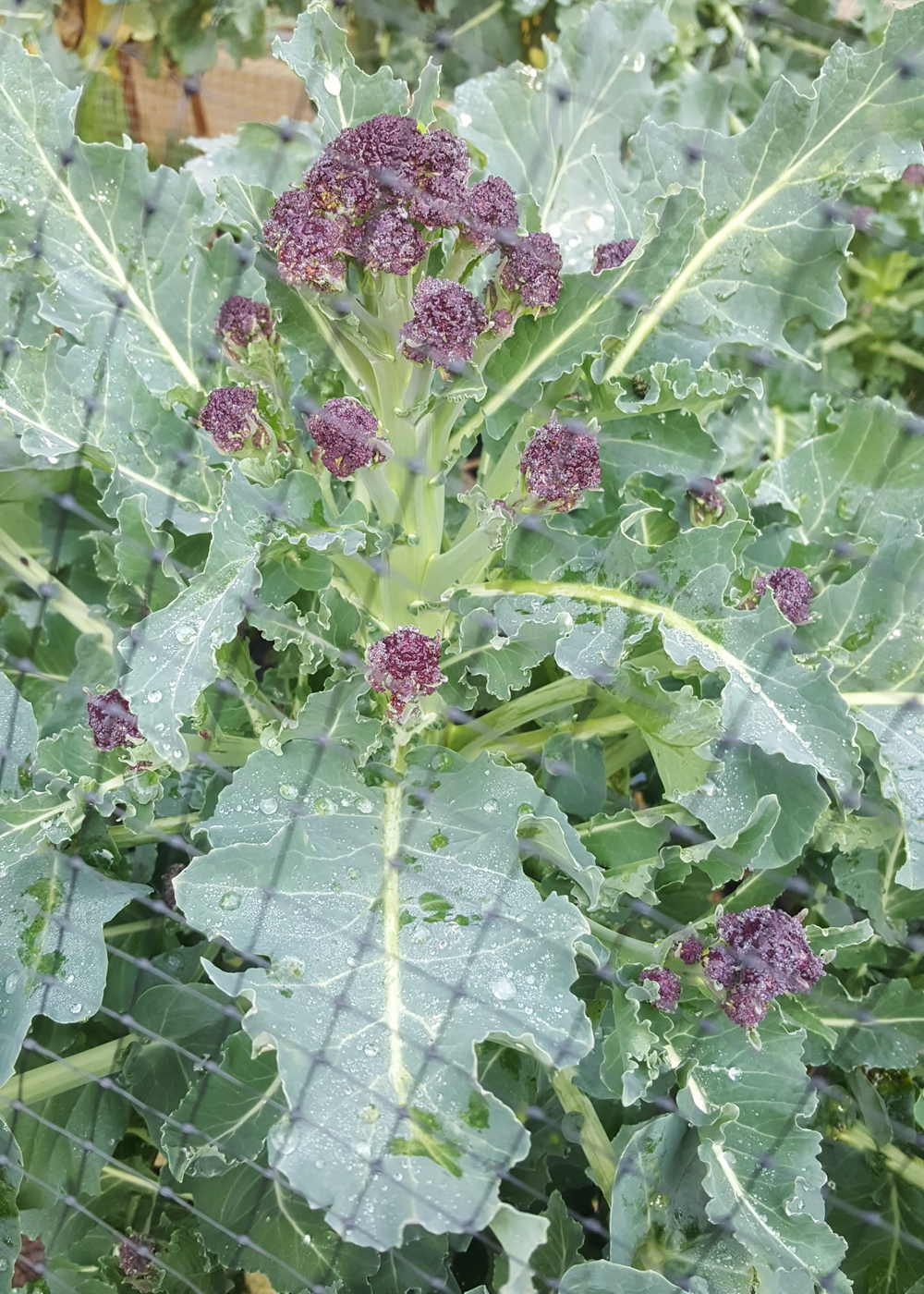 So it was the middle of February when I decided they had enough growth on them for me to start harvesting, and I’m so glad I did. The broccoli was so tender and almost sweet, it really didn’t need any seasoning. The only pity was that the purple colour was lost when steamed – no doubt there’s some way of preventing this.

Would I plant broccoli again? Absolutely! But I’ve learned valuable lessons: don’t plant too many, give them a LOT of space between one another, NET the young plants to guard from the butterflies, and don’t give them such a prominent position as they get very big and dominate from September to January.

We had to pull up all the plants after only a few weeks of harvesting, even though they would have gone on for longer. But the reason for pulling them up was a good one… we’re finally having our garden overhauled!

Here’s the plan, drawn up by Nigel Philips, who’s given us oak sleeper terraces, a second patio, a pergola, proper paving and brick paths, and a pond! He’s also overseeing the groundwork which is going on right now, due for completion just after Easter. MUCH more on this and all the photos to come in a later post. 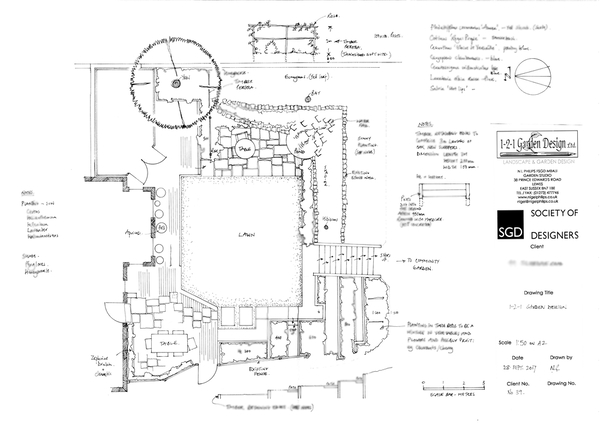