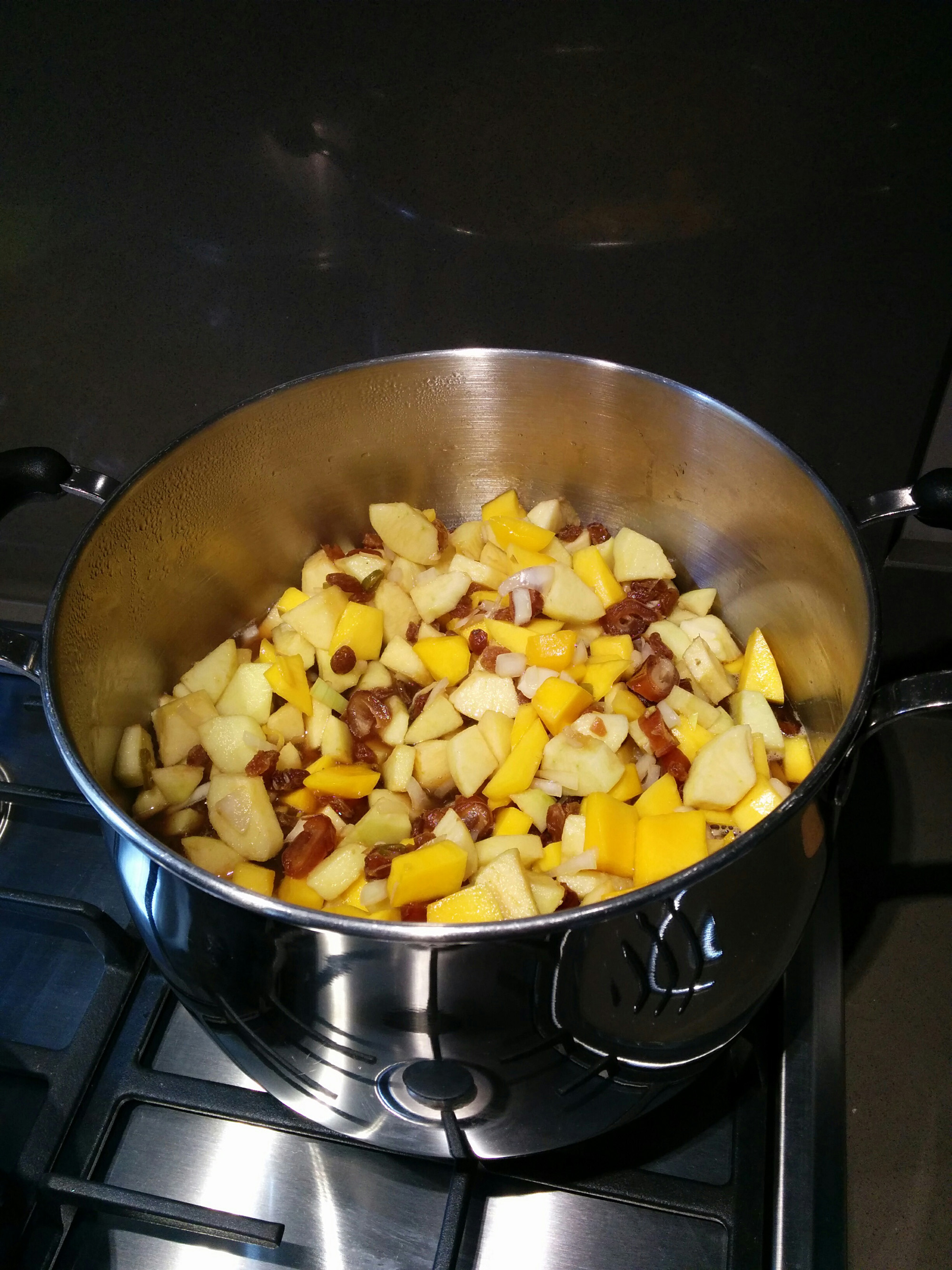 We were getting to the end of the chutney so time to make some more. I made some apple and mango chutney a while back and it was lovely, but I remember how hard the mangoes were. So this time, having managed to source two nice mangoes, I managed to wait until they were ripe – four days on the window ledge. 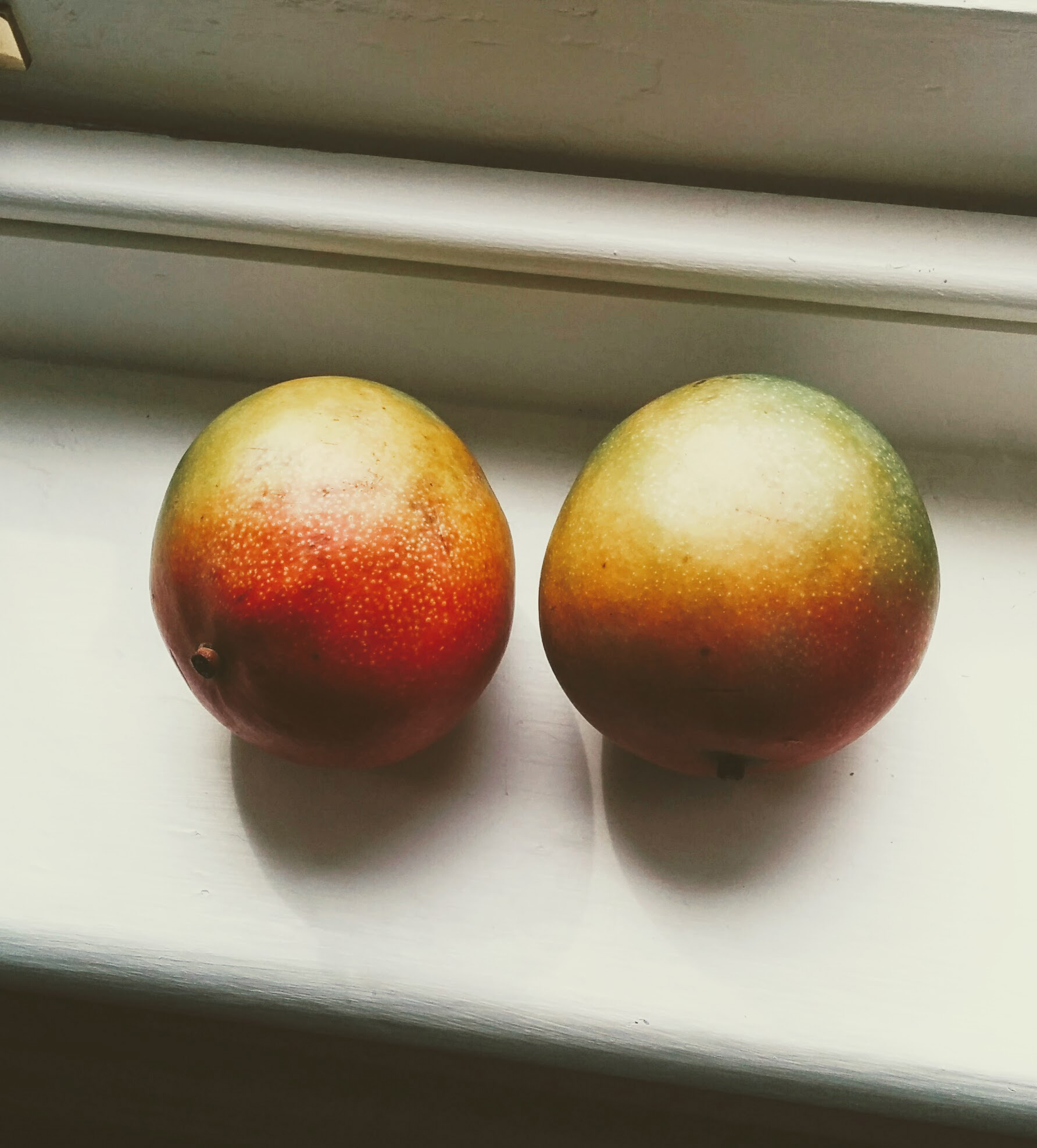 First step was all the peeling, coring & chopping – 3 pounds of apples and the two mangoes. I sat at the table and took my time. This year we (with the neighbours) have planted two apple trees and a plum tree at the top of the garden, so I’m looking forward to making chutney with our own fruit. In the past, in the autumn I’ve tended to cadge windfalls off friends, but at this time of year I have to rely on the supermarket. 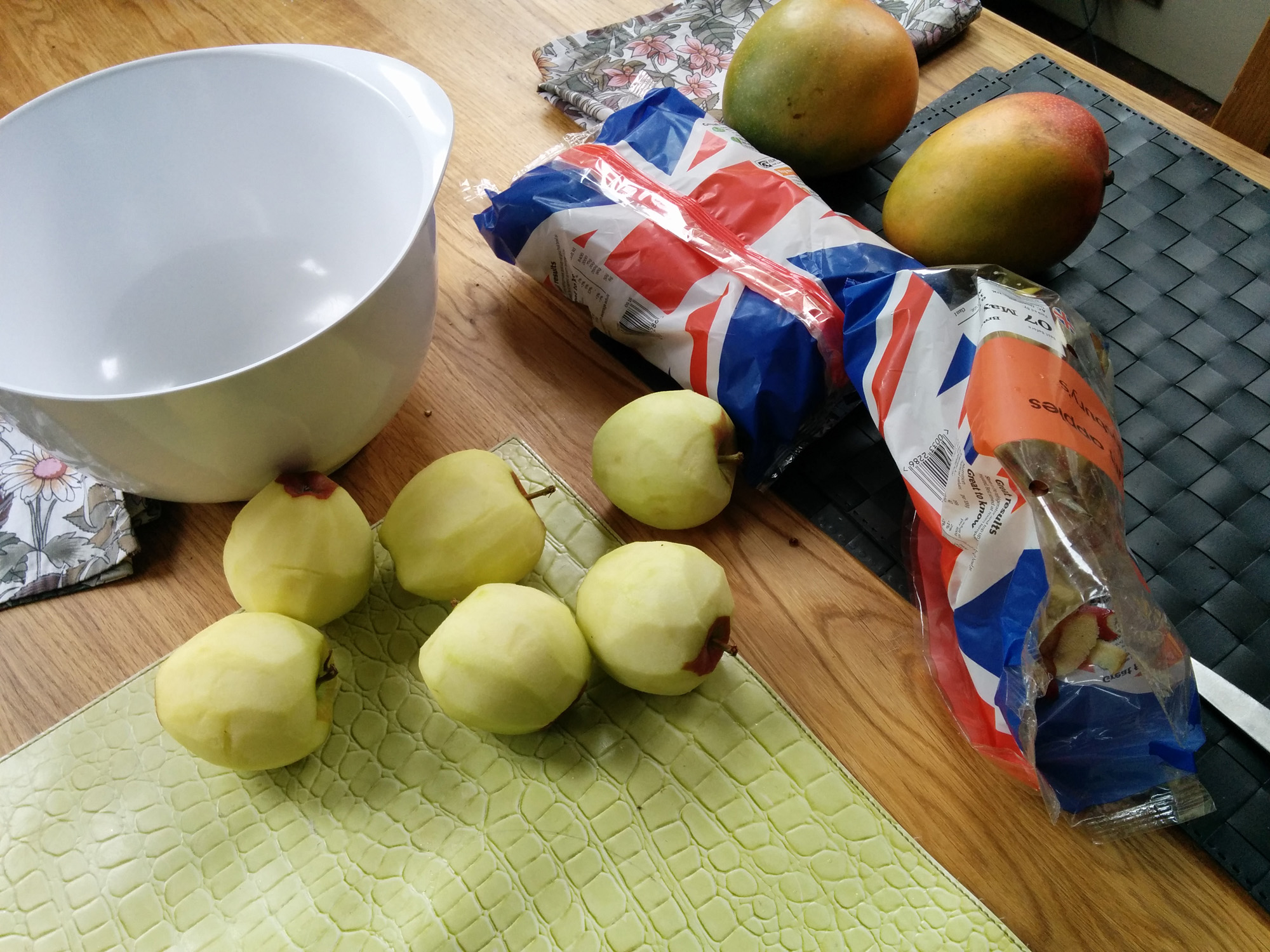 When that was all done, there were still onions to chop, a small number of chillies (I could probably have used more, as we do like it hot), and dates. 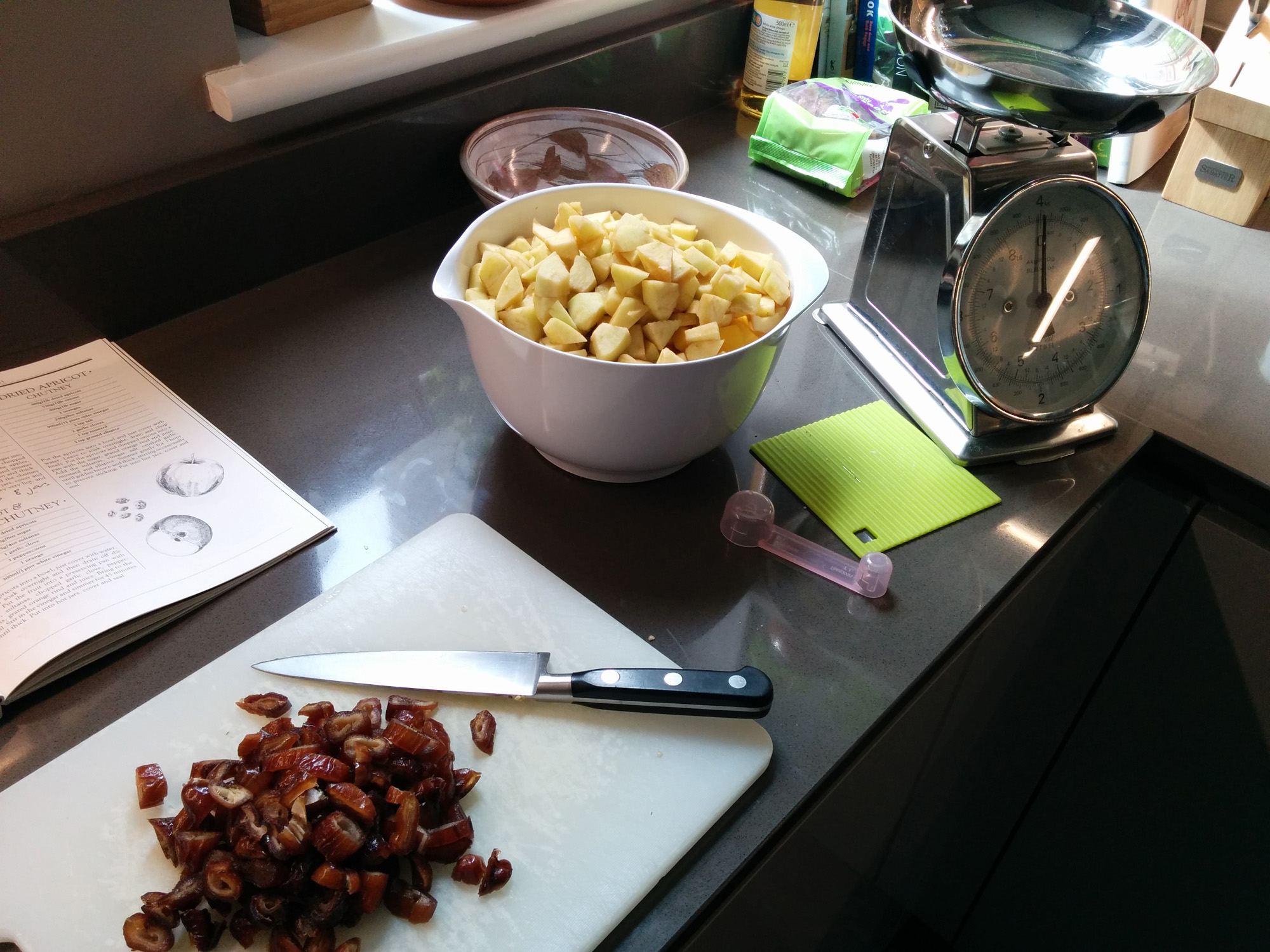 I was using a recipe from the WI Cookbook I inherited from my mum, modified to accommodate the mangoes.

The only thing I don’t care for when it comes to making chutney is the smell of the vinegar as it cooks, although this time it wasn’t too bad…

The recipe said to simmer for an hour… but to be honest I had it simmering for nearer two and a half – it just took its time to thicken. Maybe it was the influence of the mangoes. 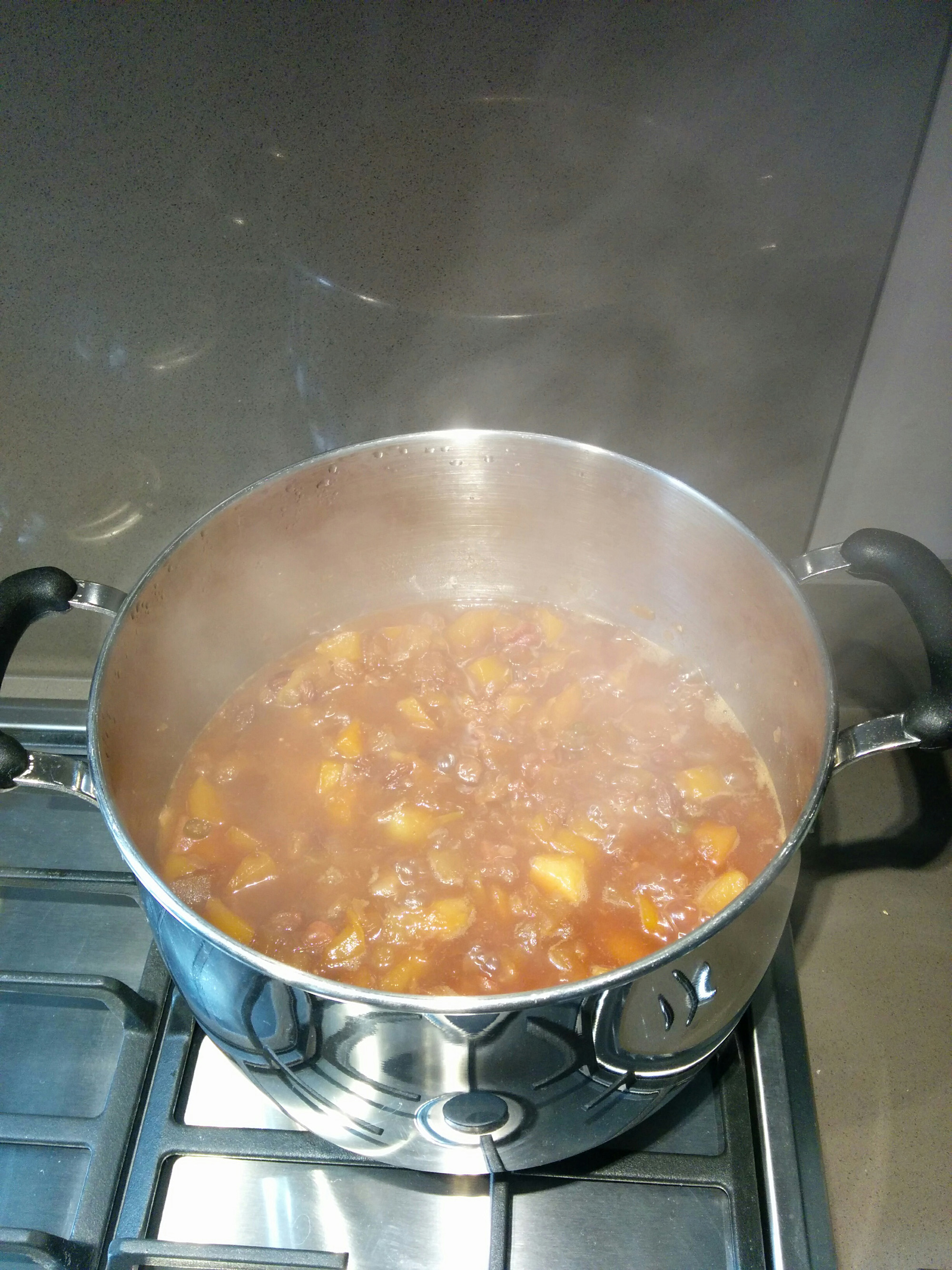 This was about half way through. By the time it went into the jars it was a very nice consistency. I even decided to make some printed stickers – get me! I’ll be giving them a brand name next. 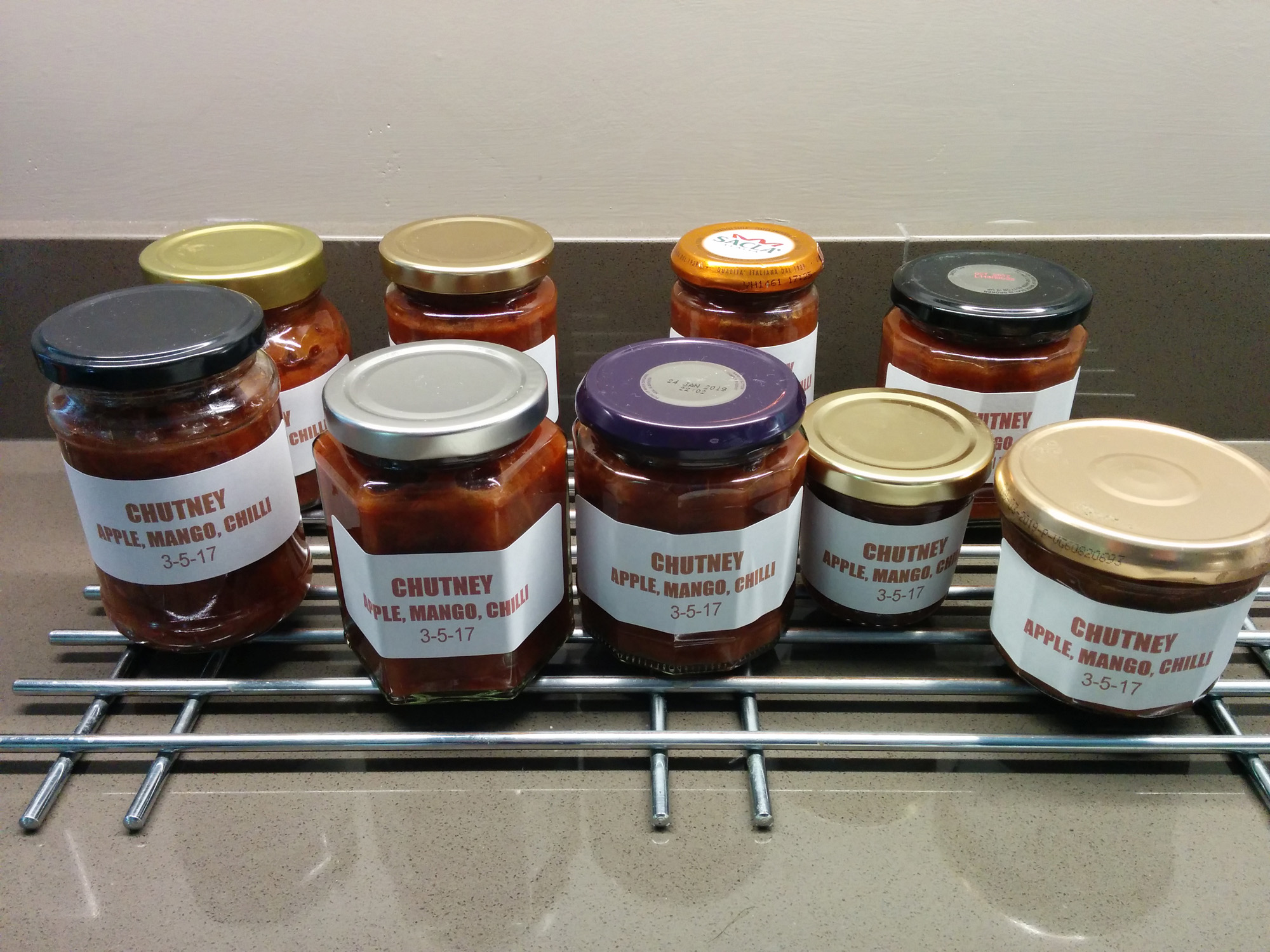 Now we have a nice stash of chutney in the cupboard under the stairs, ready for eating late summer. Yum.