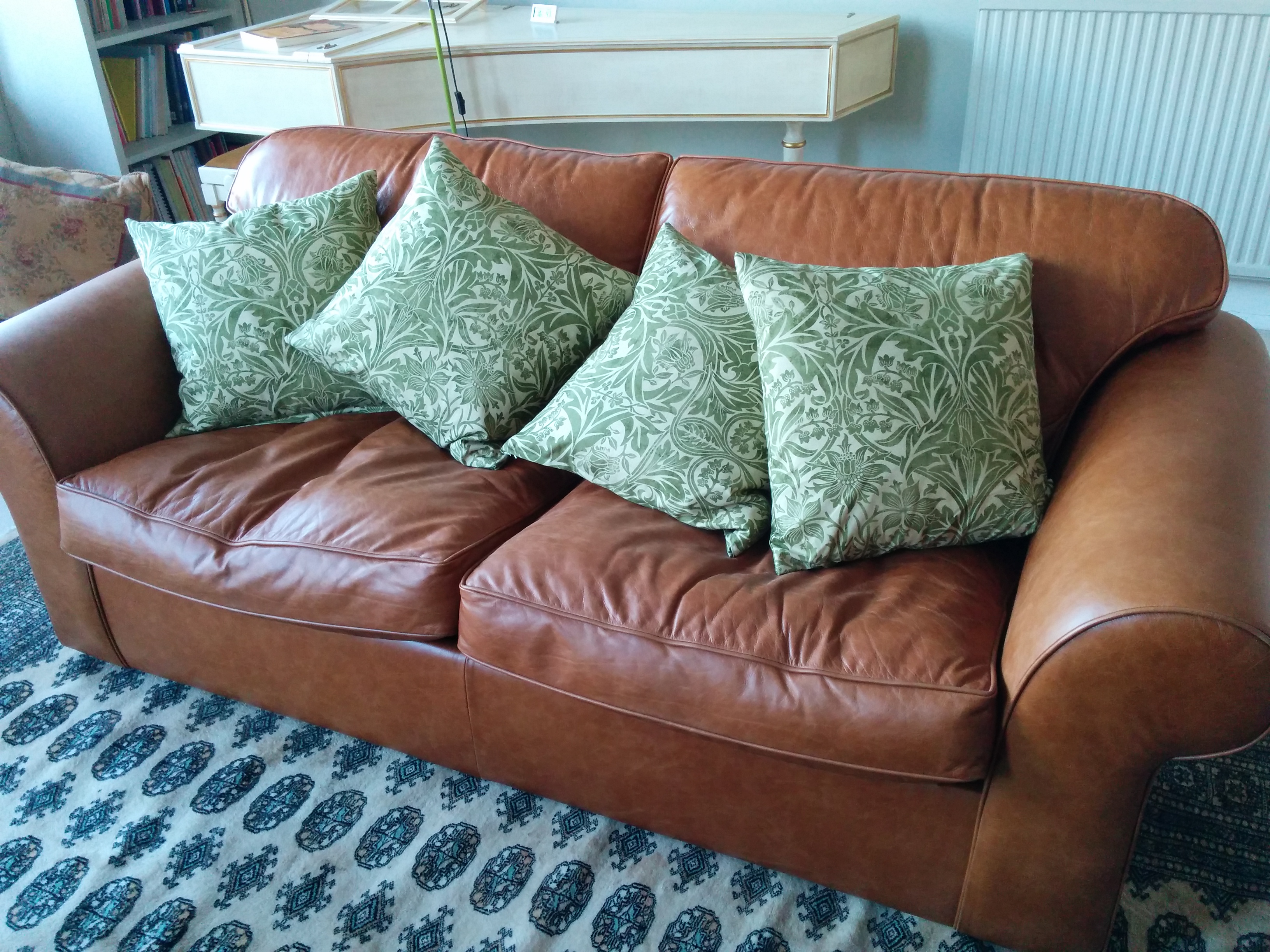 OK now I’m getting all domestic…. something I’ve attempted before but have never been pleased with the result are CUSHION COVERS. I mean, how hard can it be to stick two squares of fabric together and sew??

Having recently bought some cushion pads plus covers from IKEA (for a sweatshop-guilt-inducing miniscule amount of money) I was of course tempted to stick with that. I am, sometimes, my father’s daughter – why on earth not PAY someone to do a job that you know you’re just going to BOTCH (and that will be more expensive)…?

However, I have an inner belief in my ability to sew. Despite ‘Needlework’ being my worst-ever grade at school, I have nonetheless sewn some awesome outfits, including my first wedding dress (let’s hope it wasn’t THAT that did for the marriage) and two eye-wateringly tricky costumes for Lewes Bonfire. I’m also proud to say that while I was failing ‘Needlework’ at school, I was simultaneously making (at home, on my mum’s old Singer manual machine) my school summer dresses. Complete with zips, button loops and pleating. Ha! Take that, Miss ? (can’t remember her name – funny that).

So….when I spotted a remnant of some William Morris print upholstery fabric (Bluebell) in Brewers, I couldn’t resist. I ordered the cushion pads from IKEA, and got stuck in. And the covers even have zips! The first one was tricky but I put my mind to it and the other three took a couple of hours in total. Result! 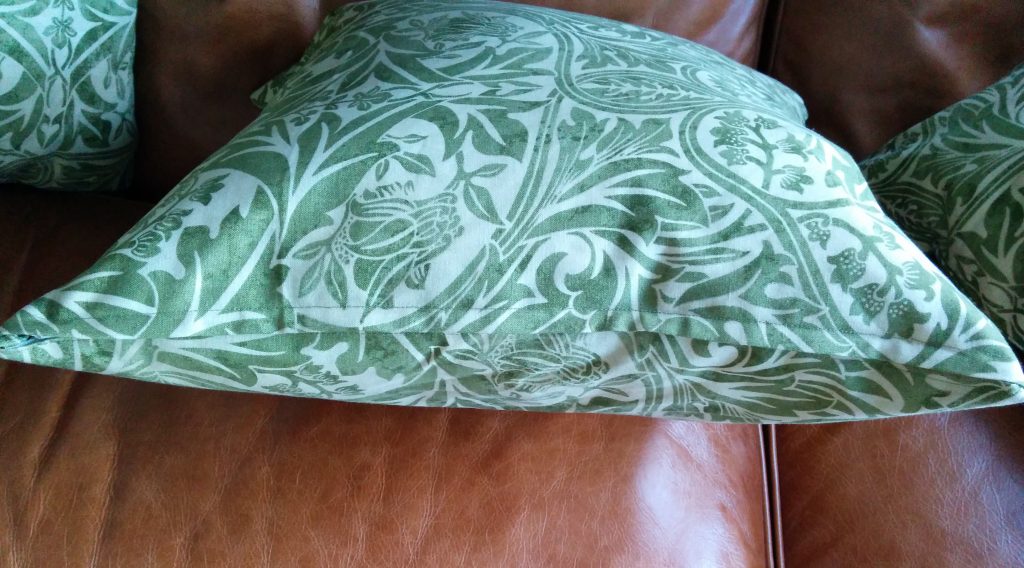