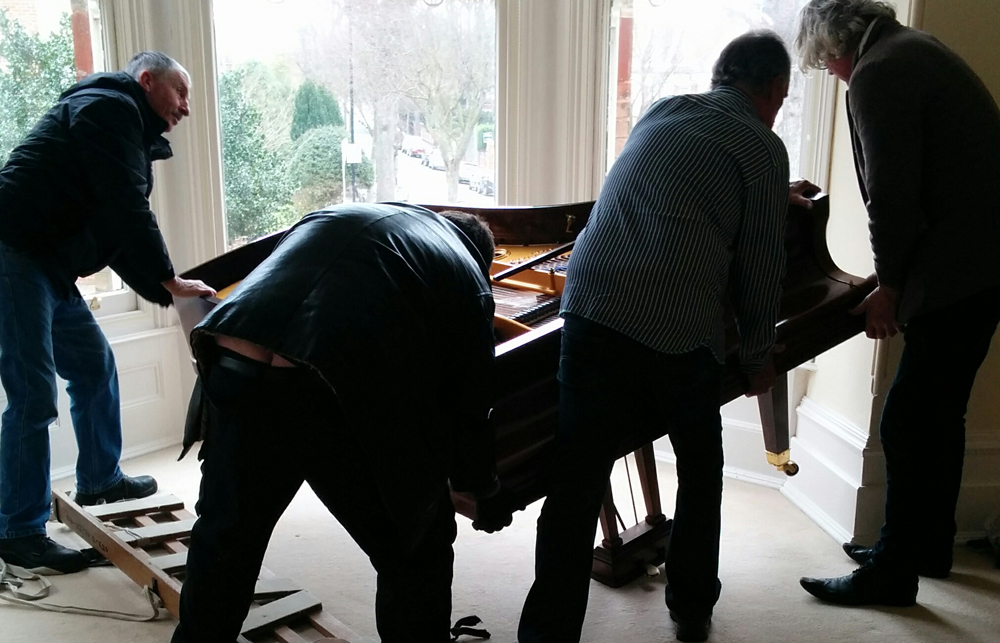 We were so worried about whether the piano would go in. A few days ago we changed our plan for which room was to be our bedroom, and which the music room/guest bedroom. We just felt the turn into the first front room was too tight.

Plus there were other considerations – the other front room (which we had earmarked for a bedroom) has more windows, and a fireplace. A fireplace I hated at first for its mock-baronial bulk, but which a neighbour tells me is original. I guess you’d call it High Victorian Gothic Revival.

Another consideration was the fact that our neighbours have their bedrooms lined up with what was going to be the music room. So … we decided at the weekend to switch the rooms. And now the decision is final – because the piano arrived, and it’s now staked its claim to the room with the fireplace.

The only rather sad downside is our plans for a lovely new shower room have had to be shelved, probably for good. We’ll just have to lavish some attention on our one rather cold and high-ceilinged bathroom. Sometime, when we can afford it!

So to the piano… we’d put a deposit down on it six months ago with Peter Shooter at Brighton Piano Warehouse, but couldn’t take delivery until now, as we didn’t have the space. So Peter very kindly kept it stored for us until we were able to take it.

On delivery day it took four men and a lot of heave-hoing at first, but actually the whole process lasted about 15 minutes tops: 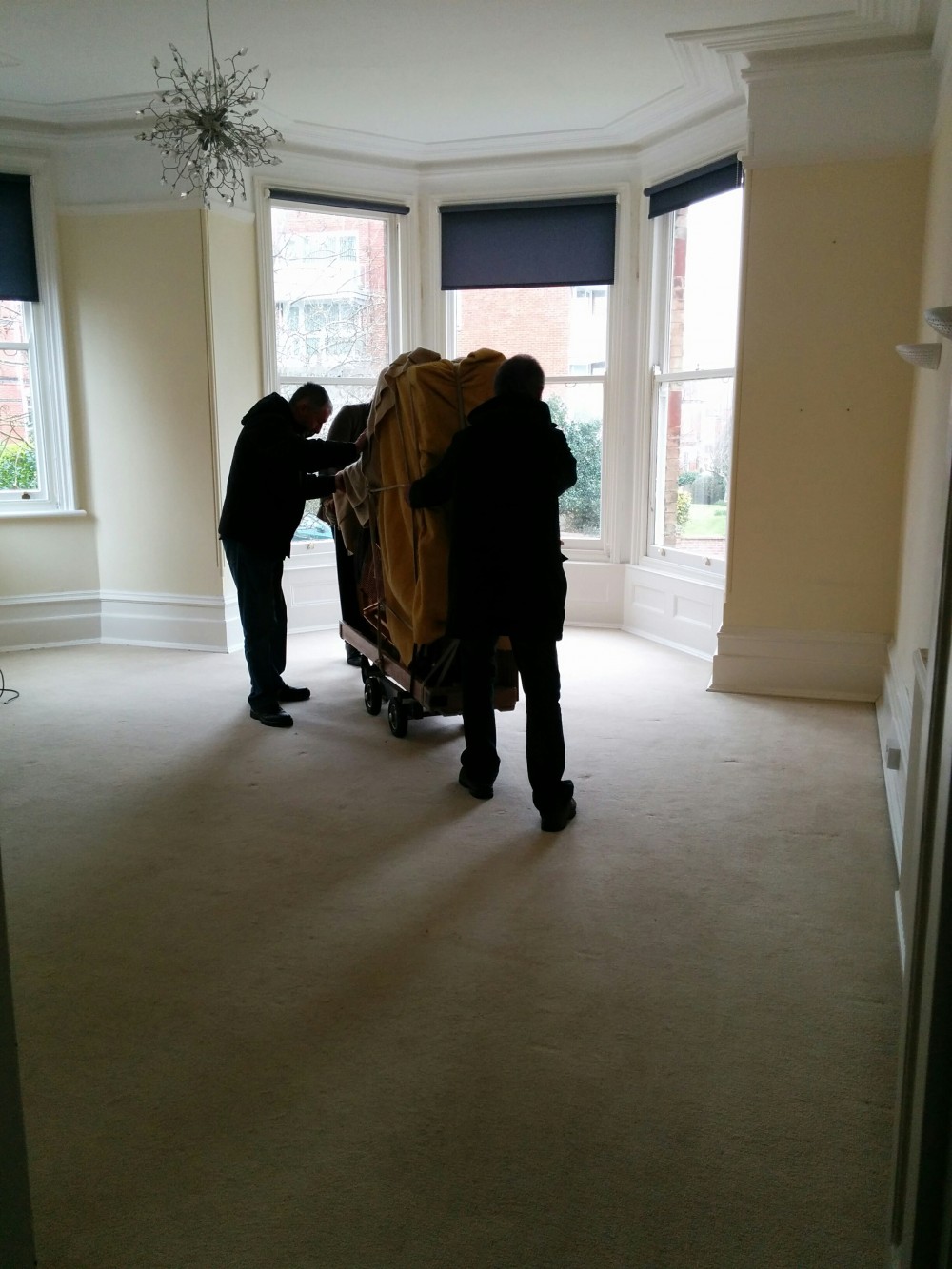 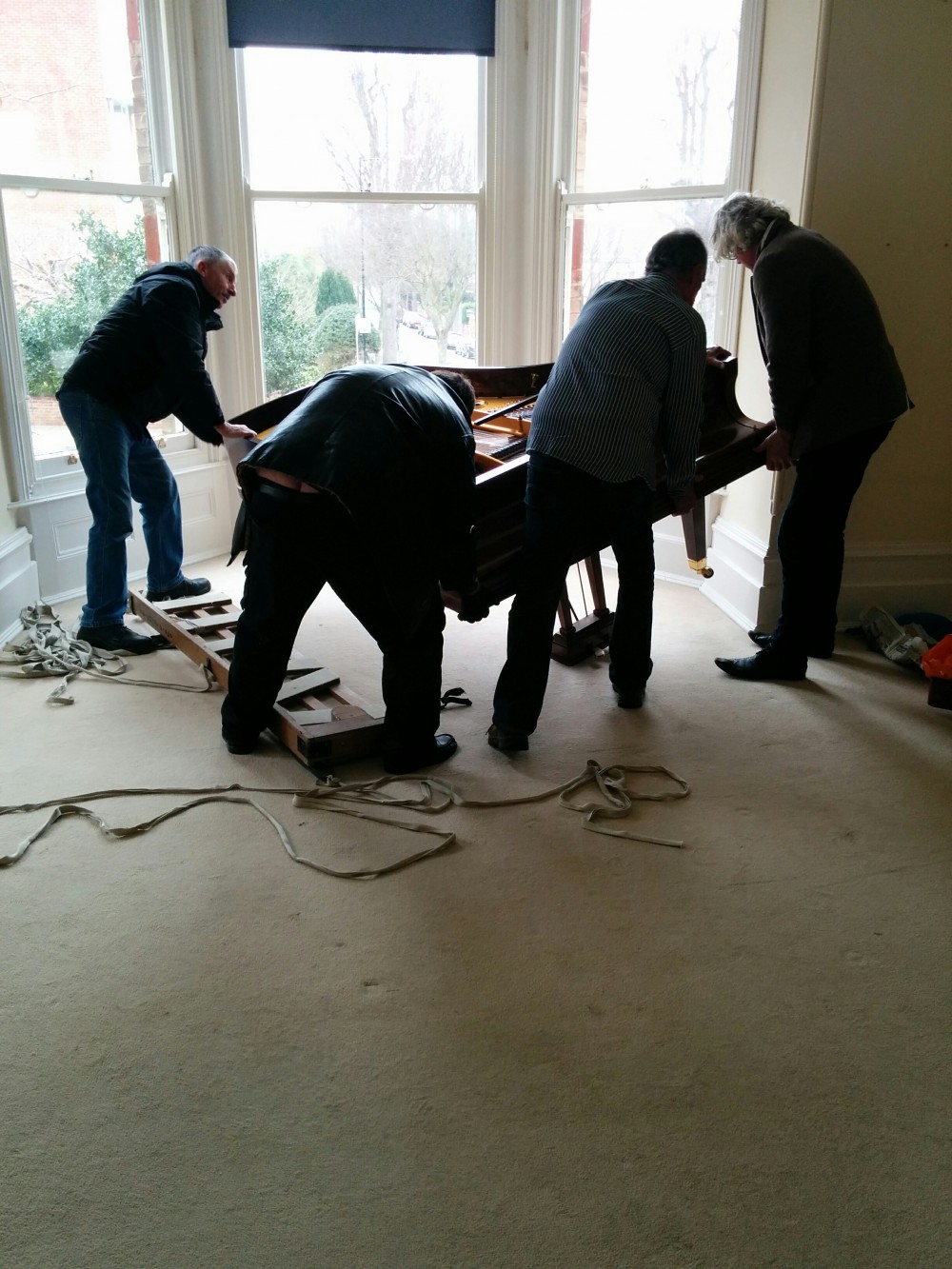 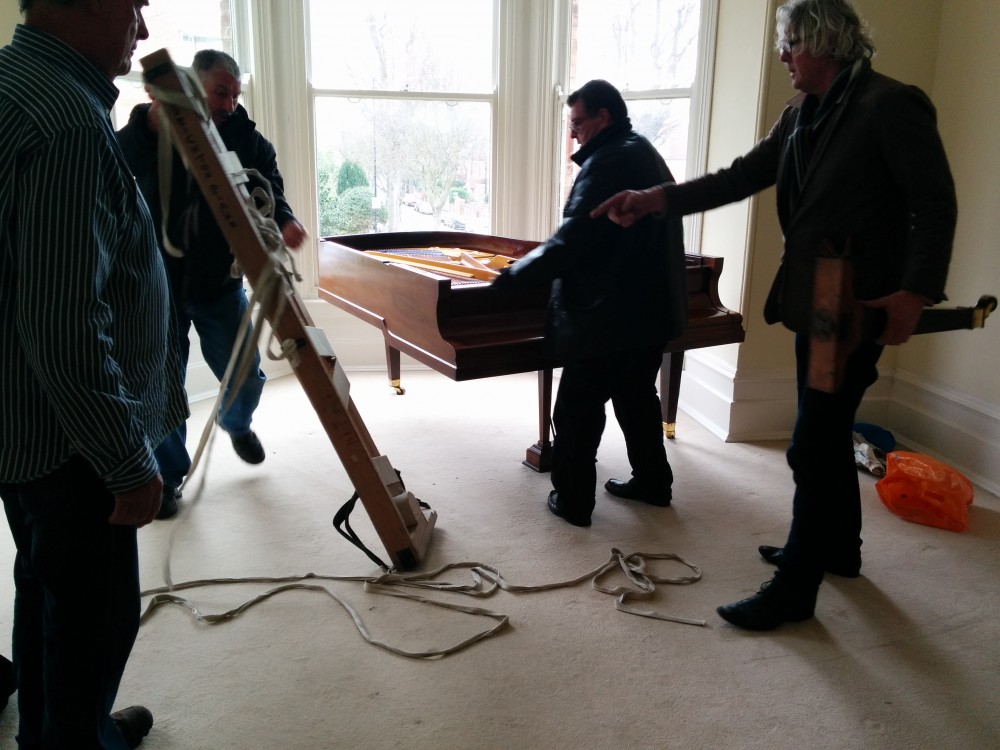