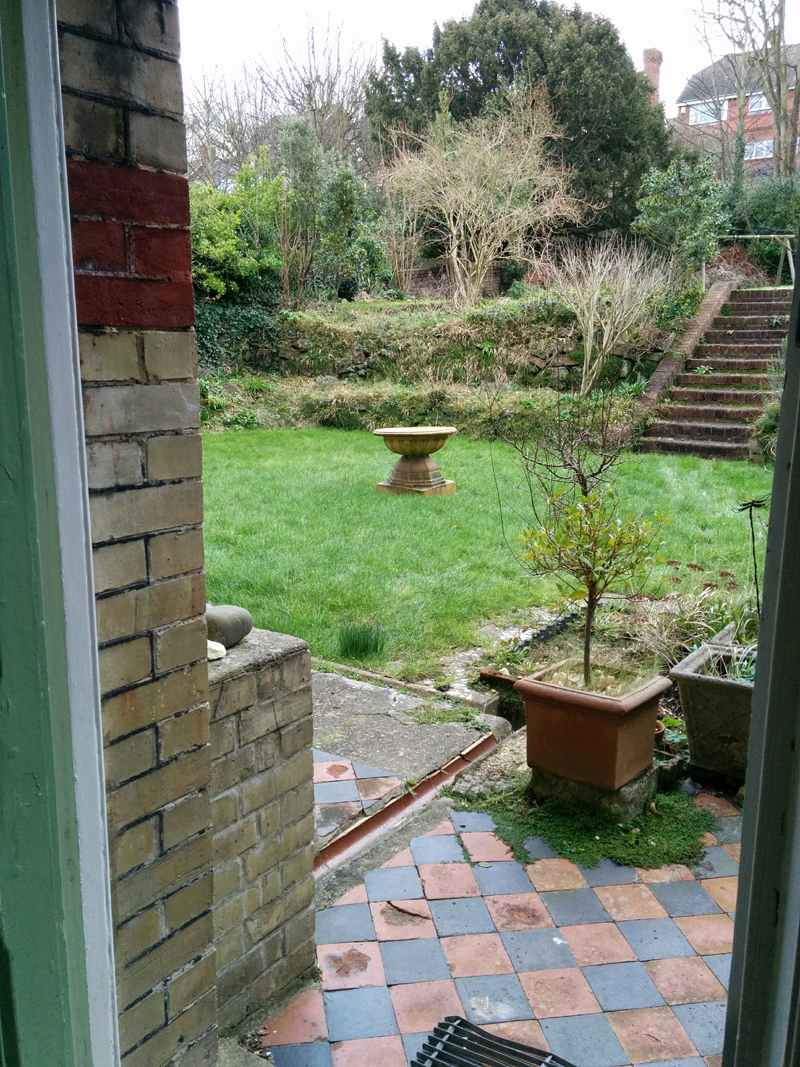 Everything in the garden’s lovely

We wanted a garden, we wanted a project, and we got both. I can hardly believe it’s been a week since we took possession of the flat.

I’ve spent the week making appointments for people come and look it over – sash window specialists, chimney sweep, architectural technician, interior designer, heating engineer, builder, carpenter …we can’t afford to get done everything we’d like straight away, but in my mind the plan is to get quotes for things, plans drawn up and a blueprint in place so we can prioritise and hopefully go ahead as and when. We’ve been agonising over what colour sofa bed to order. More on that in another post!

The boiler appears to be working (hurrah!) despite not having been serviced in maybe four years. Everyone agrees the flat has great potential and doesn’t seem to have a damp problem (double hurrah!)

The strangest thing was when the chimney sweeps (Guy the Chimney Sweep and son Carl – lovely chaps) discovered that the chimney to the fireplace in the living room didn’t go anywhere … it seems builders at some point decided to remove the chimney pots in order to build a gable end roof over the chimney, but didn’t cap it off properly. But the fireplace had obviously been used as there is burnt wood and charcoal in it. Curious! So Guy then lit a match and sent some smoke up the chimney and we watched from outside as smoke billowed from under the guttering! Basically, whoever had been living in our flat had been lighting fires, and the smoke had nowhere to go except out from under the roof and almost certainly into the top flat – frightening! So that put paid to our ideas of a lovely open fire. On to plan B!

Yesterday after finishing work I went over and spent the last hours of the day in the garden. I took a few tools with me and just did a bit of clearing of moss and weeds and investigated the shed (lots of rusty tools, pots of old paint, some wooden stepladders, and what looks like a useable lawn mower).

It was so quiet. Two robins seemed to be singing to each other, the sun went down and I carried on as long as I could before going in. I can’t tell you how happy I felt just standing in the garden, looking around and thinking ‘it’s all ours’, imagining all the hours we have ahead of us here. Yes it’s a project, and it’ll be a lot of work, but I’m ridiculously happy at the thought.