I am such a townie, and have never grown fruit or vegetables, unless you count the potato plants I inherited in the back garden of a flat I rented in Brighton 30 years ago.

Before we even moved to Eastbourne one of the things we talked about doing was growing fruit and veg, and in May, with the garden starting to fall into shape, we thought we’d give it a go (before it was too late for this year). So towards the end of May we sowed some courgette, spinach, broccoli, green beans and coriander seeds and germinated them in seed trays in the summerhouse, which we realised was a pretty good greenhouse. Seeing the first seedlings break through was absurdly exciting!

The courgettes and beans were fast to appear, and when they each had two or three leaves we transferred them to larger, individual pots. We planted out the courgettes in a side bed in front of a fence, thankfully I obeyed the advice to leave plenty of space between them because the leaves grew enormous! 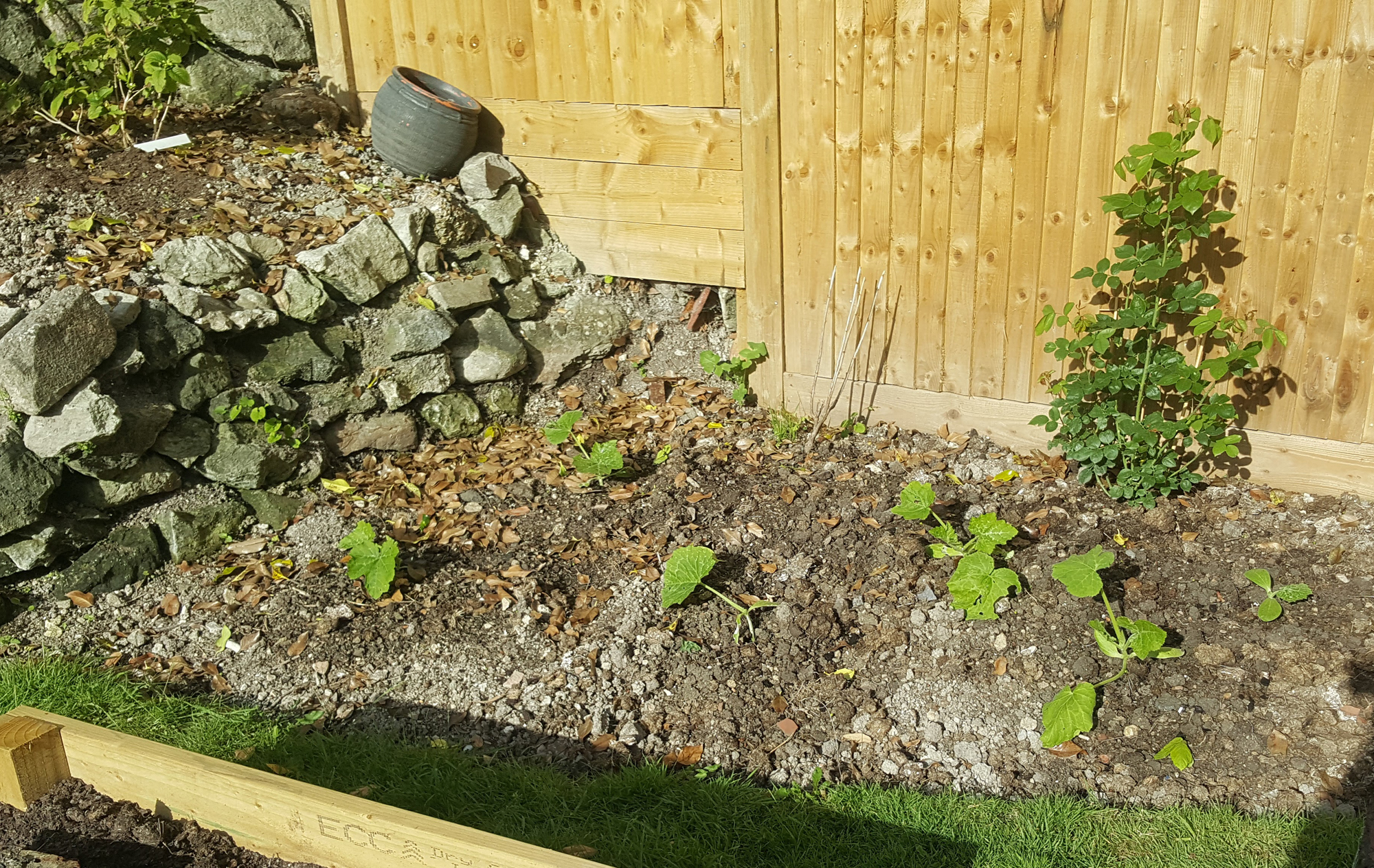 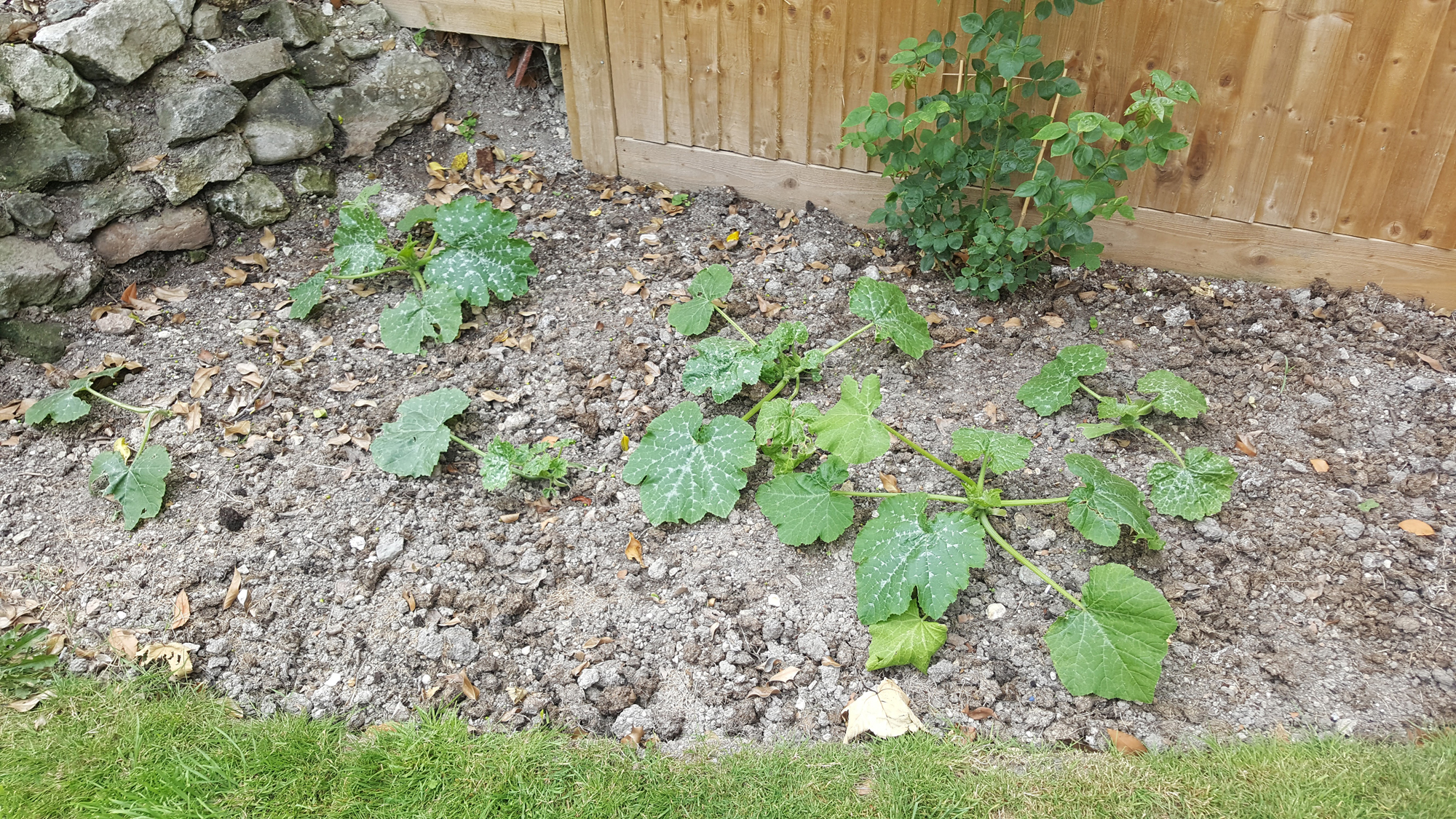 The earth in this bed wasn’t great but we supplemented it with several bags of well-rotted horse manure – we’ve found a good source not far away where there’s always a huge pile of muck and the owner is happy for us to take away as much as we like – so far we’ve used about two dozen bags of it on the garden! We’ve also be been using chicken pellets to enrich the soil when planting out, and it all seems to be paying off.

Meanwhile, we ordered the raw materials for two raised beds and got to work making them and then filling them with compost, topsoil and yet more manure. This stage was a tad backbreaking I have to admit. 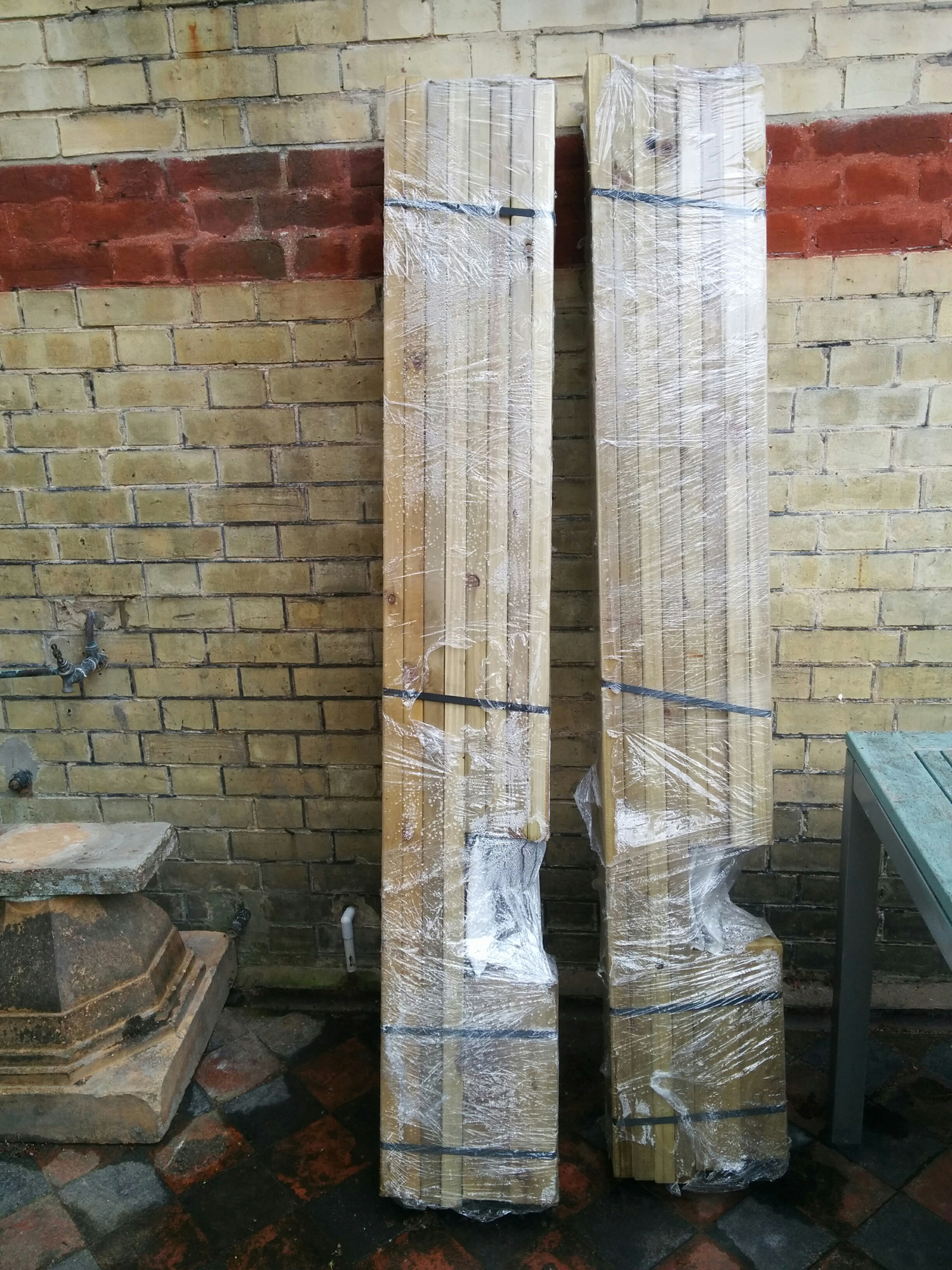 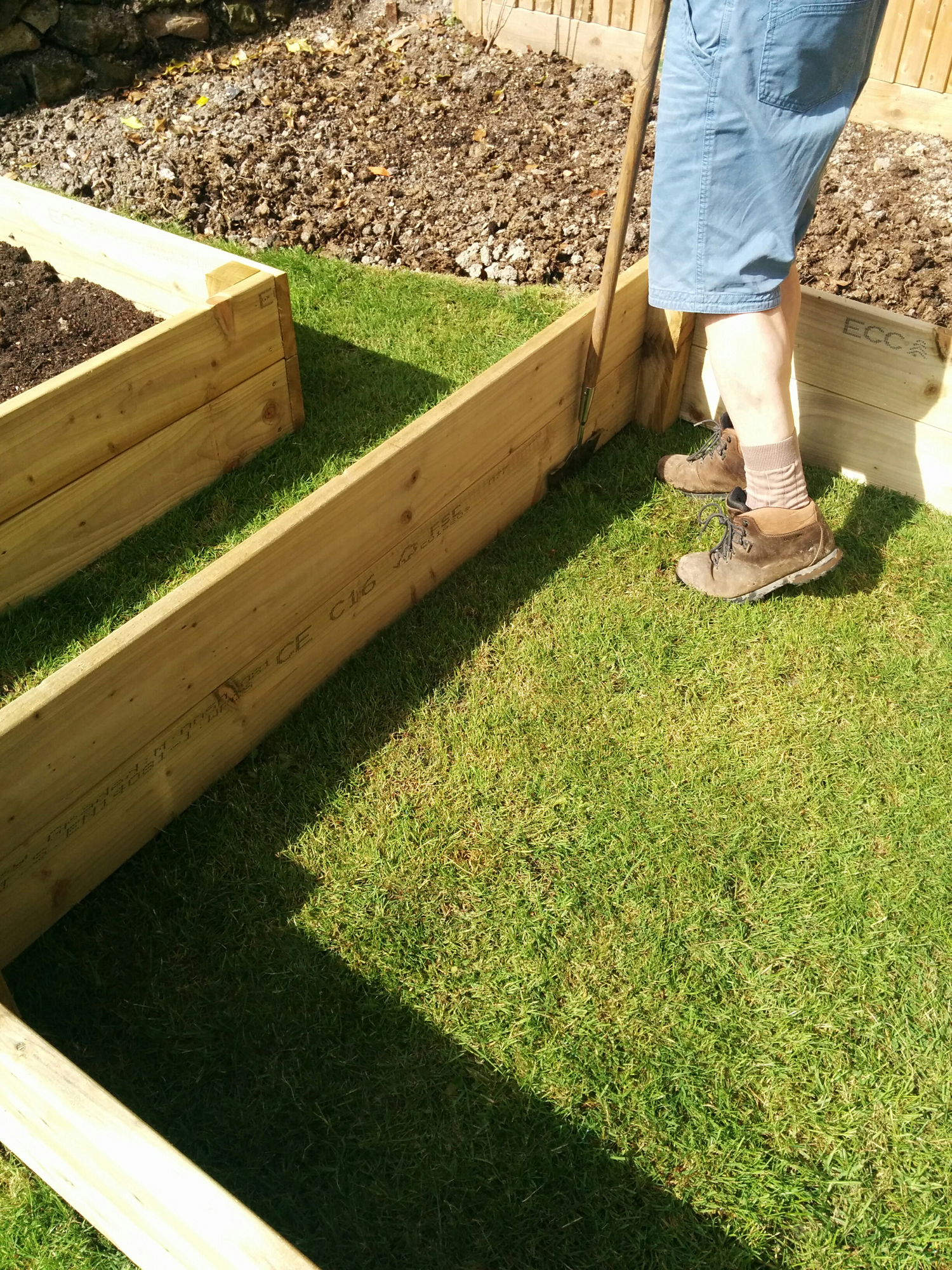 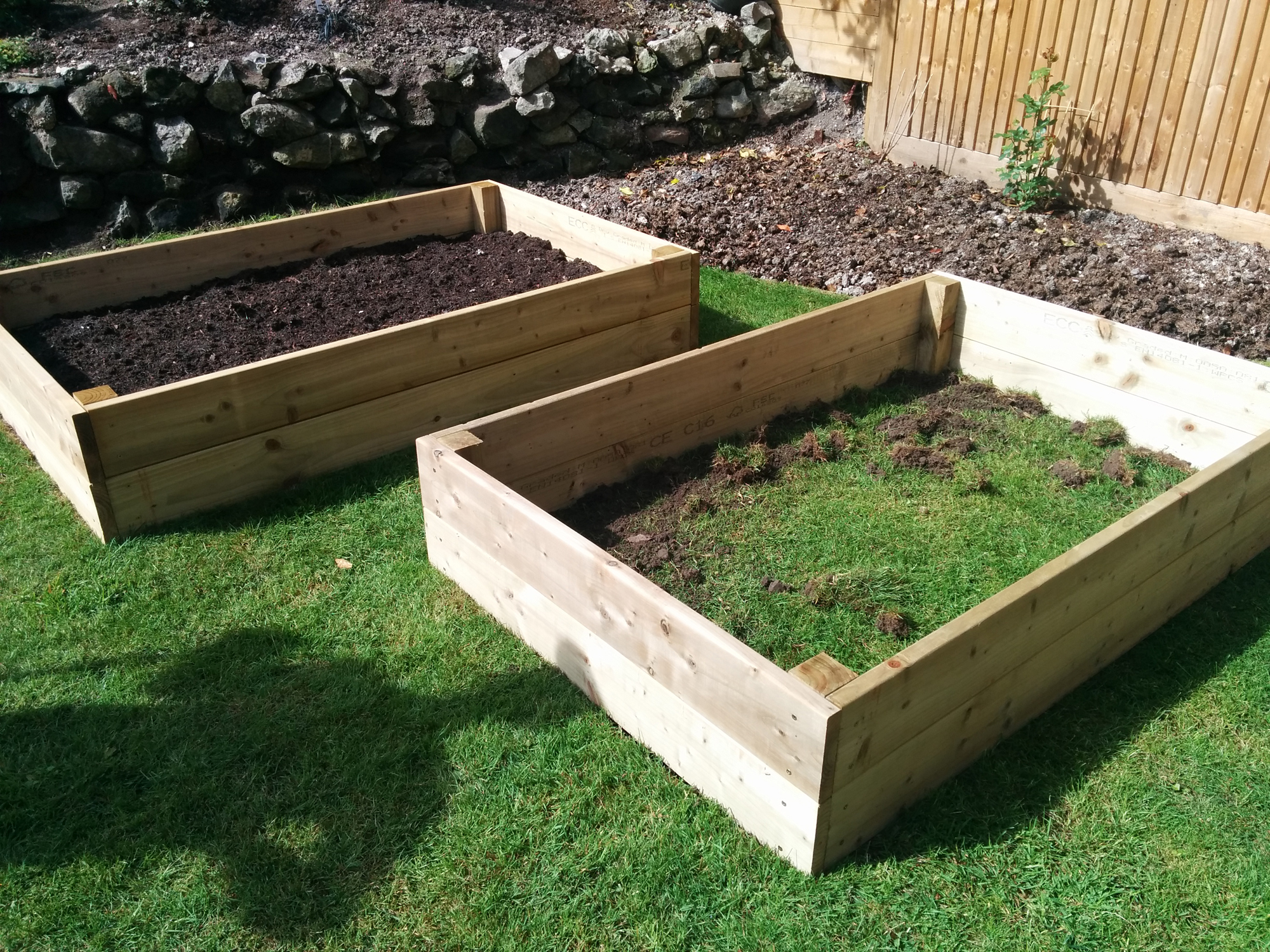 We then created some teepees for the beans, placing two bean plants to each pole. But we didn’t follow the instructions to place the teepees three feet apart – this could yet be a problem…we just had no idea how big they would get! We started with two then decided to put another one in. Eeek! 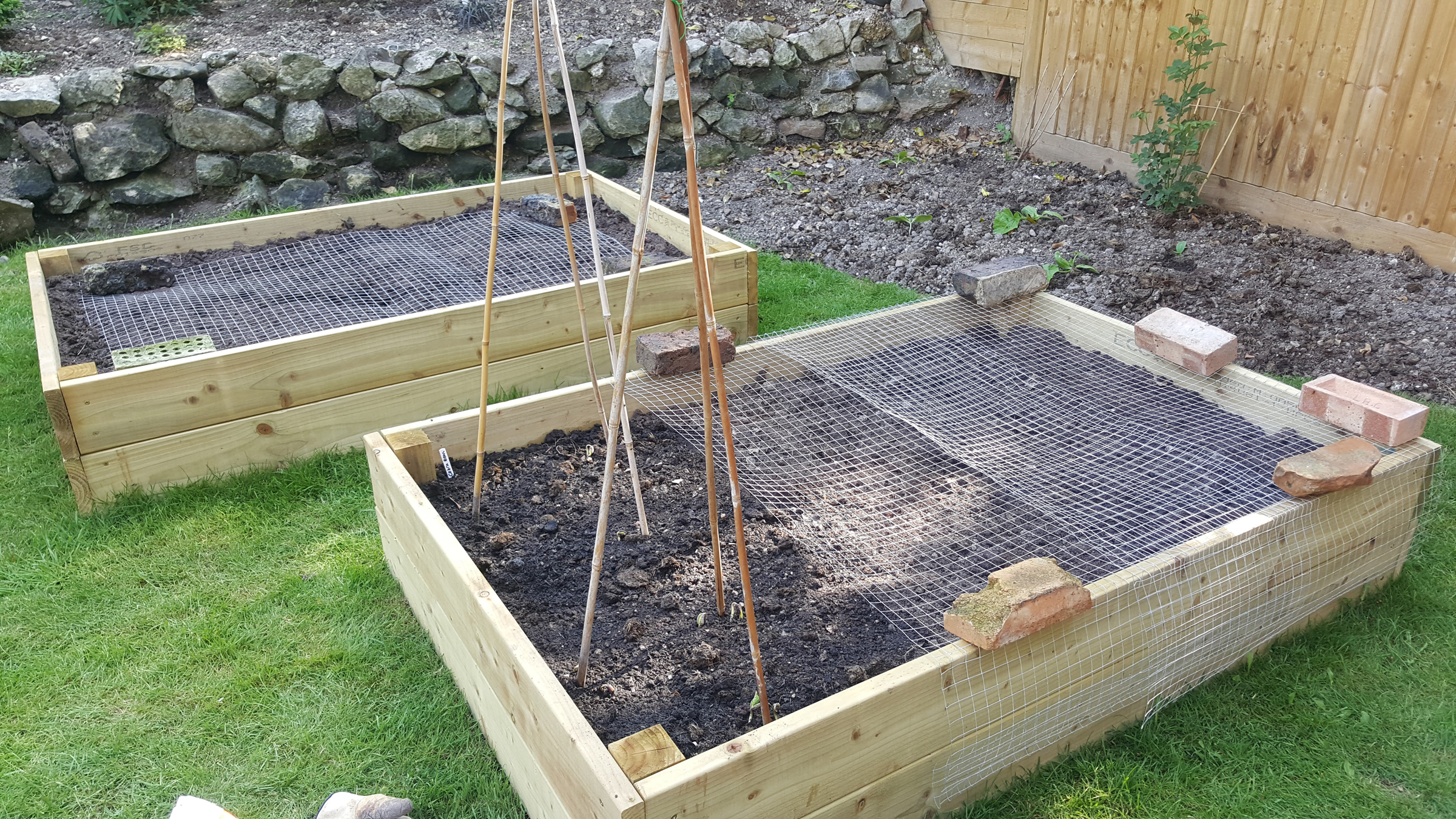 In less than a month, the beans were so tall and strong we’ve now having to pinch them out at the top. There are little purple flowers coming, but now I’m a bit worried that with the plants so close together there may not be enough light getting to them for the beans to grow. 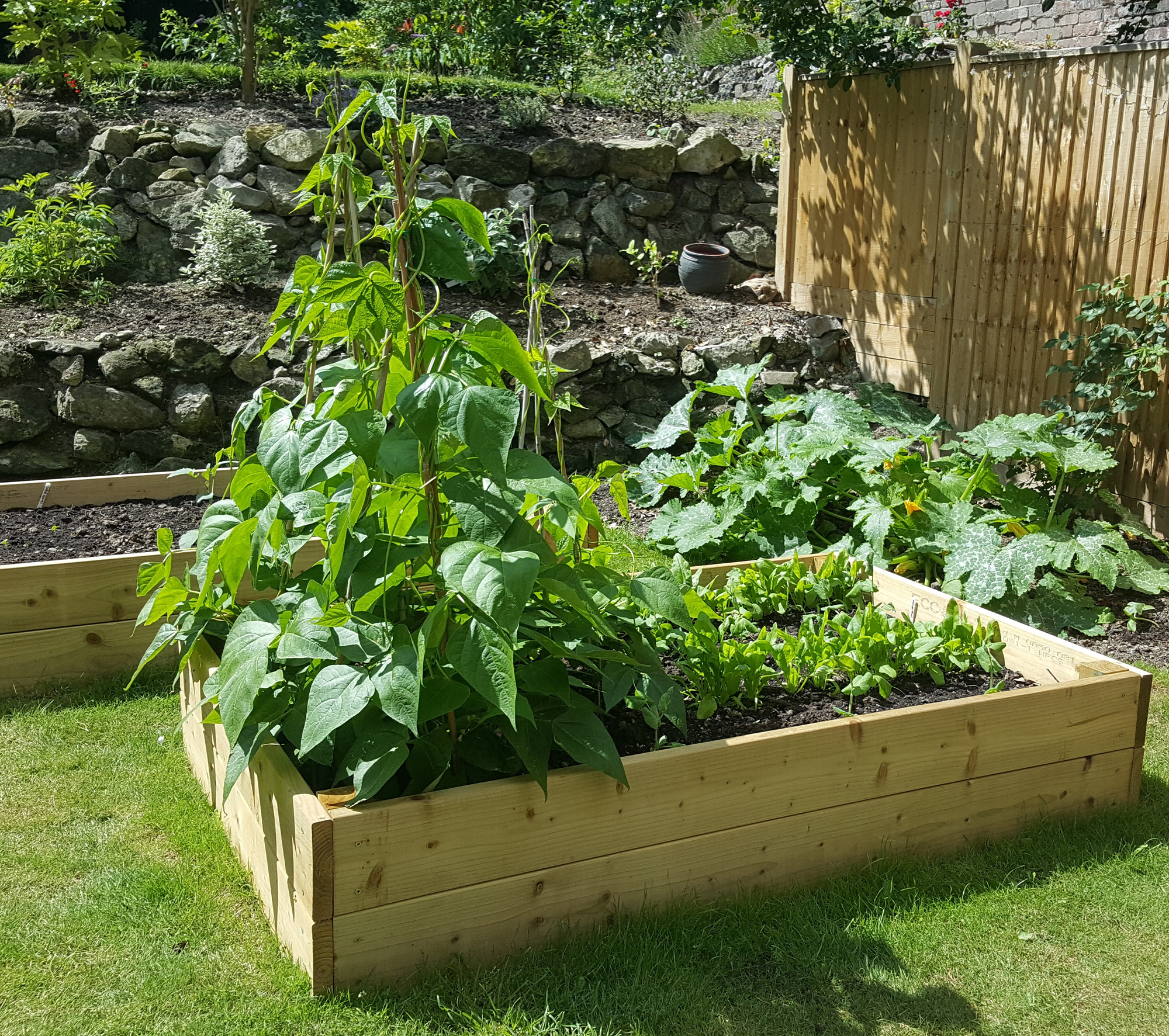 Meanwhile, the first courgettes are appearing and I’ve thinned out the mangetout (which are growing between the spinach) although they too are still a bit too close together. 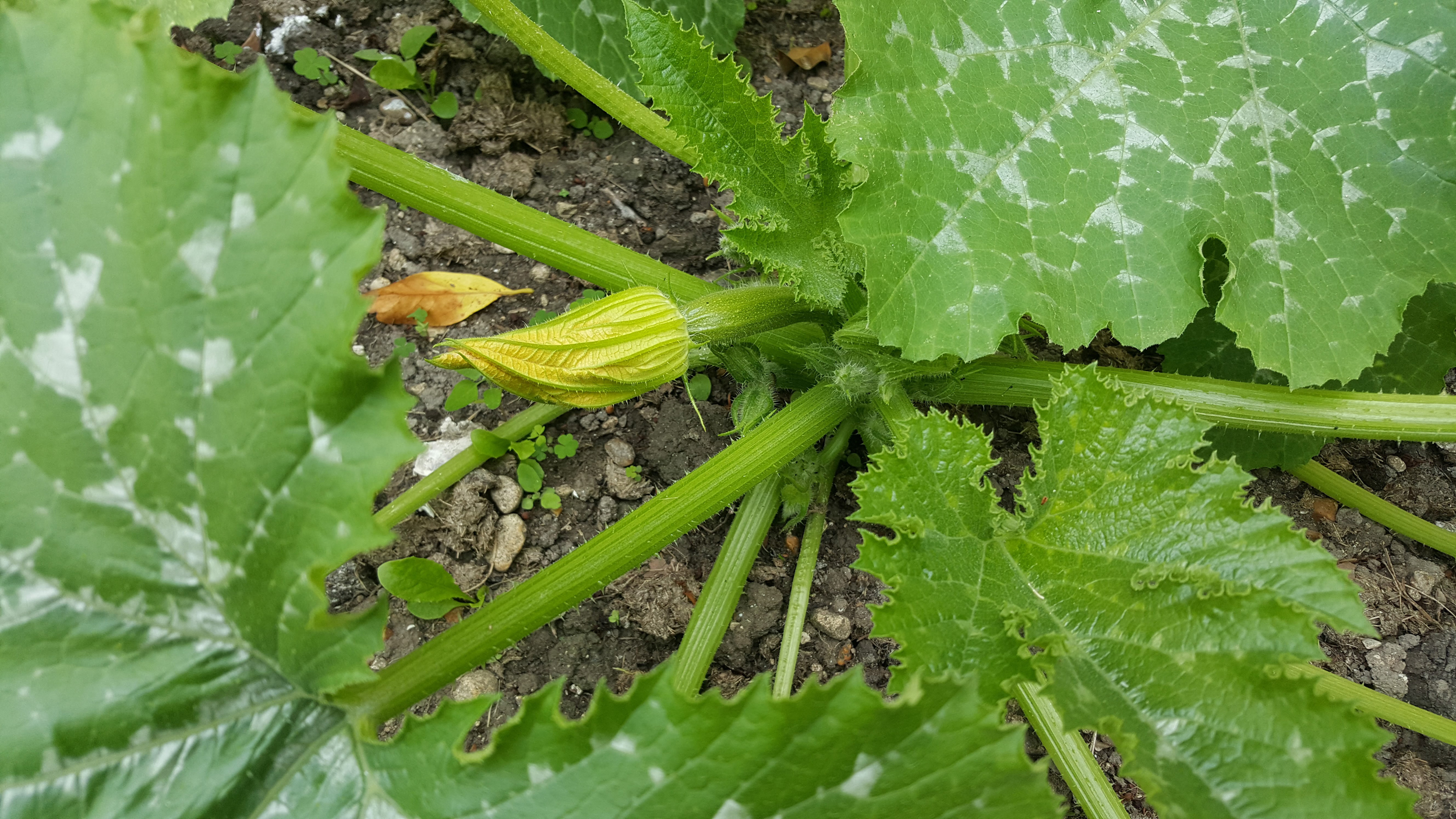 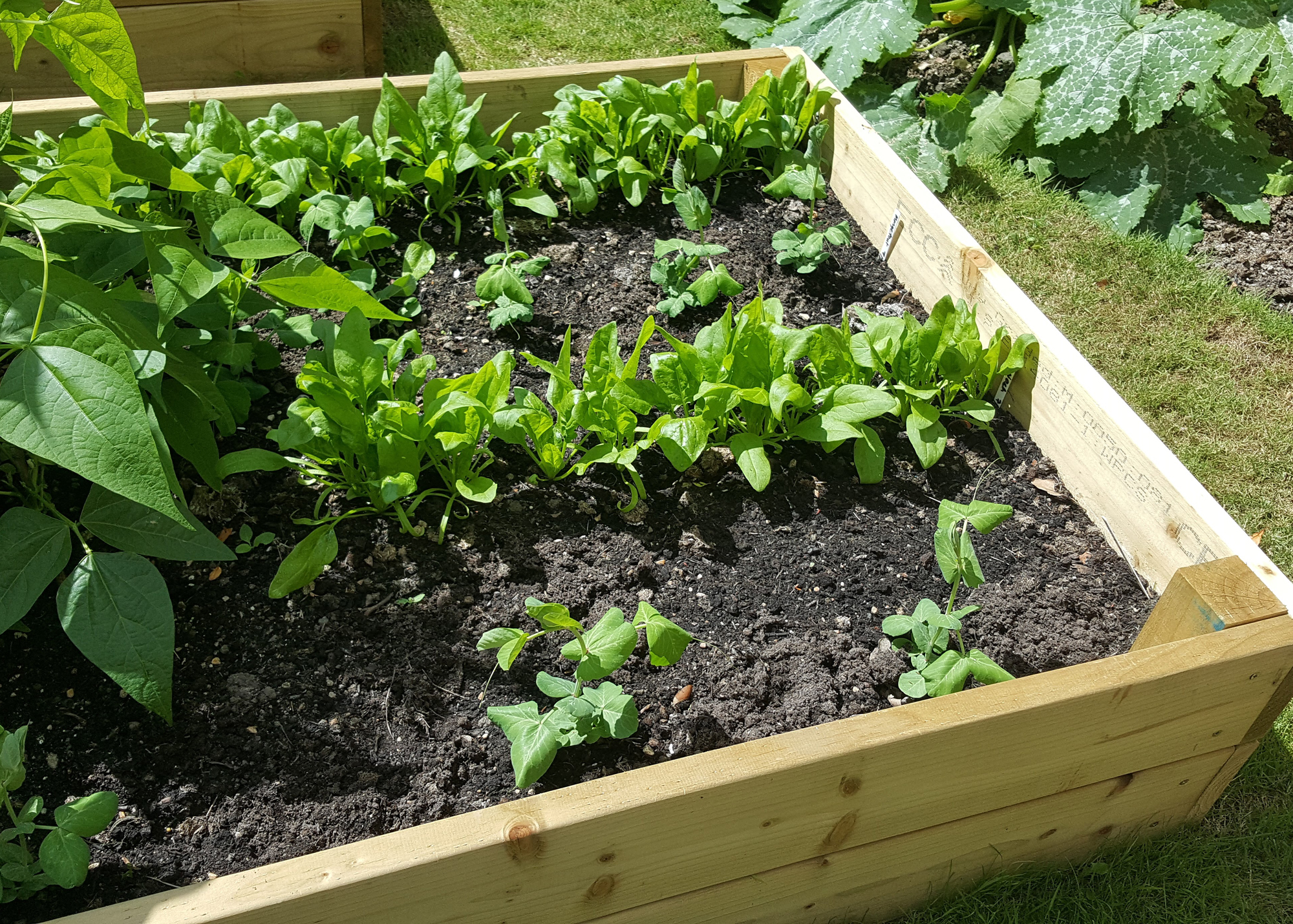 So yesterday we picked the first spinach, and the first courgette, even though it looked very small it was lovely in an omelette, and with spinach lightly dressed… 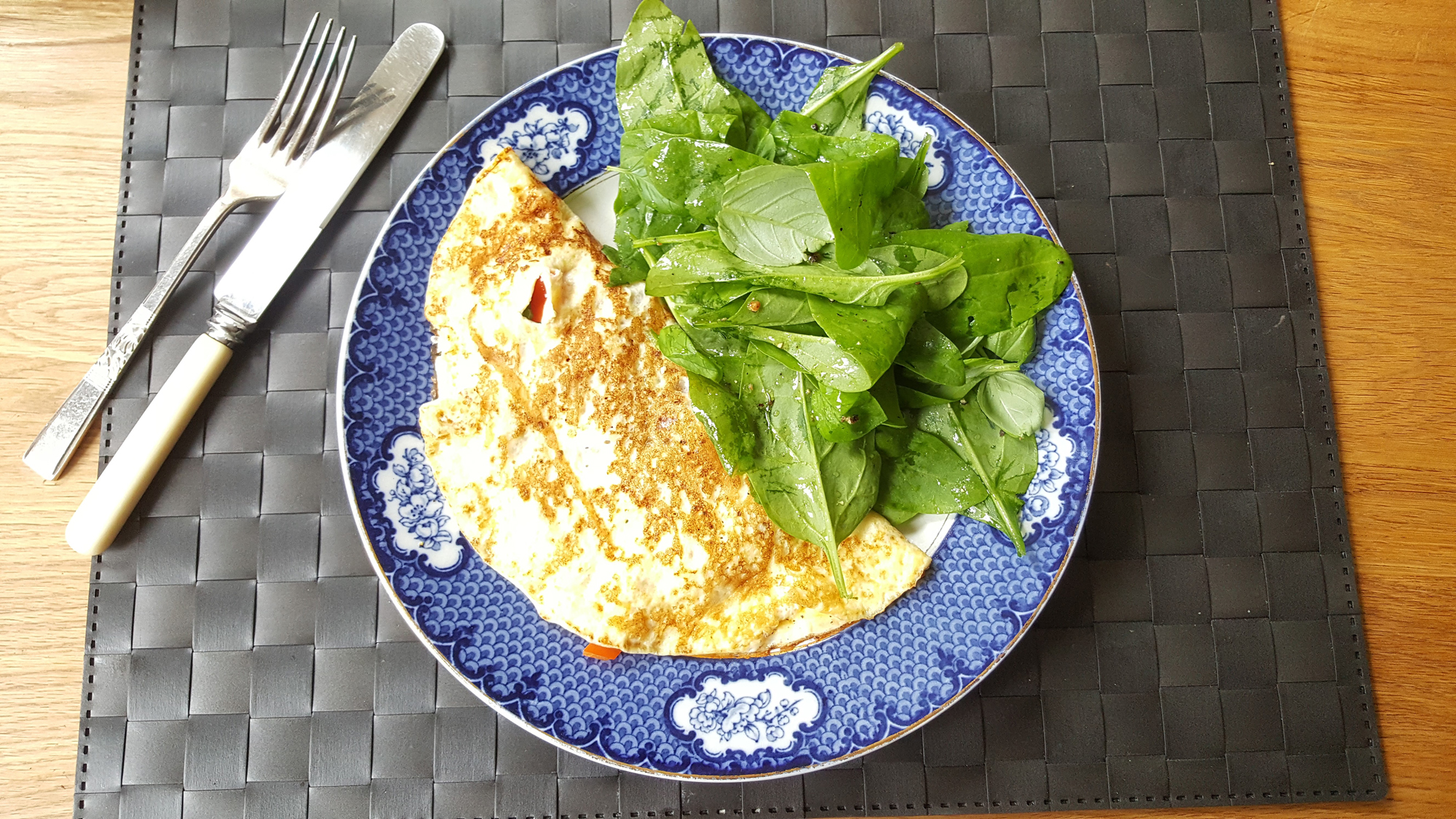 I can’t tell you how exciting it is to have grown this food from seed! Although I’m sorry to say the aubrietia never made it – I planted the seedlings out very early when they were rather weak, and the slugs had a nice snack of them.

I’ll keep you posted on the rest …. the broccoli won’t be ready until next spring, but the beans? Will they suffer from overcrowding? And will the mangetout survive yet more thinning out? We’ve still got a lot to learn!