Rugs, and a stripped floor

We’ve now had the living room floor stripped. The carpet had been getting more and more grubby, and it was already stained when we moved in, so were very happy to see the back of it.  Here’s a reminder of how the room looked when we moved in:

When we had the carpet up last year, to decorate, to have the electrics done and the gas pipes laid, we noticed then that the boards were in good condition, albeit with one or two flaws – the odd hole where some pipe or other used to be, and some new patches. We also had to patch up the boards around where the old concrete hearth lay. 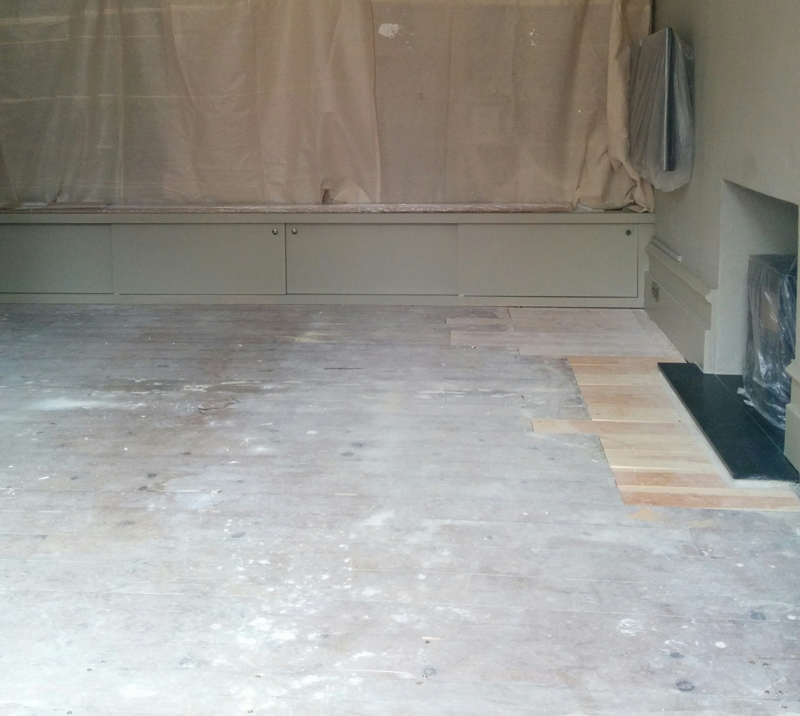 The firm who came to do the stripping said it would have been better to use reclaimed boards for the repairs, as the colour wouldn’t be too much of a contrast.

However, they managed fine – they took up hundreds of screws and re-sunk them, sealed up all the gaps & holes in the floorboards, sanded, stained and varnished all in one day! There was no mess and the smell of lacquer was gone in a day or two. We were absolutely thrilled with the finish.

Although the same look would be nice in the music room, we have neighbours below and above  the room and it wouldn’t be considerate in terms of noise transference to have a hard floor.

Meanwhile we needed a rug in the living room. The plan was to move the blue and cream rug that we had in the music room to the living room, and replace it with another big old rug. Since finding the blue and cream rug at a Gorringes auction in Lewes, we’d been on the lookout for something similar. And just week before the floor sanders were due, we spotted some rugs at the Gorringe’s Monday auction and went over to see if we could get one.

As soon as we saw it, we knew we had to try to buy it. It has a mostly red and green pattern, no stains or holes, very good condition. And it’s big – 4.75m by 3m. We weren’t 100% sure it would even fit the room, but we took a chance – big rugs don’t come up very often. We were up against two other bidders but we held our nerve and bought it within the guide price.

The rug went very easily in our car, but getting it out and into the flat the next day was less easy with just the two of us – we needed to use the wheelbarrow in the end! It was also a job to get it in. It was VERY heavy. Luckily a neighbour was in and able to help lift the piano leg for me to get the last bit of carpet underneath. We’re very pleased – it only just fit the room – but it’s very classy, it covers the main stains and is MUCH cheaper than having the room recarpeted. 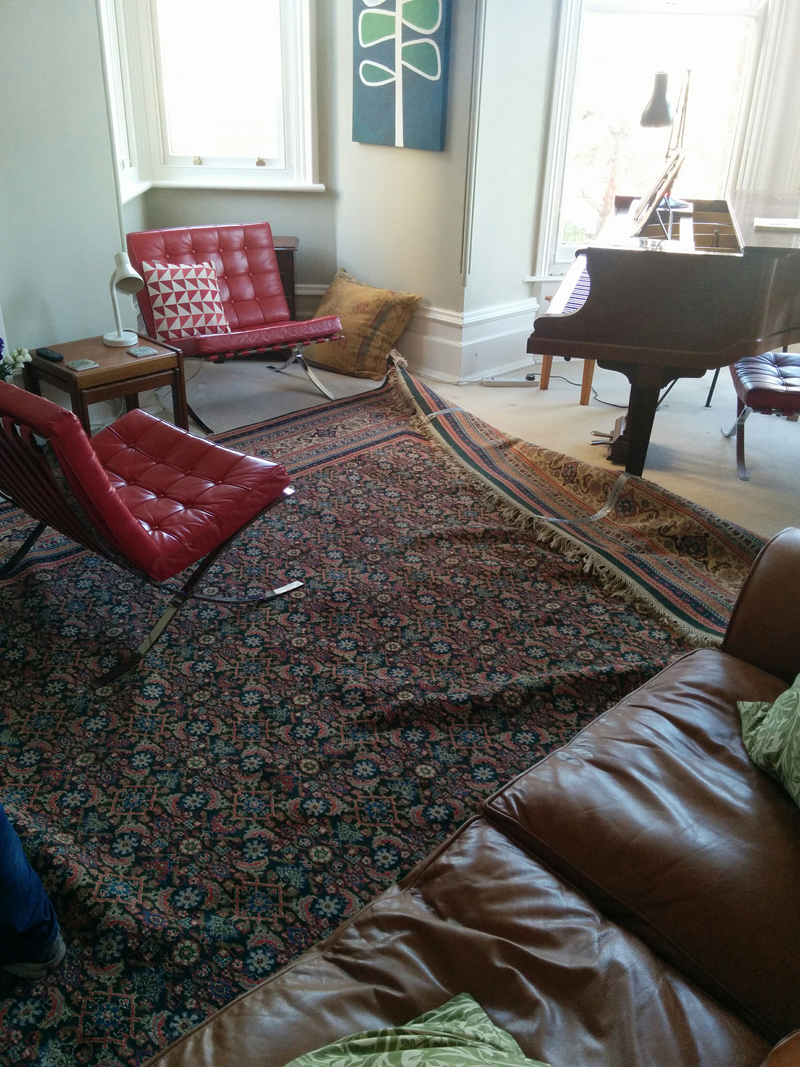 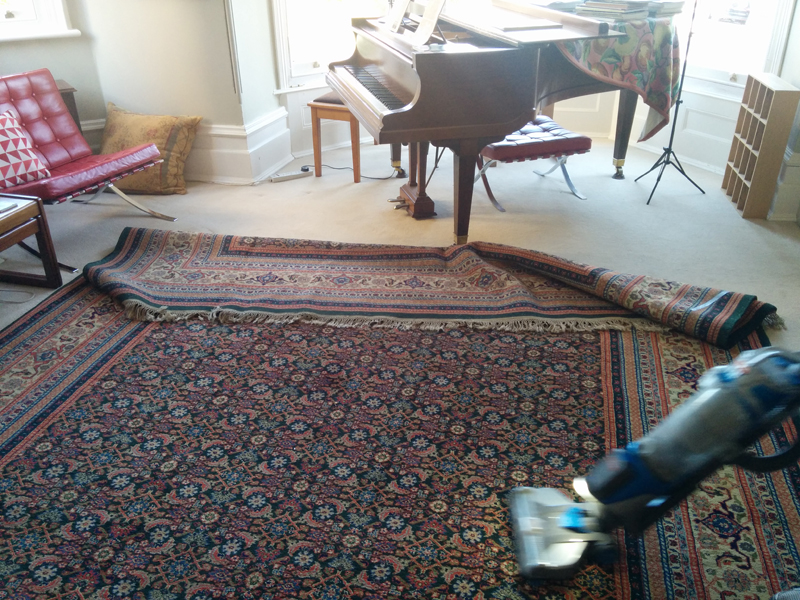 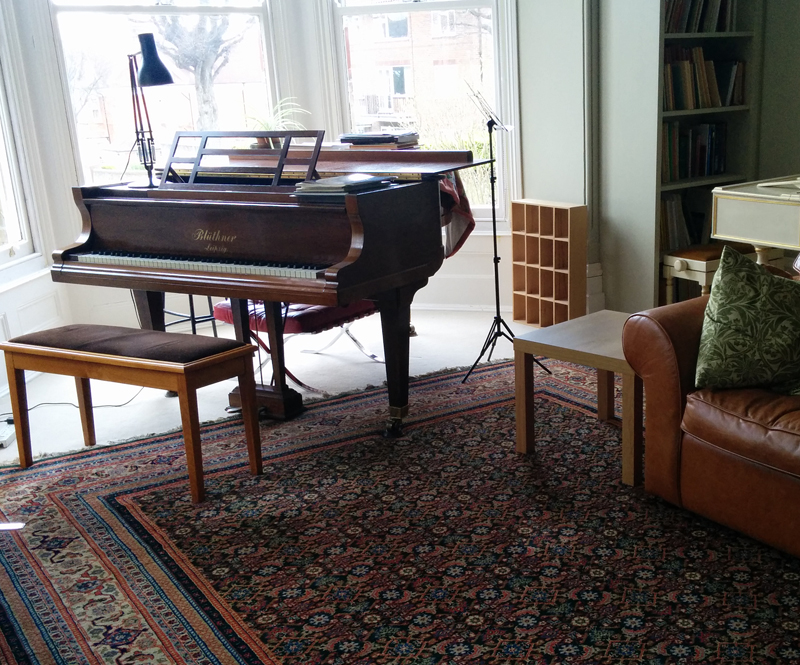