A collapsed wall and a load of manure

We recently woke up to find one of the rockery walls had collapsed, smashing a pot and smothering foxgloves, not to mention quite a few bulbs. Perhaps it was rain that caused the earth to move, and/or the sheer weight of the top bed pressing on the wall, which may have been unstable for a while. 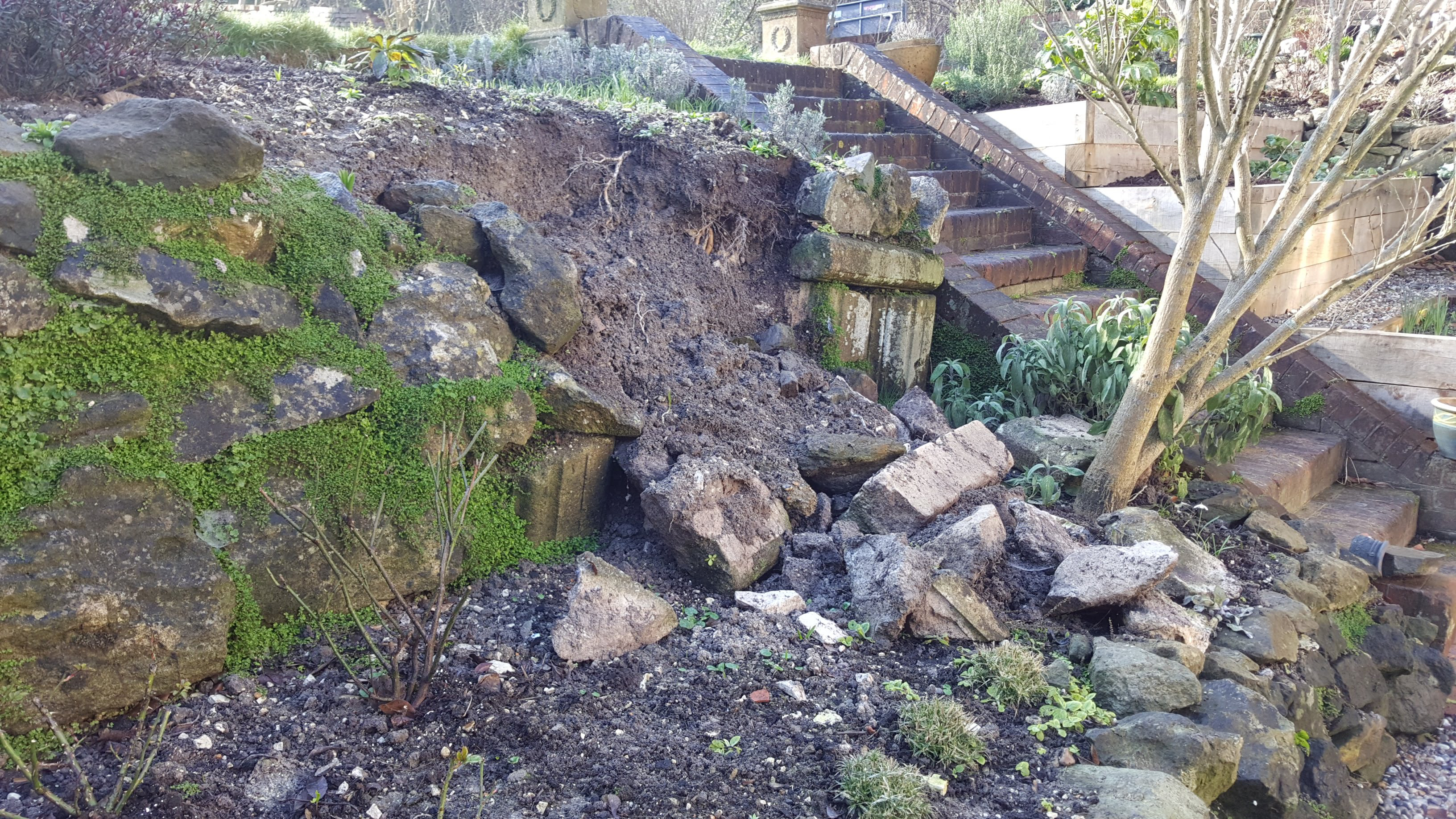 It’s part of a wall that extends from the steps to the pond, and it’s never been very pretty, but it does a big job. We decided to call the guys who did the landscaping last year (they hadn’t touched this bit of wall) and basically have asked them to rebuild the entire stretch for us. We know they’ll do a great job. So it’s just a question of waiting for them to fit us in.

On a more positive note, we’ve discovered a pony sanctuary just outside of town with a humungous pile of dung! Off we went with our 14 empty bags (we’ve been saving them up!) and dug deep for the well rotted stuff to bring home. The folks at Little Bramley Farm were very friendly, and being half term there were a number of youngsters helping out, including two small boys who were very curious as to what we were doing! A black and white cat decided to explore the inside of our car, leaving his muddy paw prints all over the seats and dashboard. Oh well! I took on the car interior cleanup when we got home and left Nick to do the muck-spreading. We had enough for four of the raised beds (there are bulbs growing in the fifth), most of the top border, around the bases of roses and other shrubs, and the bed under the pergola.

Meanwhile we’re enjoying the broccoli and looking forward to some daffodils and tulips soon.

Our two goldfish, which hibernated over the cold weeks of January, have reemerged and seem very happy. 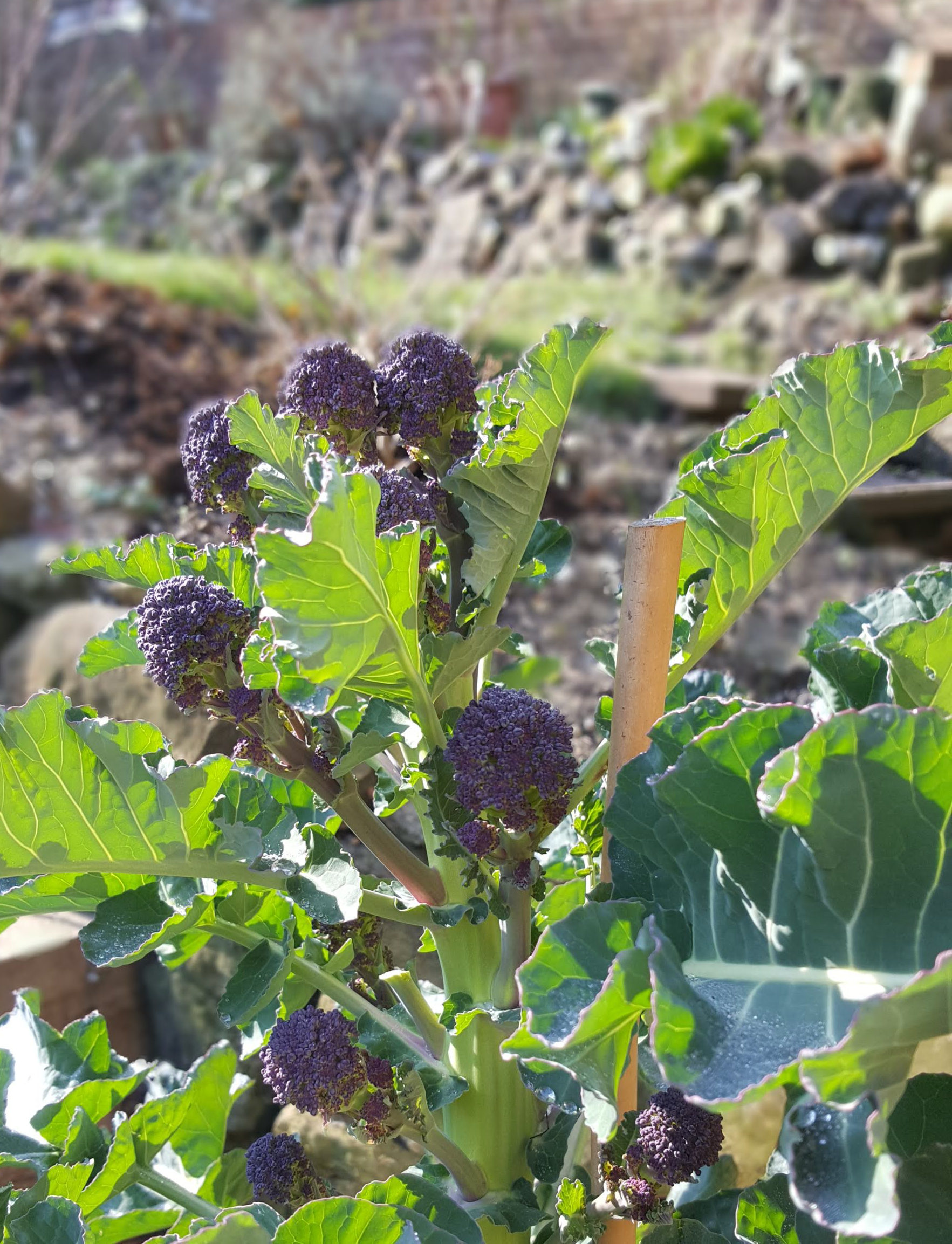 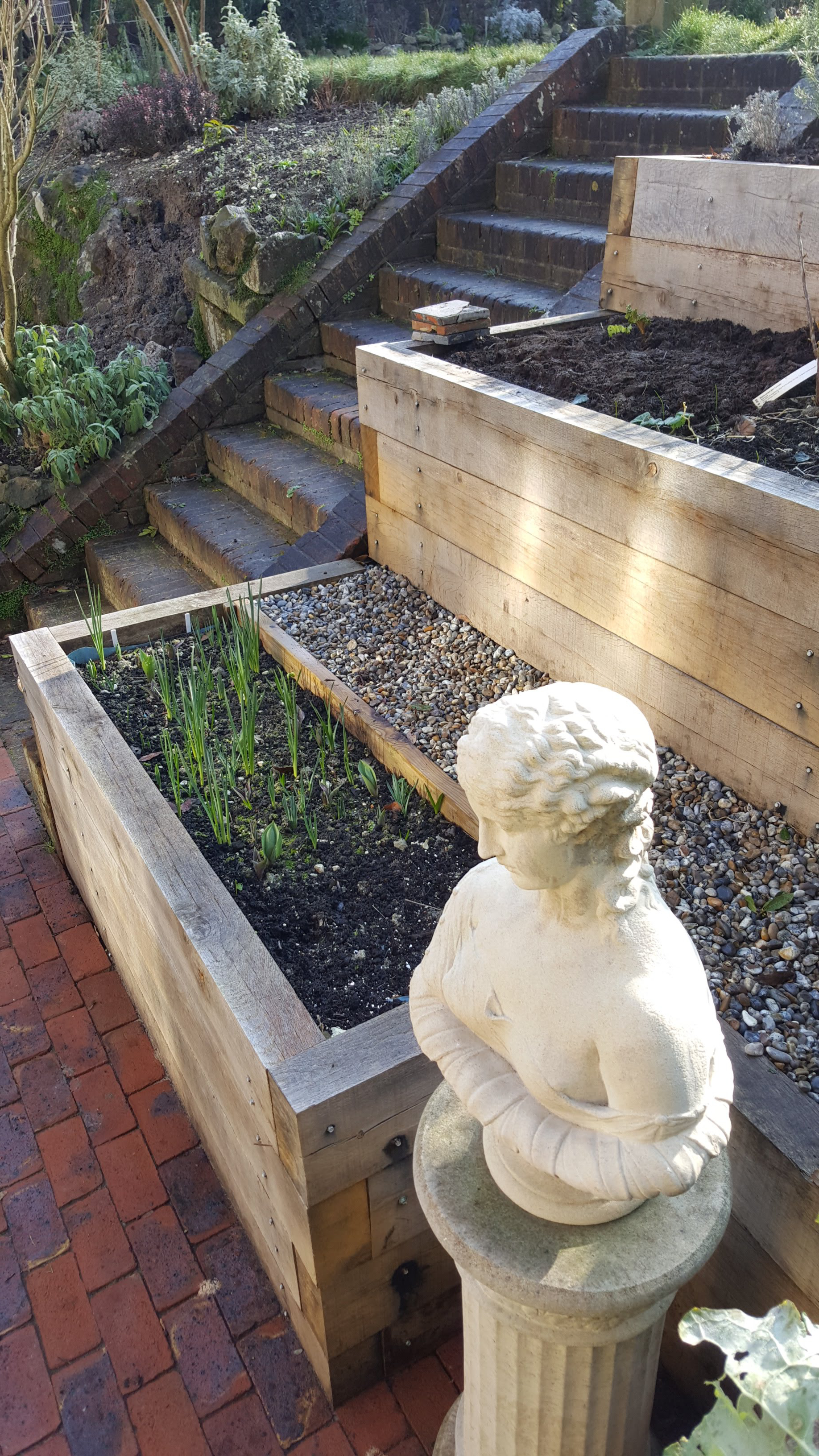 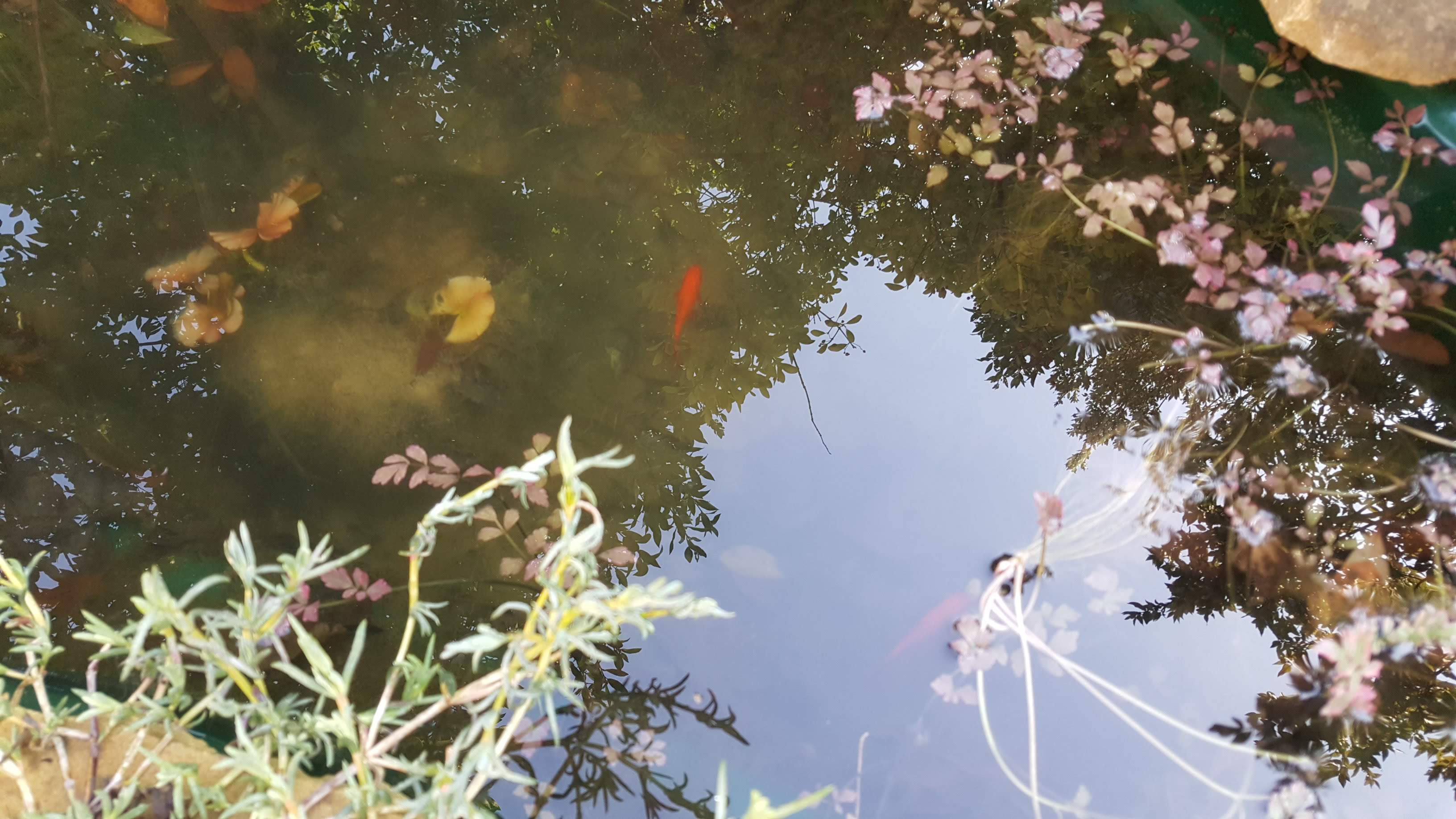